Real estate demand in Russia began to gradually decline after a sharp rise in 2020. Specialists of housing selection services told RT about this. According to experts, even at the beginning of the coronavirus epidemic, Russians' interest in buying apartments increased at a record pace against the background of the introduction of state preferential programs, a decrease in the Central Bank rate and the desire of people to invest savings in square meters. According to experts, this state of affairs has resulted in a sharp rise in prices for real estate in the country. However, analysts are already talking about a decrease in excitement in the market and register a slowdown in price growth. At the same time, suburban housing is now in increasing demand among citizens. 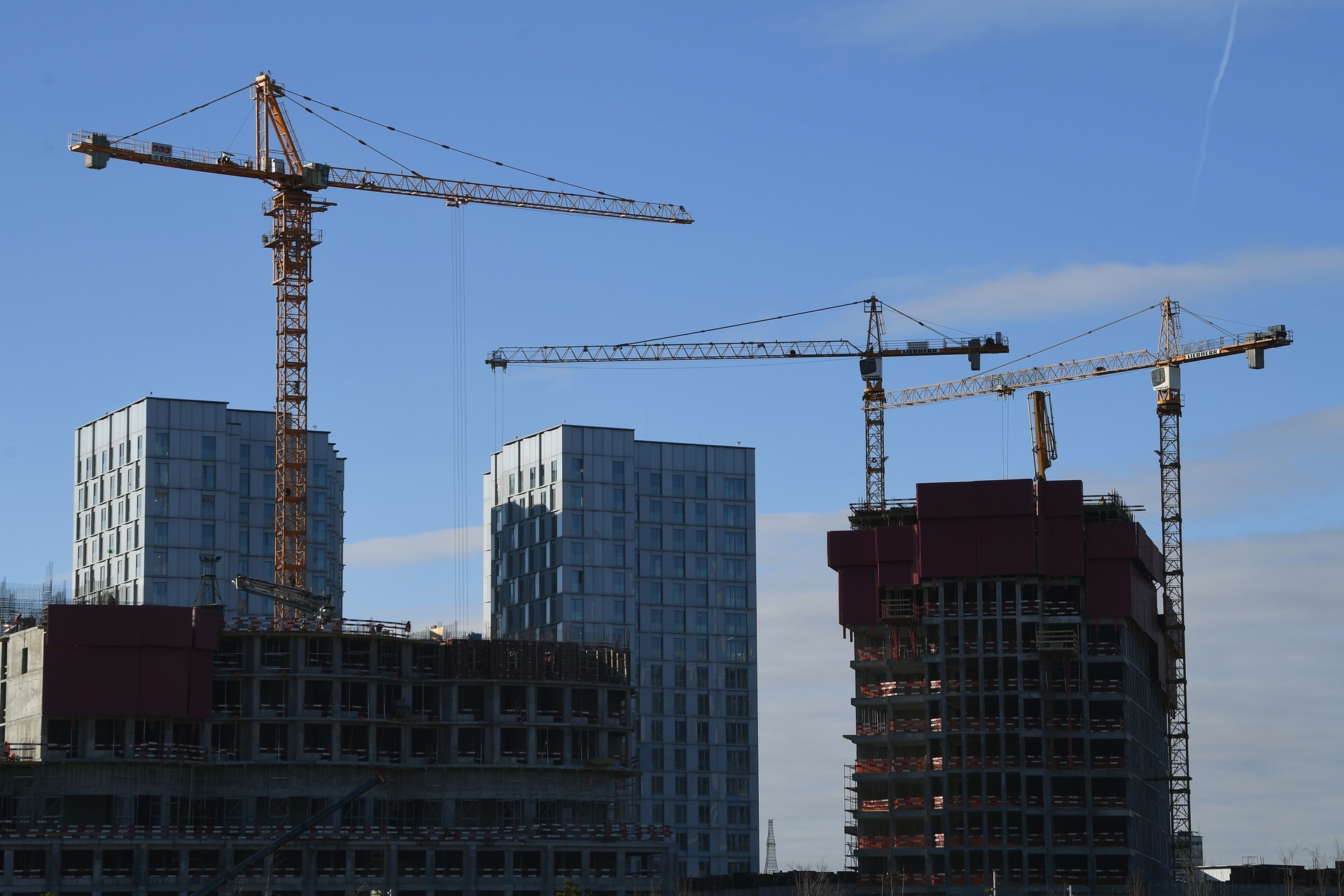 At the moment, the demand for the purchase of housing in Russia has begun to stabilize after the explosive growth in 2020.

Experts from Avito Real Estate told RT about this.

“In May 2021, there was a tendency for stabilization in the market, and the“ buying boom ”observed last year began to gradually decline.

So, compared to March 2020, now the demand for apartments in new buildings has decreased by 28% on average in the country, and for secondary housing - by 10%, "said Dmitry Alekseev, head of primary and suburban real estate at Avito Nedvizhimost.

According to the company, in 2020 the demand for apartments in new buildings increased by an average of 23%.

The highest interest in buying housing was shown by residents of Moscow and Yekaterinburg (an increase of 350%), as well as St. Petersburg (64%) and Rostov-on-Don (51%).

A similar assessment of RT was provided by analysts of the DOM.RF company.

According to experts, in total, from January to December 2020, 1.8 million housing loans were issued in Russia for a total of 4.4 trillion rubles, which became an absolute record for the entire time of observations.

Compared to the 2019 level, the mortgage market grew by 36% in quantitative terms and by 51% in monetary terms.

“Against the backdrop of the pandemic and the global crisis, many people were afraid of losing their savings and, if possible, began to invest in the most understandable tool for them - real estate.

In addition, the demand was fueled by the preferential mortgage program.

As a result, citizens who had previously postponed the issue of purchasing housing, nevertheless decided to take this step, "said Pyotr Gusyatnikov, senior managing partner of the law firm PG Partners, to RT.

Recall that in April 2020, Russians were able to get a loan at a preferential rate of 6.5%.

Initially, the initiative was designed for almost six months, but later the government extended its action until July 1, 2021.

You can get a loan at a reduced rate when buying apartments in new buildings worth up to 12 million rubles in the Moscow and St. Petersburg agglomerations, as well as up to 6 million rubles in other regions of the country.

According to Russian President Vladimir Putin, the initiative has become one of the key anti-crisis measures to support citizens and the economy during a pandemic.

According to DOM.RF, in 2020 every fifth mortgage loan in Russia was issued under this program.

“In total, during the period of the preferential program, more than 500 thousand Russian families have improved housing conditions with its help, and the amount issued amounted to over 1.5 trillion rubles,” Mikhail Goldberg, head of the DOM.RF analytical center, told RT.

During the pandemic, Russians' interest in purchasing real estate also increased due to a general decline in market rates for housing loans.

This opinion was shared with RT by the head of the analytical research department of the Higher School of Financial Management Mikhail Kogan.

According to him, mortgage loans have become more affordable as a result of the actions of the Bank of Russia.

So, in 2020, as part of supporting the economy and business, the Central Bank lowered the key rate from 6.25% to 4.25% per annum - the minimum level for the entire post-Soviet period. Traditionally, banks closely monitor changes in the key rate of the Central Bank and, on the basis of decisions made by the regulator, determine the level of their long-term lending rates, including mortgage rates. Against this background, from January to December 2020, the average interest on housing loans in Russia fell from 9.05% to 7.36% per annum.

It is noteworthy that the decrease in the key rate of the Central Bank led to a drop in the profitability of bank deposits.

So, according to the regulator's assessment, in 2020 the maximum rate on deposits in the ten largest banks dropped from 6% to 4.49% per annum.

Under these conditions, Russians began to invest more actively in real estate, said Alexei Popov, head of the CIAN analytical center, in an interview with RT.

“Moreover, in 2020, many citizens have unused money for holidays due to the closure of borders.

These funds were, among other things, invested in the acquisition of real estate, ”the expert added.

Note that the rush demand in the housing market has led to a noticeable rise in prices for real estate in the country.

According to CIAN experts, over the year the cost of apartments in new buildings in Russian cities with a population of over 100 thousand people increased by an average of 22%.

At the same time, prices in the secondary market rose by 19%.

However, already in 2021, the rate of rise in prices for housing in Russia has slowed down sharply.

Konstantin Aprelev, vice president of the Russian Guild of Realtors, told RT about this.

According to him, since the beginning of the year, prices per square meter in the country have been growing by no more than 1% per month.

As the specialist explained, the majority of Russians who wanted to buy real estate had already invested in housing, so demand began to decline.

“At the same time, even the extension of the preferential mortgage program announced by the President should not lead to a serious rise in the price of housing. The fact is that, within the framework of the initiative, from July 1, 2021, the maximum loan amount will be the same for all regions. This will slightly reduce the demand and prices for apartments in those regions of the country where the most difficult situation was observed, ”the expert said.

Recall that in early June, Vladimir Putin, during a speech at the St. Petersburg International Economic Forum, proposed extending the concessional mortgage program until July 1, 2022.

As part of the initiative, the rate will be increased from 6.5% to 7% per annum, and the maximum loan amount will become the same for all regions of the country and amount to 3 million rubles.

As planned by the authorities, the updated lending conditions should protect the real estate market from overheating and stimulate the purchase of finished housing in Russia.

Moreover, according to Mikhail Kogan, at the moment the change in the policy of the Central Bank allows to stabilize the situation in the housing market.

So, from the beginning of 2021, in order to curb inflation, the Central Bank began to raise the key rate and has already raised it to 5% per annum.

At the same time, experts do not exclude that the indicator will continue to grow in the near future.

“The Central Bank is systematically raising the rate, and by the end of the year its value may reach 6% per annum.

Against this background, the real estate market will also begin to cool down, ”Kogan emphasized.

For years to come

It is curious that during the pandemic in Russia, the average amount of a mortgage loan has also noticeably increased.

So, if from March to April 2020 against the background of the temporary introduction of quarantine measures the indicator dropped from 2.59 to 2.37 million rubles, then in the following months the value began to grow continuously and in April 2021 exceeded 3 million rubles - for the first time for the entire observation period.

Such data are provided by the National Bureau of Credit Histories (NKBI).

“Most of the objects were bought with a mortgage with an initial payment of less than 40-50%.

Against the background of low rates, those who already had real estate, but were going to improve their living conditions, also became more active.

In addition, alternative deals have gained significant popularity, when the buyer sells his home, takes the missing amount on credit and buys a larger apartment, "explained Pyotr Gusyatnikov.

Along with the amount of the mortgage in Russia, the loan term has also significantly increased.

So, if back in March 2020, Russians on average took out a mortgage for 18 years, then in April 2021 the corresponding value exceeded 20 years.

This is evidenced by the materials of the Central Bank.

“Record low mortgage rates have allowed many mortgage borrowers to vary the loan term to get the most comfortable monthly payment.

The actual period for which the borrowers repay the mortgage is significantly less than the official data, but I would like to emphasize that the borrower has a choice - to pay off the mortgage ahead of schedule or make the scheduled payment, ”added Mikhail Goldberg.

According to experts interviewed by RT, the introduction of a self-isolation regime and the closure of borders during the acute phase of the pandemic provoked a high interest of Russians in buying suburban real estate.

According to Avito Real Estate, in May 2021 the demand for cottages and houses increased by 35% compared to March 2020.

At the same time, purchasing activity increased especially noticeably in the category of summer cottages - by 1.7 times.

“As a result of the transfer of many citizens to a remote format of work or study, Russians began to consider suburban facilities as a permanent place of residence, and not just as a place for recreation.

The development of the segment was also facilitated by measures of state support in the form of extending the dacha amnesty, implementing the rural mortgage program and expanding the list of opportunities for using maternity capital, ”noted Dmitry Alekseev.

At the same time, buyers are increasingly considering buying land for themselves, and not a finished house, added Aleksey Popov.

According to him, at the moment almost a quarter of all views of suburban lots are on land plots.

“This is largely due to the approval of a preferential family mortgage for the construction of an individual house. Concessional loans at a rate of up to 6% are also provided for the purchase of a land plot, subject to the conclusion of a contract with a construction company or an individual entrepreneur. This makes such lots more attractive, ”concluded Popov.