With the return to the forefront of the Israeli-Palestinian conflict, Abu Dhabi found itself in embarrassment. Nine months ago, the Gulf monarchy signed an agreement to normalize its re ... 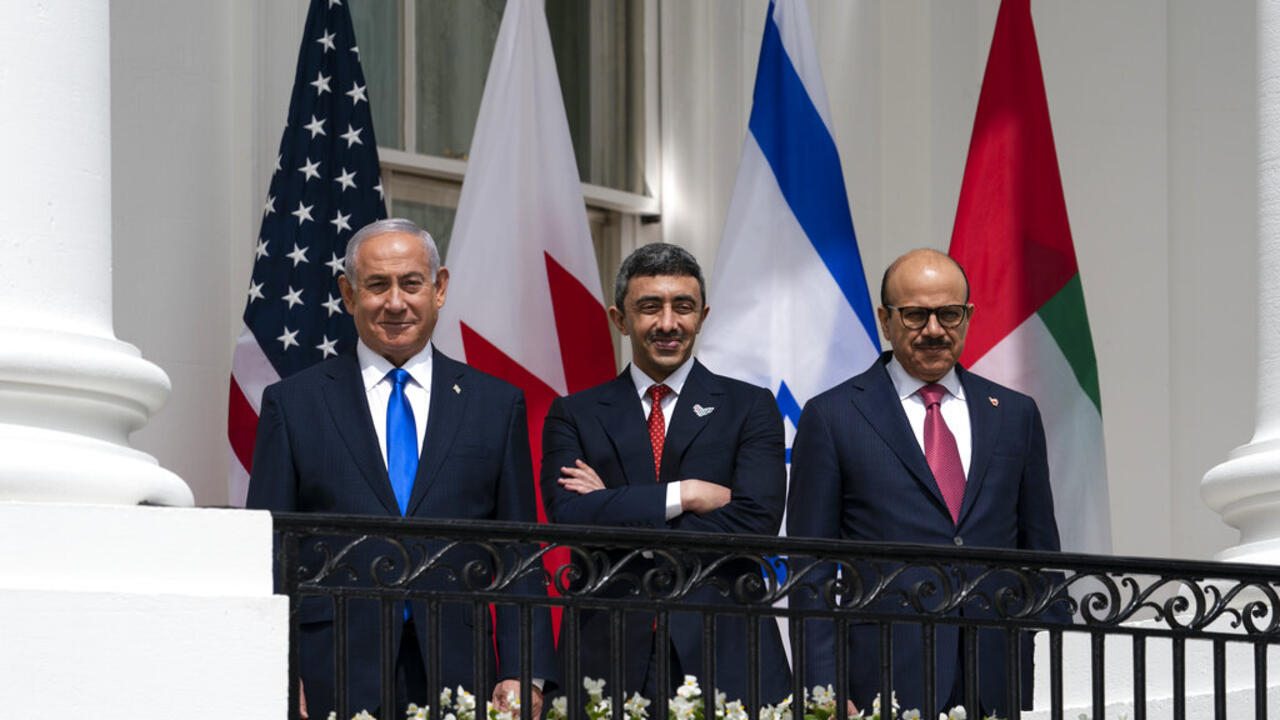 With the return to the forefront of the Israeli-Palestinian conflict, Abu Dhabi found itself in embarrassment.

Nine months ago, the Gulf monarchy signed an agreement to normalize its relations with Israel.

A diplomatic strategy that had already found itself at the heart of many criticisms.

In any case, this is the opinion of Abdulkhaleq Abdulla, an Emirati professor of political science.

, the United Arab Emirates are benefiting directly, especially on the economic level.

It was learned this week that trade between the Gulf Monarchy and the Hebrew state has so far amounted to nearly € 300 million.

Agreements have in fact been signed in more than fifteen strategic sectors such as agriculture.

And we know that the Emirates are facing the challenge of food security.

Abraham's accords are therefore on track to last.

However, this agreement is also supposed to "

" of the Palestinian territories.

This was the argument put forward by some UAE diplomats at the time of the signing.

The upsurge in violence last month has therefore placed Abu Dhabi in an embarrassment.

A role to play?

In reaction, Crown Prince Mohamed bin Zayed said he was ready two weeks ago to play a role between Israel and Palestine.

Because of their official relationship with the Hebrew state, the Emirates may indeed have new leverage on Israel.

On the Palestinian side, however, the Emirati diplomatic influence appears to be less.

Abu Dhabi does not trust Hamas deemed too close to Iran.

The relations of the monarchy with the Palestinian Authority are otherwise cold.

Mahmoud Abbas had indeed qualified the normalization with Israel of “

” before nevertheless softening his position.

As for public opinion, very quickly,

many UAE citizens publicly expressed their support for the Palestinians

In the Emirates, public expression of political opinion is rare.

This does not mean, however, that the UAE are apolitical.

But in this country where nationals only represent 10% of the total population, confidence in political decisions is great.

It must also be said that dissidents risk prison.

It is for these reasons that the agreements of Abraham had not been criticized here even.

In addition, unlike the Kingdom of Bahrain, which has also normalized its relations with the Hebrew state, no demonstrations have been organized in the Emirates in support of the Palestinians.

►To listen: The “Abraham Agreements”: a turning point for the Middle East?