Real estate regulation exceeded 215 times during the year! Housing prices in 100 cities have risen by nearly 14%. What's the signal?

Sino-Singapore Jingwei Client, May 25th (Dong Xiangyi) Shanghai E-House Real Estate Research Institute released the "China Hundred Cities House Price Report" (hereinafter referred to as the "Report") on the 24th, showing the increase in house prices in the country’s 100 cities in the first April of this year At 13.6%, this feature lasted for 28 months, while house prices in 39 cities increased b 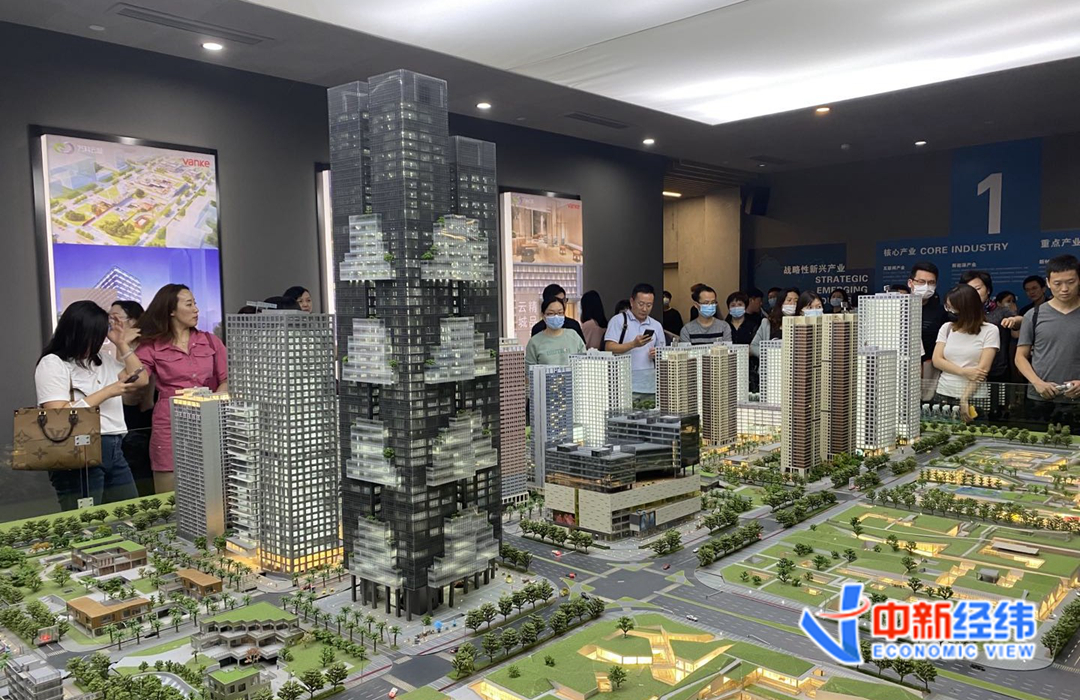 Sino-Singapore Jingwei Client, May 25th (Dong Xiangyi) Shanghai E-House Real Estate Research Institute released the "China Hundred Cities House Price Report" (hereinafter referred to as the "Report") on the 24th, showing the increase in house prices in the country’s 100 cities in the first April of this year At 13.6%, this feature lasted for 28 months, while house prices in 39 cities increased by more than 5%.

Xianghe has the highest cumulative increase of 38%.

"Report" data shows that from January to April, the average transaction price of newly-built commercial residential buildings in 100 cities across the country was 17,634 yuan per square meter, an increase of 13.6% year-on-year.

Observing historical data, in the past 28 months, the cumulative year-on-year increase in housing prices in 100 cities across the country at the beginning of the year has been double-digit. The "Report" believes that the current price increase is at a relatively large stage, and this stage lasts for a long time.

With the deepening of various regulatory policies, housing prices in some cities may cool down.

In addition, some third- and fourth-tier cities also have various hype phenomena, and follow-up needs to be strictly controlled.

In terms of different cities, the "Report" stated that the cumulative increase at the beginning of six consecutive months in first-tier cities was less than 5%.

Data show that from January to April, the average transaction price of newly-built commercial housing in 4 first-tier cities was 46,566 yuan per square meter, a year-on-year increase of 1.6%.

The "Report" believes that, judging from the data of this kind of increase, the overall low level is not only related to the active price limit of the first-tier cities, but also related to the recent

weakening of investment and speculative demand.

The recent small rebound is related to product structure factors, and the risk is not high.

At present, the index has been below 5% in first-tier cities for 6 months. Under the influence of the subsequent dual centralized land supply policy, housing prices will further stabilize.

In terms of second-tier cities, data shows that from January to April, the average transaction price of newly-built commercial residential buildings in 32 second-tier cities was 17,390 yuan per square meter, an increase of 13.2% year-on-year.

The "Report" believes that, on the whole, the increase in housing prices in second-tier cities is relatively large, and there is a clear rebound.

For example, Wuhan and Chongqing, which have attracted much attention in the market recently, have relatively large increases, with increases of 21% and 12% respectively.

Second-tier cities are generally provincial capitals, with large population imports and strong housing prices. In the follow-up, on the basis of double centralized land supply, the qualifications for purchase of houses and the order of purchase transactions should be strictly reviewed, so as to truly prevent and eliminate all kinds of real estate speculation.

The "Report" believes that the current price increase in third- and fourth-tier cities is in the (5%-10%) range, and housing prices are slightly hotter.

From the actual situation, housing prices in some non-hot third- and fourth-tier cities are generally stable, with less speculation.

However, in some third- and fourth-tier cities along the eastern coast, housing prices are also hyped.

In particular, some real estate companies recently went to third- and fourth-tier cities to acquire land at high prices, which could easily increase the price of first-hand housing projects in disguise, which has an impact on the stability of housing prices.

The land market in such key third- and fourth-tier cities shall be strictly controlled in the future to prevent the transmission of land price risks to housing prices.

"If the housing price boom is defined by the 5% year-on-year increase, 39 of the 100 cities in the country have housing prices that have increased by more than 5%, which is an overheating phenomenon." Yan Yuejin, research director of the Think Tank Center of E-House Research Institute, believes that this year In the first 4 months, some key cities have tightened their housing purchase policies, which has led to a cooling of housing prices.

Especially with the tightening of credit policies and the cooling of market transactions, the phenomenon of false housing prices in some cities is also decreasing.

Over 215 adjustments during the year

Statistics from Centaline Real Estate Research Center show that there have been more than 215 real estate adjustments in 2021.

Its main features are: interviews with the Ministry of Housing and Urban-Rural Development, rectification of intermediaries, business loans, land supply, and a comprehensive upgrade of the school district housing policy.

In addition, statistics from the Centaline Real Estate Research Center show that during the year 13 cities across the country have been interviewed and supervised by the Ministry of Housing and Urban-Rural Development: these cities are basically in the forefront of national housing prices, including Guangzhou, Hefei, Ningbo, Dongguan, Nantong, Chengdu, Xi'an , Shenzhen, Shanghai, Beijing, Hangzhou, Wuxi, Nanchang.

The Politburo of the CPC Central Committee held a meeting on April 30, reiterating the positioning of "no speculation in housing" and clearly proposed "preventing housing speculation in the name of school district housing."

It is very rare to directly "call" the school district room.

Yan Yuejin pointed out to the Sino-Singapore Jingwei Client, “In the housing price stabilization work, there are two types of work that need to be followed up. One is the price control of school district housing. From the supervision of localities, it is more focused on second-hand housing. The content of the school district housing of the primary housing also needs to be included in the supervision system.

"The other type is bundling sales. There are many price-limiting policies in various regions. However, there are also more phenomena of real estate companies raising prices in disguise through bundling sales, including fine decoration bundling and parking space bundling. These phenomena need to be strictly controlled. Only in this way can the foundation for subsequent house price stabilization be more solid." Yan Yuejin added.

Zhang Dawei pointed out that when it comes to housing speculation in school districts, the core represents that the regulation of this type of housing will increase in the future.

On the whole, there are many reasons for school district housing, but the core is still the real estate investment speculation behind it that uses scarce resources.

It is expected that follow-up regulatory policies are likely to be specifically targeted at this type of housing.

It is expected to reduce the false fire in this part of the market.

The National Bureau of Statistics of 70 cities in April showed that in 70 large and medium-sized cities across the country, the increase in house prices remained at a historical high. The number of cities where the prices of new houses and second-hand houses rose in the month was 62 and 54 respectively.

Chen Xiao, an analyst at the Zhuge Housing Data Research Center, told the Sino-Singapore Jingwei client that, overall, under the influence of multi-city over-regulation in April, the market's enthusiasm has converged, and the new house market is more enthusiastic than second-hand houses.

It is expected that as the regulatory policies gradually ferment, the increase in housing prices may slow down.