Since the start of the new cycle of violence between the Jewish state and groups of Palestinians, more than 200 people have been killed on the Palestinian side and ten on the Israeli side. During a conference of ... 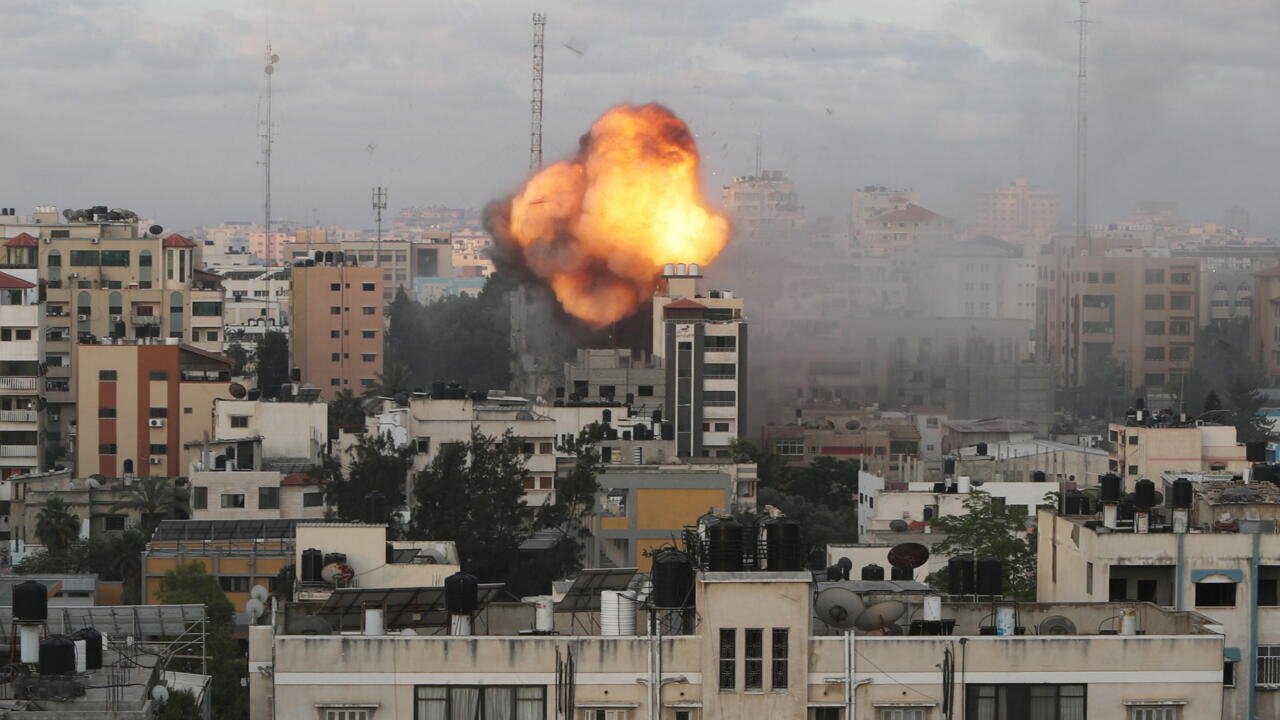 In recent days, the Israeli air force has stepped up strikes against the tallest buildings in central Gaza.

Since the start of the new cycle of violence between the Jewish state and groups of Palestinians, more than 200 people have been killed on the Palestinian side and ten on the Israeli side.

At a press conference on Monday, the IDF spokesman said 3,200 Qassam rockets had been fired from Gaza.

He said that in response the Israeli army had destroyed 850 targets in Gaza and killed 130 Hamas fighters.

He also described how the Israeli air force hit buildings in the center of the enclave.

The images are spectacular: first they waver and then slowly, as if in slow motion, the towers collapse on themselves, without colliding with neighboring buildings.

In recent days, the Israeli air force has stepped up strikes against the tallest buildings in central Gaza.

But upstream, specifies Lieutenant-Colonel Jonathan Conricus, spokesman for the Israeli army, the weight of the buildings and the resistance of the materials have been carefully studied: “

The key is to know how to hit these buildings without having to 'They won't collapse on neighboring towers, which could kill civilians, he

This is why our aviation uses JDAM missiles (Joint direct attack munition), missiles guided by GPS which carry just enough explosives, but whose strike angle is calculated to make the building fall in the desired direction, and thus there is no collateral damage. There, it is very precise.

The message carried by the Israeli army therefore tries to impose the idea of ​​a war which, with a great deal of technology, would target only Hamas fighters.

The Jala Tower, which was struck this Saturday, however hosted two media outlets:

No respite for Gazans

According to the Israeli army, Hamas would have concealed military infrastructure there. For the civilians, the days and the nights pass to the rhythm of the bombardments considered more intense than during the last conflict between the two parties, in 2014. “

Many of our Palestinian colleagues who have already lived through the war of 2014 consider this- this as more ferocious,

explains Matthias Schmale, director of operations of the United Nations Agency for Palestinian Refugees (UNRWA), in the Gaza Strip.

An example that I often give: our health centers never closed in 2014. This time, our head of health, Dr Rada, herself asked on the second or third day to close our dispensaries.

It's too dangerous to move our staff around.

And Sunday, I believe we only opened ten.

On Monday, half of the centers were functioning.

But for the other half, there is too much unpredictability in the fights.

In addition to the security crisis, there is the risk of a humanitarian crisis, with nearly 40,000 Palestinians displaced and 2,500 people losing their homes in the bombings.

►Also read: Conflict in the Middle East: "Gaza is an open-air prison"

The UN Security Council must urgently meet for a fourth time on Tuesday, May 18, while the United States still refuses the adoption of a declaration calling for “

an end to the violence

US President Joe Biden, accused by his camp of lack of firmness vis-à-vis Israel, on Monday expressed his support for a "

Conflict in the Middle East: "Gaza is an open-air prison"