Israeli Arabs, Palestinians from East Jerusalem and the West Bank unite to denounce the Israeli occupation. This Tuesday, they launch an unprecedented general strike movement to protest against… 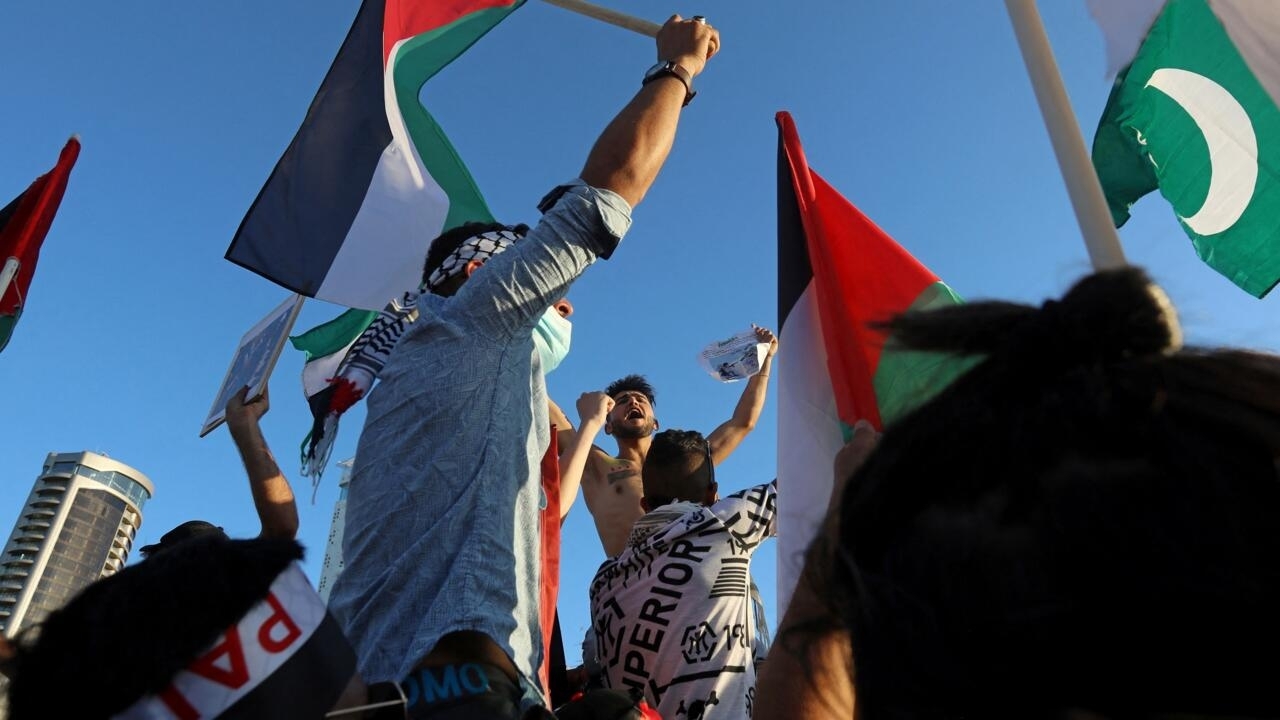 Protesters in favor of the Palestinian cause (Image illustration).

Israeli Arabs, Palestinians from East Jerusalem and the West Bank unite to denounce the Israeli occupation.

This Tuesday, they launch an unprecedented general strike movement to protest against the repression and especially against the deadly bombings carried out by the Hebrew state in the Gaza Strip.

In nearly ten days, the new round of violence claimed the lives of at least 200 Palestinians.

On the Israeli side, 10 people were killed.

Abu Nacer is about to close his restaurant.

Going on strike is the only way for this Palestinian trader from East Jerusalem to express his solidarity.

More than a strike, it is a day of mourning to pay tribute to the dead in Gaza.

May God help them.

If only we Palestinians in Jerusalem could do more for them… But we live under occupation,

: Middle East: new shelling of Gaza by Israel, more than 200 dead in one week

Unlike the Israeli Arabs, who are citizens of the Hebrew state.

Their mobilization in recent weeks to denounce the occupation is unprecedented.

This is the first time that the Palestinians have been felt so united.

The Israeli Arabs support us, and we also support them,

Rebhi, owner of the shop next door, will also keep his curtain drawn.

I fear that the next intifada, the great uprising, will not only be against the Israelis, but also against the Palestinian Authority.

These leaders of ours are helping Israel to oppress us.

In particular, by cooperating on the security plan

In their demonstrations, many young Palestinians like this trader denounce Israeli oppression, but also the connivance of their leaders, whom they consider to be traitors.

The Palestinians' battle against problematic vocabulary

Israel / Gaza: in the face of the conflagration, the Palestinian Authority weakened

Conflict in the Middle East: "Gaza is an open-air prison"