"My car, I don't know when it will be released"... 'Advance Reservation'

As automotive semiconductors become scarce, production of Kia Motors, following Hyundai Motors, will be temporarily suspended from tomorrow. It was decided to stop the operation of Gwangmyeong Plant 2 for two days. If the semiconductor shortage continues, it will inevitably lead to disruptions in the production of other models, but Hyundai Motor Group has accepted a lot of advance reservations for new electric vehicles. 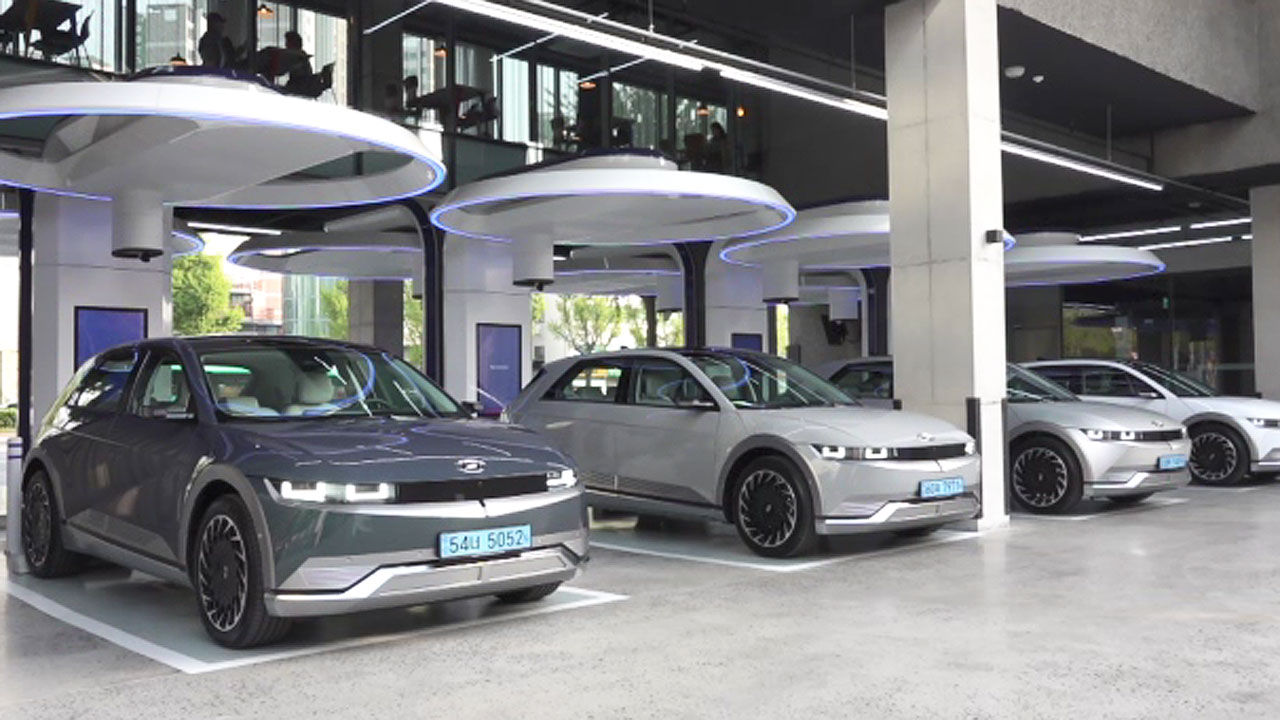 automotive semiconductors become scarce, production will be temporarily suspended for Kia Motors, following Hyundai Motors, starting tomorrow (17th). It was decided to stop the operation of Gwangmyeong Plant 2 for two days. If the semiconductor shortage continues, it will inevitably lead to disruptions in the production of other models, but Hyundai Motor Group has accepted a lot of advance reservations for new electric vehicles. Government subsidies continue to run out as consumers who have booked wait for their cars without promise.

is an advance reservation site for Kia Motors' EV6 EV6.

Reservations were closed ahead of schedule.

This year's target production is 13,000 units, because there are already more than 30,000 people with advance reservations.

[Car salesperson: Because there are too many contracts, I can't tell you when it will be released because it is in the order I put it in now. I just make a reservation.] The

first month of Hyundai Electric Vehicle Ioniq 5, which has more than 40,000 people in advance reservations

The shipment volume was limited to 1,000 units.

As this production volume has to be supplied to Europe as well, the domestic volume is further reduced.

The labor-management negotiations on the production line were delayed, a problem occurred in the electric motor production facility for electric vehicles, and, above all, the lack of semiconductors for vehicles caught up with production.

Most of the pre-bookers haven't even heard roughly when they will be able to pick up the car.

[Car salesperson: It seems that it will be a little difficult to get it within this year. Excluding the features and options that contain a lot of semiconductors, the vehicle can be shipped a little faster (it is announced that it is possible)]

The purpose of the pre-reservation system to identify the demand in advance and supply the vehicle more smoothly has become unclear.

In addition, compared to Tesla electric vehicles, which are receiving their vehicles on time, they are at a disadvantage in the competition to secure government subsidies, and consumers' complaints are inevitably greater.

[Kwak Dong-Hyun/Ioniq 5 pre-reservation customer: I do not know whether or not I will be able to receive subsidies, so it is the most worrisome and frustrating part to have to wait for such an uncertain situation.] The

shortage of automotive semiconductors emerged from the end of last year, but stocks were secured. I am complaining that the pre-reservation system was used only for promotion, while only receiving reservations without weighing the production capacity.