Europe's defense faces a turnaround in spending. Because of the Corona crisis, the European NATO countries are likely to reduce their armament spending. Germany is faced with a dilemma: The Bundeswehr would have to invest more, not less. 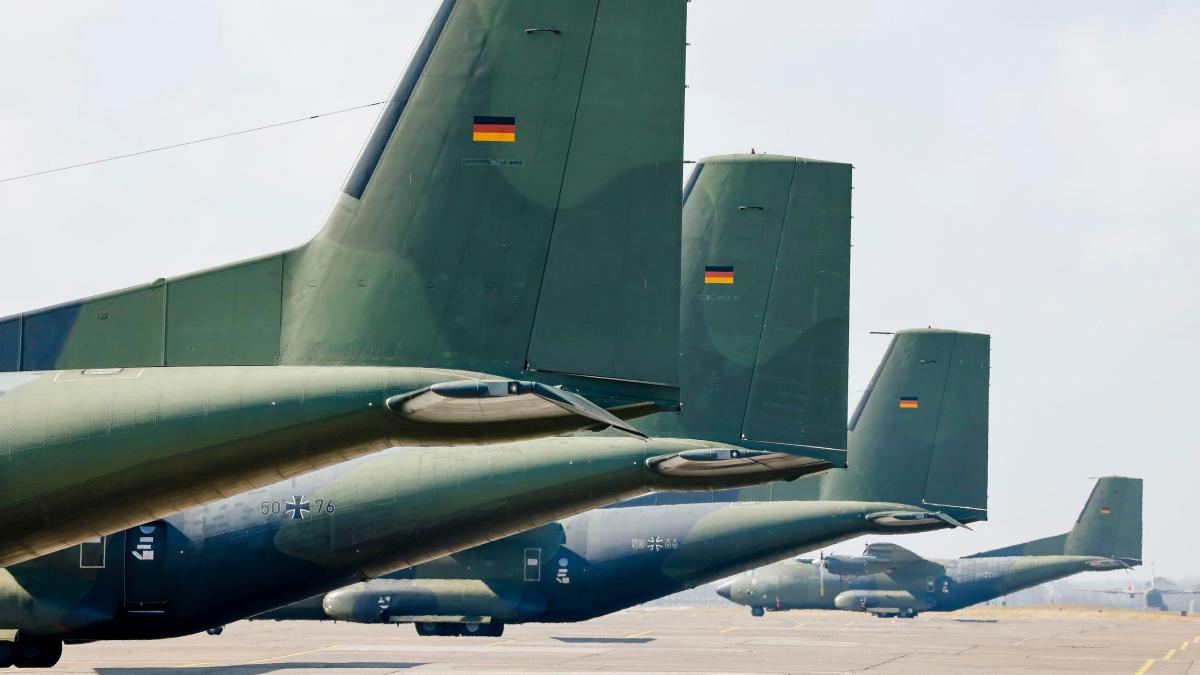 The costs of the corona pandemic are likely to cut billions of euros in Europe's defense spending because budget money is becoming scarcer.

After a multi-year increase in defense spending, budgets will decrease from 2022/23, the consulting firm AlixPartners expects according to a study available to WELT AM SONNTAG.

“The specific scope is difficult to estimate.

It could be on the same scale as after the financial crisis, ”says AlixPartners armaments expert Stefan Ohl.

Between 2009 and 2014, the armaments expenditure of the European NATO countries fell by 31 billion euros to 244 billion euros.

They have grown continuously again since the Crimean crisis.

Now they could go downhill again.

It would be a historic turning point.

The majority of countries around the world saw arms spending increasing.

This also applied to Germany, although the economy was in recession because of the corona pandemic.

The increasing proportion of armaments in relation to the gross domestic product should therefore not be misinterpreted, according to AlixPartners.

If the economy shrinks, the gross domestic product changes as a reference value.

Since the turning point in 2014 with the Crimean crisis, the European NATO countries had increased their armaments spending by an average of 3.4 percent annually.

In 2020, the armaments share of NATO-Europeans was 1.76 percent of the gross domestic product (GDP).

AlixPartners is now assuming a decline in the armaments share of GDP in a range between 1.74 and 1.25 percent by 2027.

According to the benchmarks decided by the Federal Cabinet, the German defense budget will drop from 49.3 billion euros in 2022 to 45.7 billion euros by 2025.

The next budget after the federal election will be determined.

Against the background of declining military budgets, Germany is moving towards a "complex area of ​​tension", says AlixPartners armaments expert Ohl.

He points to a dilemma: A partly outdated equipment contributes to high maintenance and personnel costs and this money is then missing for the equipment.

"If the scope for more infrastructure expenditure and new equipment is to be created, there are only a few alternatives: either massively increase the defense budget or massively restrict ongoing operations or further optimize expenditure, such as postponing investments further," says Ohl.

The German defense budget is under enormous pressure.

There are necessary expenses for ongoing operations, but also necessary investments for the future.

Part of the complex picture is that France is striving for more sovereignty for Europe.

So a key question is how much sovereignty and redundancy Europe can afford.

AlixPartners expert Christian Leber: "Does every major European country have to have all armaments capabilities, or is a division of labor in the western world possible?" When financing major armaments projects such as the FCAS air defense system with a new fighter jet, the burden could be reduced through cost discipline or additional partners.

Expert Leber: “You are doing yourself a disservice to develop two combat aircraft projects in parallel with the Tempest and FCAS projects.

You also have to think about exports and that way you could increase the number of pieces. "

While AlixPartners refers to the shrinking military budget, the German arms company Rheinmetall speaks of a boom.

Rheinmetall boss Armin Papperger has just announced at the annual general meeting that he will continue to expect the super cycle for the group.

"We believe that we will be able to bring in more orders in the next two to three years than in previous years."

In fact, arms budgets are developing very differently around the world.

The prospect of shrinking budgets is also a test for Europe, whether the trend of increasing arms imports from outside Europe will continue or whether there will be a change of mind, according to AlixPartners.