Guy Hutchinson, President and CEO of the "Rotana" Hotel Management Company, said that the company has a diversified hotel portfolio, at a time when its strategy seeks to expand in the next stage, considering the strengthening of the presence in the UAE as a pillar of the success of the local "Rotana" brand, as well as expansion. 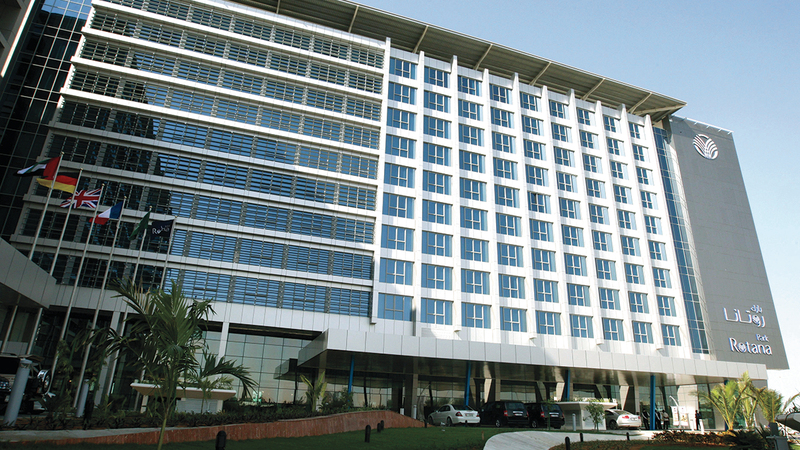 It plans to open 10 new hotels within its strategic markets

Guy Hutchinson, President and CEO of "Rotana" Hotel Management Company, said that the company has a diversified hotel portfolio, at a time when its strategy seeks to expand in the next stage, considering the strengthening of the presence in the UAE as a pillar of success for the local "Rotana" brand, as well as the expansion of all Gulf countries and the Middle East region.

He added to Emirates Today: “This region has demonstrated a clear efficiency during the pandemic period, at the forefront of which is the markets covered by our expansion strategy. Saudi Arabia, which we consider as a pivotal expansion area for our hotel brand, being one of the fastest growing tourism markets in the world.”

Hutchinson continued: “In November 2020, we opened the (Al Jaddaf Rotana) hotel in Dubai, in the context of strengthening the group’s presence in the UAE, and thus Rotana operates in the UAE 36 hotels that include a total of 10,000 and 12 hotel rooms. We are also pleased to establish our position in the country through The signing of an agreement to manage a new hotel under the brand name (Rotana Hotels and Resorts) scheduled to open in Dubai in 2023, and will include 295 luxury hotel rooms.

Hutchinson revealed the opening of 10 new hotels during the next three years, in a group of markets, including the UAE, adding this expansion to 3000 new hotel rooms.

Hutchinson emphasized that the UAE enjoys a prominent position on the global tourism map, as it has succeeded in consolidating its position as a global destination in the tourism and hotel sectors, and has become among the top 10 tourist destinations in the world, pointing out that the qualitative projects in the local tourism sector have risen to the highest levels, and participated in Developing the infrastructure supporting the sector.

He continued: “I believe that the deliberate opening of hotel brands with a high level of hotel service contributes to the development of the hotel sector, in line with the opening of more tourism and entertainment projects throughout the UAE that attract tourists from all over the world, and the issuance of decisions, initiatives and government campaigns that drive the wheel. The hotel and tourism sectors forward », expressing his confidence that the UAE will maintain its position as one of the safest countries in terms of domestic and international travel.

Hutchinson said: “Since the beginning of the fourth quarter of 2020, we have witnessed a positive recovery, as domestic tourism has been a major tributary of it, and this is due to government promotional campaigns that have contributed to highlighting the most prominent tourist destinations in all parts of the Emirates, as was the launch of the unified Emirati tourist identity. The most beautiful winter campaign in the world had a positive impact on the tourism and hotel sectors, and contributed to the unification of promotional efforts for tourism in the Emirates, and to familiarizing tourists around the world with the country's tourism potentials and the diversity of tourism products in it, which boosted the domestic tourism movement, which is an essential tributary of the national economy.

He added: “The prospects for the tourism sector appear bright with the formation of the Emirates Tourism Council, which represents a new step and a qualitative leap that will consolidate and enhance the position of the UAE as a single, integrated global tourist destination with a distinctive and unique character, at a time when the decisions to create a default work residence permit and a tourist visa are considered multiple times. The recently issued entry is an example of the decisions aimed at promoting tourism, raising the momentum of occupancy and long stays within hotels and resorts within the country, and encouraging competitiveness within the tourism and hotel sectors.

Hutchinson added that the hospitality sector in the UAE has demonstrated a clear efficiency during the pandemic period, and this was a reflection of what the country has of the elements required to be the preferred destination for tourism, residence and work, with its excellent infrastructure, government services and facilities, and the UAE diversifies with its tourism products, hotels, resorts and entertainment destinations. With the diversity of its environment and topography, as well as safety, which is the basis for the country's renaissance and prosperity, and the availability of all the requirements of life even during the most difficult circumstances the world is going through, we are fully confident that the UAE will maintain its position as one of the safest countries in terms of local and international travel.

The President and CEO of "Rotana" Hotel Management, Guy Hutchinson, said that despite the challenges that he brought about the past year and still are, the company has committed to making tremendous efforts to protect its most important assets;

That is, employees, I took quick steps to confront the consequences of the pandemic, something that big companies could not easily do.

He added, “We have partnered in key sectors such as oil and gas, and adopted unique ways to keep our employees and their wages not compromised. This included providing side work opportunities such as establishing five call centers that were subcontracted with external parties, and we applied all government directives and updates related to the global pandemic. We followed the highest health and safety standards, and implemented all preventive measures through our special program (Safe World Rotana), to provide a non-contact experience throughout the stay of the inmates.

He continued: “In continuation of government efforts and to preserve Rotana’s leading position in the hospitality sector, we have directed employees in all its hotels in the UAE to receive the vaccine, especially for administrators and workers in the front offices, in the service and management departments of rooms and in restaurants, and most of the employees have already received my dose. The vaccine ».