The tower housing Al-Jazeera and Associated Press in gaza was pulverized by several missiles on Saturday. &amp; Quot; The army warned the owner of the tower in which AP has its offices that it would be targeted. by a strike, explained on twitter a journalist from the American agency. &amp; nbsp; 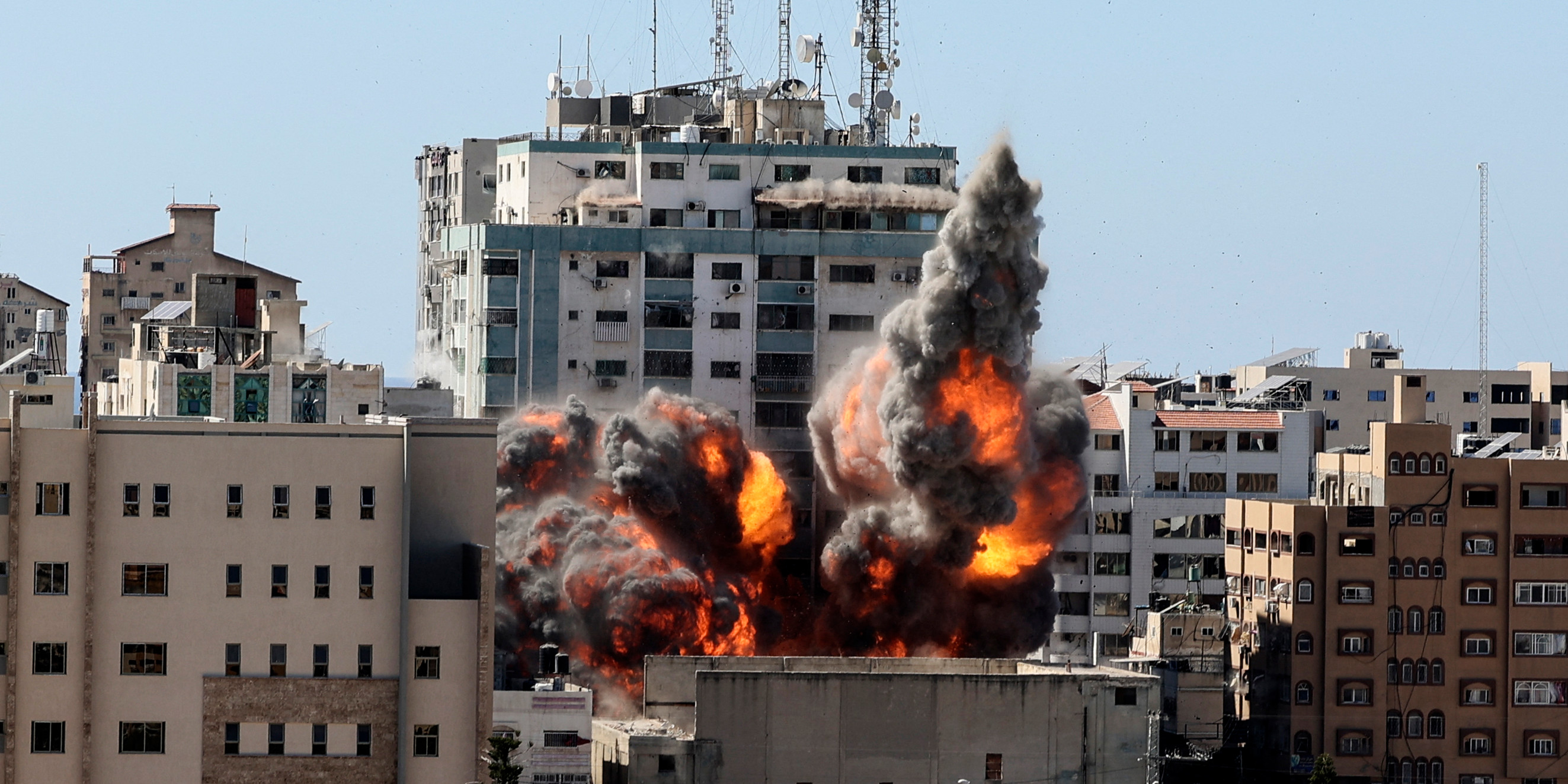 The tower housing Al-Jazeera and Associated Press offices in gaza was sprayed by several missiles on Saturday.

"The army warned the owner of the tower in which AP has its premises that it would be targeted" by a strike, a journalist from the American agency explained on twitter.

The Israeli army carried out a strike on Saturday on the ten-story building housing the premises of the Qatari television station Al-Jazeera and the American news agency Associated Press (AP) in the Gaza Strip, AFP journalists observed.

"An Israeli strike devastated the tower that houses the PA offices in Gaza City," Jon Gambrell, a reporter for the US agency, wrote on Twitter.

"The army warned the owner of the tower in which AP has its premises that it would be targeted" by a strike, he wrote shortly before.

Al-Jazeera channel confirmed on Twitter that its offices were in the building and broadcast live footage of the tower collapsing in a cloud of dust.

Asked by AFP, the Israeli army did not react to this information immediately.

"Bombs could fall on our desk. We ran up the stairs from the 11th floor and now look at the building from afar, praying that the military will eventually retract," tweeted shortly before the raid Fares Akram, correspondent for AP in Gaza.

139 dead in Gaza since Monday

The Islamist movement Hamas in power in Gaza and Israel have since Monday exchanged deadly shootings from and towards the Palestinian enclave of two million inhabitants.

The last balance sheet of the Palestinian authorities reported Friday evening of 139 dead, including 39 children, and 1,000 injured in the Israeli bombardments.

More than 2,300 rockets have been launched by Palestinian armed groups into Israeli territory since Monday, killing nine people, including a child and a soldier, and injuring more than 560. According to the military, the "Iron Dome" missile shield intercepted more than half of these missiles.