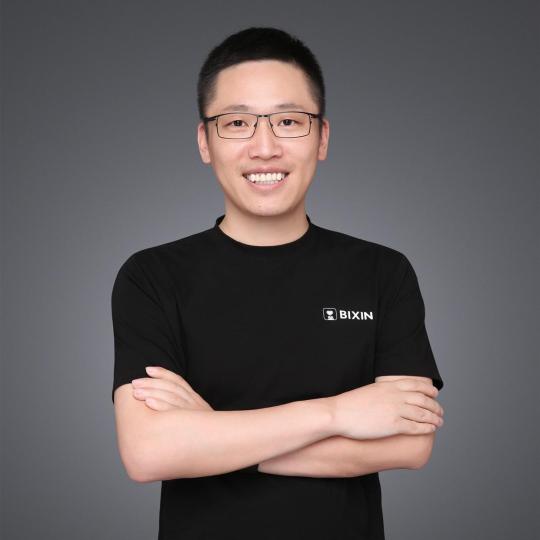 Liu Hua, the senior vice president of Play Dream Group and CEO of Bixin, gave his own answer. In the information industry society we live in, "spiritual play, hobbies" are the primary productive forces.

Liu Hua explained that by allowing more young people to do what they like, have their own choices and pursuits, and let more people play their dreams, the platform can play with value and productivity.

Bixin has been "playing" with users since 2014 and has continuously created productivity value.

As a leader in the industry, Bixin aggregates the e-sports ecosystem and successfully built a diversified business scenario with e-sports sparring as the starting point, including audio and video, live broadcast, and MCN.

After 7 years of development, Bixin has become a platform for the sharing and exchange of skills among more than 60 million e-sports enthusiasts worldwide.

Speaking of the establishment of Bixin, Liu Hua believes that "it is the inheritance of e-sports genes, but also the process of advancing with the times, embracing changes, and constantly breaking through." Bixin is one of the core businesses of Play Dream Group.

Another company under the group is "offline game space" Netfish Internet Cafe.

In 1998, Netfish Internet Cafe's first store was located in Songjiang, Shanghai, and the e-sports dream set sail ever since.

With the rise of the mobile Internet, mobile online communities have become a new direction, and more than one heart came into being.

With its highly flexible time and space attributes, e-sports sparring has become the "new favorite" for young people in flexible employment under the new online economy wave.

The e-sports sparring format started early. After experiencing fragmentation and multiple rounds of reshuffle, how to drive the e-sports sparring industry into a standardized and branded development stage has become a difficult problem that Bixin continues to overcome.

After four years of exploration, Bixin finally ushered in a key point of development in 2018 and embarked on three “changes”.

The first is the product model level, which uses algorithmic recommendation logic to improve the matching efficiency between user coaches, thereby improving the overall operating efficiency of the platform; secondly, the platform ecological level, with the e-sports sparring business as the core, based on the diverse interests of users. , Expand the audio, video and live broadcast business and launch the short video MCN business; finally, at the industry empowerment level, Bixin signed the team IG to win the S8 world championship, which is also the first significant achievement made by Bixin to link the e-sports industry ecology.

For this reason, the three-dimensional e-sports talent training system created by Bixin has made effective attempts.

The three-dimensional e-sports talent training system includes "three plans, one joint", that is, the e-sports spark plan: it opens up the channel of ordinary e-sports enthusiasts and e-sports training to professional e-sports clubs, and provides a steady stream for the industry Fresh blood; Parachute plan: Create a professional pathway for professional players to land safely, provide career choices and transitional guarantees after retirement; Star plan: Open up a channel for ordinary e-sports enthusiasts and professional players to become short-video Internet celebrities; unite with the cloud Recruitment: Jointly recruit e-sports talents with other companies in the industry to provide career options for platform gods and users.

Right now, the rivals that are entering the fast lane of development are continuing to empower the e-sports ecology and constantly looking for ways to break the circle.

Through in-depth cooperation with all links of the e-sports industry chain and the iterative improvement of its own business scenarios, it has become a new Shanghai online entertainment sample enterprise.

E-sports has become an official event of the 2022 Asian Games, and Shanghai is accelerating the construction of the "global e-sports capital". Looking forward to the future, Liu Hua said: “Bixin hopes to create more than tens of millions of job opportunities, helping more people to realize their dreams, and to play productivity as a platform. Bixin users have covered 1,606 cities around the world, and overseas users are currently foreign students. Mainly with Chinese people, the "Going to Sea" plan covering Japan, South Korea, Southeast Asia, the Middle East, North America and other regions has been officially launched in 2021." (End)