The incoming foreign direct investment into the United Arab Emirates achieved a growth of 44.2% during the past year 2020 compared to 2019, reaching 19.88 billion dollars, despite the repercussions of the "Covid-19" pandemic, which cast a shadow on the volume of investment and trade. 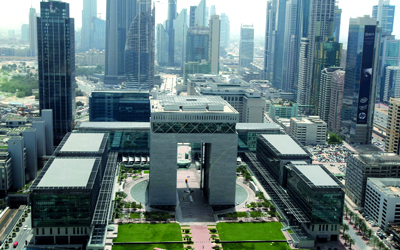 The incoming foreign direct investment into the United Arab Emirates achieved a growth of 44.2% during the past year 2020 compared to 2019, reaching 19.88 billion dollars, despite the repercussions of the "Covid-19" pandemic, which cast a shadow on the volume of investment, trade and world economies.

The cumulative balance of inflows of foreign direct investment rose to about $ 174 billion, achieving a growth of 12.9% during the same period.

These investments included all sectors and economic activities, while focusing on the oil and gas sectors, as the Abu Dhabi National Oil Company (ADNOC) concluded huge investment deals and partnerships with a number of foreign companies that contributed to achieving this growth. Investments also focused on sectors that serve the modern technologies on which it is based. Digital economy such as artificial intelligence, the Internet of things, blockchain, innovative medical technologies, high-speed transportation, augmented virtual reality, robotics, autonomous cars, renewable energy, innovation, technology, agriculture, and more.

As for Emirati investment flows to the world, they reached about $ 9.2 billion in 2020, and proved to be highly efficient in regional and international markets, and in various vital economic sectors, where quality strategic investments are sustainable, and Emirati companies were able to enhance the competitiveness of the national economy in a number of Advanced global industries and services such as the aviation industry, air transport services, transportation and mining, in addition to the great progress it has made in the field of renewable energy, as well as the real estate and construction sector, the communications and information technology sector, the oil and natural gas sector, the conventional energy sector and renewable energy, the logistics sector, ports and infrastructure. Infrastructure, tourism, hotels, entertainment and aviation sectors, banking and agricultural sectors.

The Minister of Economy, Abdullah bin Touq Al-Marri, said: “The investment and economic scene in the UAE has succeeded in achieving an advanced position in the world as well as being on top in the region, thanks to the directives of the wise leadership, as the state continued to progress in global indicators related to the flow of foreign investments and the ease of doing business. Once again, the numbers of foreign direct investment inflows into the country during the past year confirm the validity of the government approach, the policies and the steps being taken to enhance the flexibility and attractiveness of the business environment through an integrated system of policies and procedures that are based on the continuous updating of the legislative and regulatory frameworks and the continuing launch of government support initiatives aimed at improving the performance of various Sectors, stimulating the national economy and accelerating the pace of its recovery and recovery.We will continue to move forward in developing initiatives that will raise the efficiency of the investment environment, increase opportunities, especially in priority sectors, enhance the confidence of investors and businessmen, and work to unify efforts at the federal and local levels to consolidate the position and competitiveness of the country regionally and globally.

Bin Touq explained that the progress made by the UAE in the index of attracting foreign investments confirms the positive outlook and confidence among investors, based on the strong government commitment to economic diversity, innovation, infrastructure and ease of doing business, which is a new evidence of the strength and durability of the country's economy and its ability to overcome challenges Which permeates the global economic scene today, and its efficiency in coping with and facing emergencies, crises and global changes and achieving rapid response to them.

On his part, Minister of State for Foreign Trade Thani bin Ahmed Al-Zeyoudi said: “The position the UAE occupies in global indicators to attract foreign direct investment was not a coincidence, but rather the product of a clear vision adopted by our wise leadership to enhance the UAE’s position as a global investment destination. What is reflected in the state's policies for developing foreign direct investment, as the state is keen to formulate strategies that enhance its leadership in attracting qualitative investment that supports development plans based on innovation, knowledge, technology and the digital economy, in accordance with the National Agenda 2021 and the UAE Centennial 2071.

He pointed out that the growth achieved by the state in attracting foreign direct investment reflects the confidence of the international community in its investment environment, and confirms the sound steps of the commercial and investment openness policies pursued by the state, indicating that the country has more opportunities to attract investments, especially in light of the recent amendments to the Commercial Companies Law, Which is expected to have a tangible impact in the long run on the flows and quality of foreign and domestic investments and the overall economic growth process in its various dimensions in the country, as it will contribute to enhancing the openness of the business climate in the country and increasing its competitiveness to attract more foreign investments in the new economic sectors, in addition to Diversifying and developing the base of non-oil economic sectors. It will also enhance the development of market movement, create new job opportunities, develop skills and human cadres, as well as increase the confidence of foreign investors, and provide a greater opportunity for establishing real partnerships between the national investor.And the foreign investor.

The balance of foreign direct investment coming into the UAE until early 2020 is distributed according to the continents according to the relative importance as follows: Asia, then Europe, followed by North America, then Africa. As for countries, it comes first in the United Kingdom and Northern Ireland, in second place India, third China, fourth British Virgin Islands, Saudi Arabia fifth, then Switzerland, followed by France, Netherlands, America, and Japan.

As for the sectors in which the balance of direct investments received into the state is distributed until the beginning of 2020, wholesale and retail trade, repair of vehicles and motorcycles came first, real estate activities ranked second, financial and insurance activities ranked third, and mining and quarrying ranked fourth. Then the manufacturing industry ranked fifth, followed by the construction sector, then the professional, scientific and technical activities, then the sectors of electricity, gas, steam and air conditioning supply, transportation and storage, and then information and communications.

It is worth noting that the United Arab Emirates ranked first in the Arab world and regionally and fifteenth in the world in the Kearney Index for confidence in foreign direct investment for the current year 2021, up 4 ranks compared to the last year 2020, and outperforming a number of major global economies in the general ranking of the index such as Singapore, Australia, Portugal, Denmark, Ireland, Brazil and Finland.

It is noteworthy that the United Nations Conference on Trade and Development "UNCTAD" had estimated the decrease in the volume of total inflows of foreign direct investment worldwide during the year 2020 by a decline of 42%, as well as for the group of West Asian countries by a decline estimated by 24% due to the spread of the Corona virus to the world and cases The complete and partial closure in some countries of the world, however, the UAE refused to be driven to this decline and achieved tangible growth in this matter despite the uncertainty that prevails in the global economy, in light of the precedence that the country has achieved in dealing with the global pandemic and limiting its repercussions, as the Emirates registered The highest vaccination rates in the world.