Don't touch this e-cigarette! Known as "legal top" is more harmful than marijuana

terrible! Don't touch it! This kind of electronic cigarette is addicted to drugs! Known as "legal top", but it is more harmful than marijuana!   As a traditional drug, marijuana is strictly controlled in our country. In recent years, there has been a product similar to e-cigarettes on the market, known as "top e-cigarettes", with a synthetic cannabinoid added to it. After smoking, it will produ 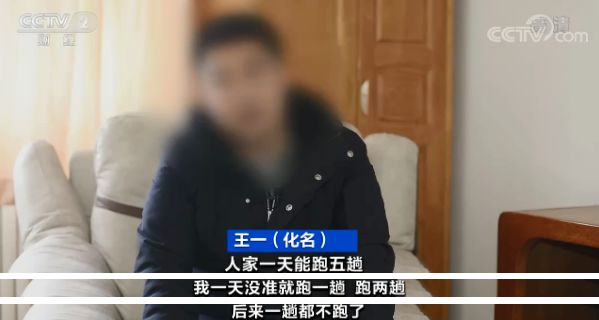 This kind of electronic cigarette is addicted to drugs!

Known as "legal top", but it is more harmful than marijuana!

As a traditional drug, marijuana is strictly controlled in our country.

In recent years, there has been a product similar to e-cigarettes on the market, known as "top e-cigarettes", with a synthetic cannabinoid added to it. After smoking, it will produce a feeling similar to smoking marijuana. Many people Unknowingly, he became addicted to drugs.

He is a muck truck driver. He usually drives at night and smokes frequently. By chance, he saw a few people smoking e-cigarettes on the construction site. With the mentality of giving it a try, he also started smoking.

In less than two months, more and more e-cigarettes were smoked, but the money earned from work was getting less and less.

Xiao Wang himself felt that there was a problem with this e-cigarette, but at that time he could no longer control himself, his mental state was not as good as before, and his temper and personality were particularly abnormal.

In desperation, Xiao Wang's family reported to the police until the urine test results came out, and no one knew that the electronic cigarettes Xiao Wang smoked contained "synthetic cannabinoid" ingredients.

With the help of his family, Xiao Wang came to Beijing Gaoxin Hospital to treat drugs.

Although Xiao Wang successfully quit his drug addiction after a period of treatment, his life can never be the same as before.

Xu Jie was Xiao Wang’s attending physician when he was detoxifying at Beijing Gaoxin Hospital. According to him, there was more than one case like Xiao Wang. You can see in the two patient videos he provided that after smoking this marijuana e-cigarette, There are varying degrees of dyskinesia, urinary incontinence and other behavioral disorders, and long-term smoking can also bring serious emotional problems.

According to Xu Jie, the cases of smoking marijuana e-cigarettes have shown a rapid upward trend in the past two years. Since the first half of 2019, he first came into contact with patients who smoked marijuana e-cigarettes. By the end of 2020, he had been exposed to Hundreds of such cases.

Xu Jie, director of the Detoxification Department of Beijing High-tech Hospital: Young people now have a certain understanding of traditional hard drugs, such as heroin and methamphetamine. They know that they are drugs and they must not be touched.

According to experts, these e-cigarettes with synthetic cannabinoids are more addictive than ordinary marijuana and are more harmful to the body.

In November 2020, the Feicheng police in Shandong eliminated a gang that sold illegally added synthetic cannabinoids to electronic cigarettes.

A bottle of ordinary electronic cigarette oil costs only tens of yuan, and after adding this synthetic cannabinoid, a bottle can be sold for 500 to 800 yuan.

An insider told reporters that this type of e-cigarette containing synthetic cannabinoids is different from ordinary marijuana. Many of them are sold online, and some merchants also claim that they do not contain any illegal ingredients and are "legal."

In some online forums, many people said that they have encountered or tried this so-called "top e-cigarette".

At the end of 2020, the insider also found a seller online.

The other party stated that in Beijing, they can use WeChat to scan the QR code to pay and then deliver them to the door by express delivery in the same city, or they can use "lost packages" to conduct transactions.

The insider chose the second transaction method on the grounds that the delivery was inconvenient. After scanning the QR code to pay, the other party sent an address. The reporter and insider drove there. After the vehicle arrived near a residential area in Daxing District, Beijing, the other party said The goods have been placed in a tricycle at the entrance of a certain unit building.

The so-called "top" e-cigarette obtained does not have any production address, date of manufacture, and approval number except for the three characters Moxianbao. It can be determined that it is a three-no product.

After testing by a Beijing drug inspection center, a substance called MDMB-4en-PINACA was detected in the electronic cigarette oil with a concentration of 5600 micrograms/ml.

Xu Jie, director of the Detoxification Department of Beijing High-tech Hospital: The main ingredient is synthetic cannabinoids, which are artificially synthesized. They are more harmful and mentally active.

Relevant research organizations have done research, and its finishing activity is 4 to 5 times stronger than that of common cannabinoids, and even higher than tens of times or even hundreds of times stronger.

Implementation of the whole category of management

It is precisely because of the wide variety and constant updating of synthetic cannabinoids that their spread can only be effectively curbed when they are listed as a whole.

On May 11, the National Narcotics Control Commission, the Ministry of Public Security, the National Health and Health Commission, and the State Drug Administration jointly issued an announcement, deciding to formally list the entire class of synthetic cannabinoids as drugs for control. This announcement also added fluamines. 18 new psychoactive substances such as ketones. The announcement will come into effect on July 1, 2021.