This kind of irreplaceable strategic material my country's dependence on foreign countries reaches 75%! What's the solution? 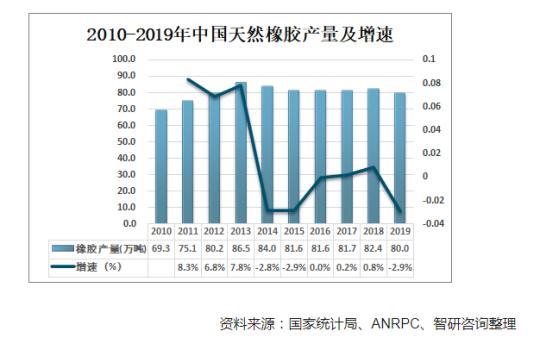 Hu Chunhua, member of the Political Bureau of the CPC Central Committee and Vice Premier of the State Council, recently inspected the work of the seed industry in Hainan Province.

He emphasized that the security of seed sources should be placed at a strategic height related to national security, and the general survey, protection and utilization of germplasm resources should be done in a solid manner, so as to lay a solid foundation for the turnaround of the seed industry.

The industry believes that there is still a big gap between China and the international advanced level in many sources. The important reason is that there is insufficient reserve of excellent germplasm resources and insufficient precise identification and mining.

To make a good turnaround in the seed industry and achieve independent and controllable seed sources, it is necessary to strengthen the protection and utilization of germplasm resources. The most urgent task is to carry out a resource survey to find out the resources of the resources.

In March this year, the Ministry of Agriculture and Rural Affairs launched the national survey of agricultural germplasm resources. This is the largest scale, widest coverage, highest technical requirements, and the largest number of participants since the founding of New China.

The person in charge of the Ministry of Agriculture and Rural Affairs stated that, at present, the nature of the seed industry dispute is a science and technology dispute, and the focus is on resources.

Whoever owns more germplasm resources will have the advantage of breeding varieties, and whoever has the initiative to compete in the seed industry; without independent resources, there will be no independent varieties.

At the same time, the distribution of agricultural germplasm resources is not static, but is constantly changing.

The person in charge said that with the acceleration of industrialization and urbanization, changes in climate and environment, and the transformation of agricultural planting and breeding methods, the quantity and regional distribution of agricultural germplasm resources have undergone great changes, and the risk of some resources disappearing has intensified. The traditional farming culture carried by excellent genes will also die out, and the loss is incalculable.

Therefore, organizing a new round of census, finding out the status and development trend of China's agricultural germplasm resources, and carrying out rescue collection and preservation have become the primary task for the seed industry to turn around, and it is also a major strategy for the long-term development of agriculture. demand.

Hu Chunhua pointed out that seeds are the foundation of agricultural modernization.

It is necessary to conduct a comprehensive survey of agricultural germplasm resources, carry out classification and identification in strict accordance with scientific standards, and earnestly find out the family background.

It is necessary to strengthen the protection of the original seeds of agricultural germplasm resources, maintain the purity of the varieties, maintain the number and quality of the population required for conservation, and update and rejuvenate in time.

It is necessary to cultivate and expand seed industry enterprises, and support enterprises to participate in the protection and utilization of germplasm resources and the development of new varieties.

Zhao Wanping, deputy dean of the Anhui Academy of Agricultural Sciences, said that these "five essentials" are the key to a good seed industry's turnaround and an important aspect of building a germplasm resource protection system.

He said that the comprehensive census is to find out the family background, and then classify and protect it. In the process of protecting the original species, it is necessary to maintain the pure variety.

The ultimate goal of this work is to develop and utilize new varieties for industrialization.

Whether it is seed conservation or development, seed industry companies are required to participate in the entire process.

Zhao Wanping believes that the protection of germplasm resources and basic research are fundamental, public welfare, strategic, and long-term. They are also the basis for commercial breeding. The investment scale is large and there are many uncertainties. The central and local governments should consider Incorporate into the financial budget and set up a special project for the protection and utilization of germplasm resources.

The degree of dependence on rubber reaches 75%

At present, in addition to severe problems such as factory closures and chip shortages due to the epidemic, the world's major automakers are also facing the problem of shortage of raw materials such as rubber.

For example, in order to ensure the reserve of raw materials, one of the world's largest tire manufacturers, Michelin, France, has begun to use air cargo to solve the problems of port congestion and shipping delays.

Since the beginning of this year, China's rubber imports have also increased significantly year-on-year.

According to data from the General Administration of Customs, from January to April 2021, China imported a total of 2.367 million tons of natural and synthetic rubber (including latex), an increase of 9.7% from the 2.158 million tons in the same period in 2020.

Hu Chunhua emphasized in the above inspection that it is necessary to increase policy support, strengthen the research and development and promotion of new varieties and applicable machinery, and comprehensively improve the production capacity, quality and efficiency of natural rubber.

In China, the main force in the production of natural rubber is the Nongken Group, which is basically not produced by individuals or private enterprises.

In recent years, due to the continuous decline in natural rubber prices, China's annual rubber output has been declining. In 2020, it will only be 750,000 tons, accounting for 5.5% of the world.

Because the output is much lower than the consumption, the import dependence of China's natural rubber is high.

According to statistics, in 2019, China's apparent consumption of natural rubber was 3.254 million tons, and imports reached 2.456 million tons.

This means that the degree of dependence on imports reaches 75%.

The reason why the degree of dependence on foreign countries is so high is that in addition to climate factors, there are also constraints on the cropping system.

Lin Guofa, the research director of Breck·Agricultural Products Collection Network, told a reporter from China Business News that rubber is a tropical plant and there are limited areas suitable for growing rubber in China, mainly in Hainan, Guangdong, Guangxi and southern Yunnan, and these places are tropical fruits and sugarcane. The main planting areas of the country, so the competition for land among crops is fierce, resulting in high land rent costs.

Moreover, the rubber is planted and tapped for at least 5 years, generally 8 years, and the high-yield period needs to reach 15 to 20 years later.

In Southeast Asia, the main production area of ​​international natural rubber, the area suitable for planting rubber is large, the mountain slopes, accumulated temperature and water vapor conditions are good, and the yield of rubber is high.

The global rubber plantations have little difference in management except for varieties. Most of them are manually tapped and harvested. However, in terms of latex processing after harvesting, due to the well-controlled harvesting process in Southeast Asia, latex impurities are relatively low and the quality is high.

Huang Huasun, chief scientist of the National Natural Rubber Industry Technology System and director of the Rubber Research Institute of the Chinese Academy of Thermal Sciences, said that compared with major rubber producing areas such as Southeast Asia, Hainan has low temperatures and many typhoons, low natural rubber production, and high labor costs in the rubber tapping process. There is no comparative advantage in production and planting.

"The problem of the loss of rubber workers has not existed for a day or two." Xie Jiantang, deputy general manager of the Xilian Branch of Hainan Natural Rubber Industry Group Co., Ltd., said in an interview with the media that for 9 consecutive years, international rubber prices have continued to be low, and the Xilian area is close to Hainan. In the downtown area of ​​Danzhou, many rubber workers are under the pressure of their livelihoods to go out to work one after another.

At present, the loss of rubber workers and the aging phenomenon are serious.

The relevant person in charge of the Department of Agriculture and Rural Affairs of Hainan Province said that due to the long-term low price of rubber, business operations are in trouble, the pressure on rubber farmers to increase income has increased, the industrial foundation has been seriously damaged, and the industrial development is facing an unprecedented crisis.

To solve this problem, it depends on the development and promotion of new varieties and applicable machinery.

Lin Guofa said that while promoting new varieties, the rubber plantation should be reformed, with appropriate dense planting methods and leveling of the rubber plantation, to improve the automation level of rubber production management, such as automatic rubber tapping and harvesting to reduce labor costs.

In addition, standardization of production reduces impurities in latex and improves rubber quality.

Through continuous promotion of new varieties, gradually improve the level of mechanization and reduce unit costs.

Xu Yang, the chairman of Shanghai Maicorong Information Consulting Co., Ltd., told the CBN reporter that since the cost of manpower tapping accounted for more than 60% of the production cost, China's large area of ​​rubber planting for decades has still completely relied on manual tapping. More and more young people are unwilling to engage in rubber tapping with high labor intensity and low income. There is an urgent need to realize mechanical rubber extraction and solve the problem of industrial labor shortage.

He mentioned that scientific and technological means are considered to be an important means of solving problems.

Researchers are promoting the transformation and application of related scientific and technological achievements, such as increasing the coverage of high-quality new varieties, promoting innovative tools such as electric rubber knives, implementing low-frequency rubber tapping technology with labor-saving characteristics, and wide-row and narrow-distance planting that makes full use of understory resources Mode, etc., to improve production efficiency and land output rate.