Corona: According to the Charité study, the risk of infection is no higher in public transport

A new study by Carité shows: bus and train drivers are not infected with Corona more often than car drivers. However, this is not the all-clear for commuters and schoolchildren - because special framework conditions applied to the investigation. 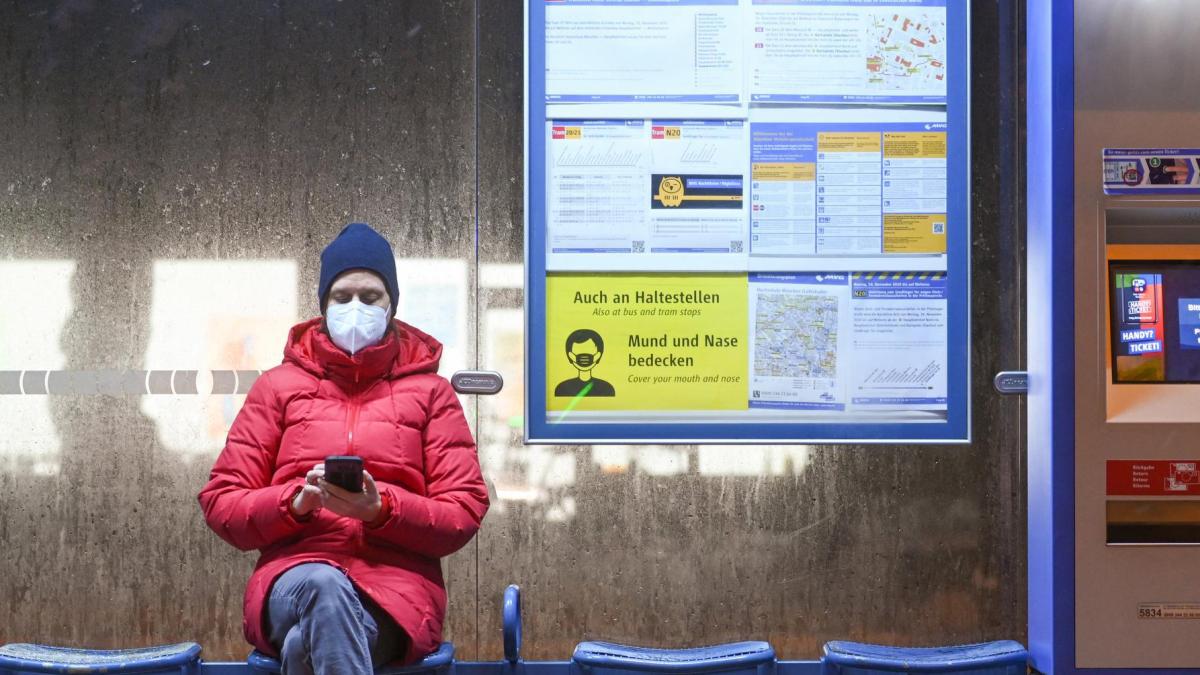 According to a study, there is no higher risk of infection with the coronavirus in local public transport than in your own car if the applicable hygiene regulations are complied with and the currently low number of passengers is low.

On behalf of the Association of German Transport Companies (VDV) and several federal states, the Charité Research Organization examined whether there are more infections with the corona virus among people who regularly travel by bus or train.

The result is surprising: Statistically, there is no significant difference in the frequency of infection between public transport users and drivers; if you look at the absolute figures, there were even slightly more corona cases in private transport than in the group of train drivers.

A total of 681 participants were selected for the study and randomly assigned to two groups: one drove by bus and train during the study period, the other alone by car or bicycle to work, to the training place or to school.

The subjects were between 16 and 65 years old and commuted between 15 and 30 minutes each way to work or school.

Before taking part, it was determined with PCR and antibody tests that none of the participants was already infected with corona.

After five weeks, PCR and antibody tests were again used to determine how many participants in the two groups had survived an infection with the coronavirus in the meantime - possibly without even realizing it.

According to the authors of the study, no significant differences in the frequency of infection were found between the individual means of transport in public transport - buses and trains.

Little workload during the study

However, the researchers did not investigate whether those who were traveling in public transport and who had been infected during this time had actually been infected on the bus or train.

The location of the infection is usually difficult to determine, and the Robert Koch Institute (RKI) also publishes statistics on the locations of the outbreak, but in the majority of cases it is unknown.

It also remains unclear how high the risk of infection will be in buses and trains when more people use public transport again.

The study was carried out in February and March of this year in the Rhein-Main-Verkehrsverbund (RMV).

At this point, Germany had already been in the second lockdown for months, the federal government had called on all employees not to drive to the office whenever possible, but to work from home.

The buses and trains were correspondingly empty during this time.

In addition, it was mandatory to wear a mask in public transport during the investigation.

The good news of the study is therefore that under the current circumstances there is apparently no greater likelihood of infection in local public transport, but unfortunately it cannot be deduced from this whether this will remain the case when the number of passengers increases again.

After all, for the first time ever, the focus was on the passenger.

So far, the transport companies have only referred to one study that the Charité Research Organization had also carried out on behalf of Deutsche Bahn (DB).

It also emerged that the train staff at least did not contract the corona virus more often than other Deutsche Bahn employees who do not have regular passenger contact.

However, it was implied that it could be derived from this study that passengers would not have an increased risk on trains either, which the data did not reveal.

After all, the train attendants are constantly on the move, while the passengers sit next to the same, possibly infected person for long periods of time.

"The study by the Charité provides for the first time reliable scientific findings on the actual risk of infection when using buses and trains for millions of passengers in Germany," said the chairman of the conference of transport ministers and Bremen's transport senator, Maike Schaefer.

The results are good news for public transport customers.

“But I would also like to point out clearly that the results of the study had certain framework conditions that must continue to be guaranteed: keep your distance, wear a mask, ventilate and of course the lower occupancy thanks to home office also helps ensure that public transport continues to function reliably. "