The Russian government has made changes in the order of exchange trading in gasoline to stabilize fuel prices. As part of the innovations, large oil companies must plan the supply of fuel to the exchange for a month in advance, where independent gas stations can buy it at market prices. Experts believe that the initiative will significantly increase the supply of gasoline on trading floors. As a result, independent gas stations will purchase fuel at a lower cost and will not raise prices for end consumers, experts say. 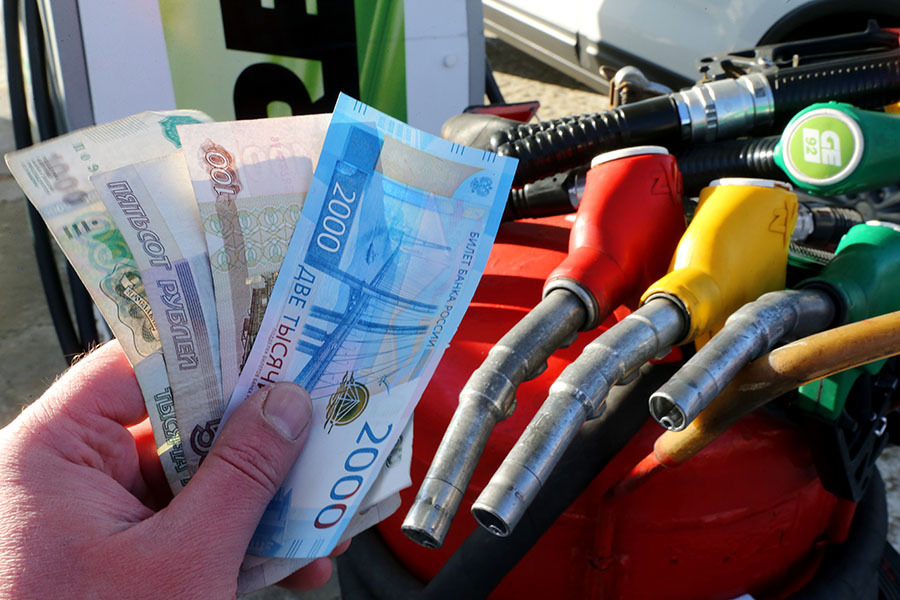 The order of exchange trading in gasoline and diesel will change in Russia.

The corresponding decree was approved by the Prime Minister of the country Mikhail Mishustin.

According to the government, the innovation will prevent sharp jumps in fuel prices.

“Large Russian oil companies are obliged to send part of the fuel to the exchange, where independent filling stations can buy it at market prices.

This approach reduces the risks of monopoly pricing, because many dominant players in the fuel market have their own network of filling stations, ”the Cabinet of Ministers reminded.

As part of the new initiative, oilmen will have to plan the volume of fuel supplies to the exchange for a month in advance.

According to the authorities, this will help ensure uniformity and regularity of trading, as a result of which independent gas station chains will be able to avoid additional price increases at their gas stations.

As experts interviewed by RT explain, large oil companies used to supply gasoline mainly to their own filling stations.

As a result, there was a shortage of supply on the stock exchanges and the price of fuel on the trading floors began to rise.

Under these conditions, independent companies had to buy fuel at an inflated market value and increase the price for end consumers in order to minimize their losses.

“Many owners of independent gas stations have lately complained that they are threatened with ruin due to too high prices on the fuel exchanges.

If there is more gasoline on trading floors, these risks will decrease, "said Pyotr Pushkaryov, chief analyst at TeleTrade Group, in an interview with RT.

As the expert noted, at present, in some regions of the country, drivers in the nearest access do not have network filling stations from large oil companies.

In these cases, independent gas stations are called upon to provide the population and transport workers with fuel at stable prices.

In addition, according to a government decree, it will now be possible to trade through the exchange using road transport directly from the factory.

As noted in the Cabinet of Ministers, earlier only rail deliveries were possible.

“Due to the innovation, the time for delivering fuel to filling stations will be significantly reduced.

This, in turn, is extremely important during the peak months of demand, when citizens are actively traveling around Russia by personal transport and need fuel even in the most remote corners of the country.

Previously, the delivery could take three to four weeks, but now the period will be much shorter, ”said Andrei Gordeev, an analyst at Virgin Oil Group, to RT.

Note that at the end of April, the Ministry of Energy of Russia proposed to limit the export of gasoline from the country for three months.

Thus, the authorities want to fully provide the domestic market with fuel during a period of high demand and thereby restrain price increases.

Moreover, since May 1, the authorities have changed the formula of the so-called damper. As a reminder, as part of this mechanism, since January 2019, the state has been reimbursing companies for lost revenues when supplying fuel to the domestic market. Thus, if the prices for fuel within the country are lower than export prices, oil workers receive compensation from the budget. When the cost of fuel in the domestic market is higher, companies, on the contrary, allocate part of their profits to the treasury. According to experts, the mechanism allows avoiding sharp jumps in the cost of fuel for consumers.

As a result of the damper, over the past two years, the rate of rise in the price of gasoline at Russian gas stations has been slowed down several times.

At the same time, due to the adjustment of the mechanism, the companies will receive an additional amount of compensation from the budget and will not significantly increase the cost of motor fuel at gas stations, experts are sure.

“Taking into account the whole range of measures taken recently (updated damper, increase in fuel sales on the stock exchange and export restrictions), a further increase in gasoline prices this summer should not be expected.

A creeping growth within 1-2% of today's cost at gas stations is naturally possible, but it is more likely that prices for the summer will calm down, ”concluded Pyotr Pushkarev.