"Employees in the hospitality industry must receive preferential vaccination everywhere"

Restaurants and bars should reopen, at least for those who have been vaccinated. But most of the time it is the staff of all people who do not have the protection. The industry warns of considerable risks - and calls for early vaccinations. In individual municipalities, people are already acting pragmatically. 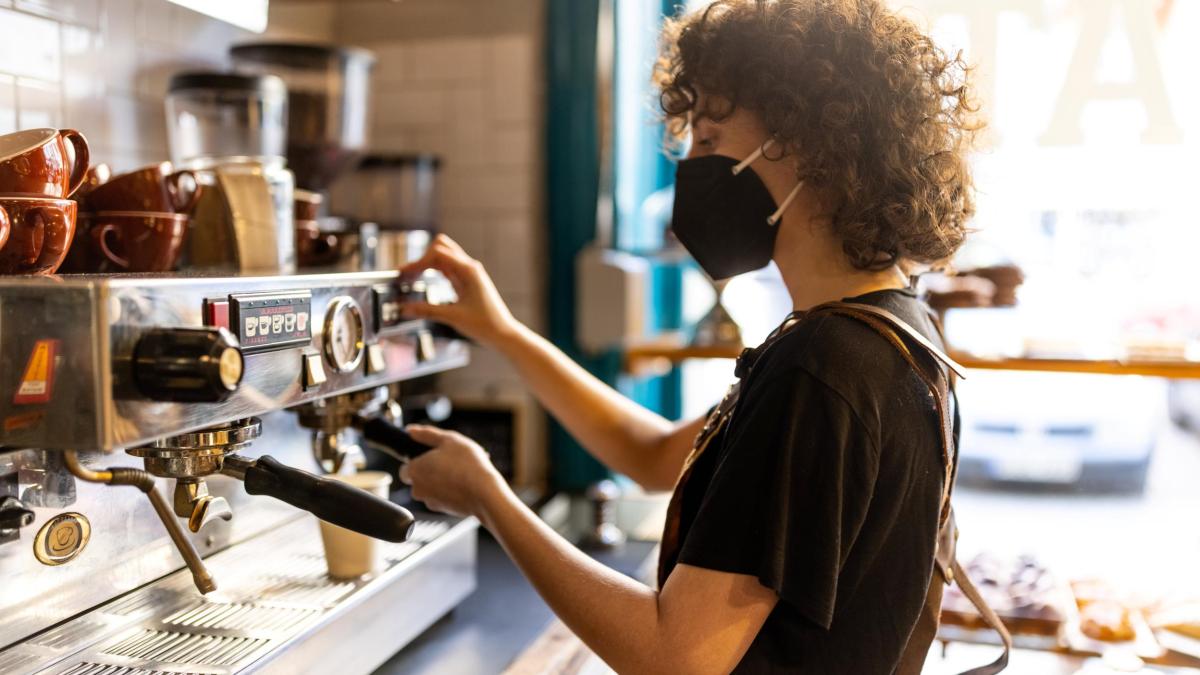 It could be so far in just a few days: restaurants and bars open their doors, but only fully vaccinated guests have access.

The government is still working on the details, the corresponding decision went through the Bundestag on Thursday.

At the same time, however, a disproportion is likely to arise: While all guests are then protected against a Covid 19 infection, most of the service staff have not yet received a vaccination.

And anyone who knows work in the catering industry knows that when the rooms and kitchens are in full operation, dozens of people work on a hectic shift, and hygiene rules and minimum clearances are likely to be difficult.

Many young people work in the catering industry - women and men who were not included in any priority group.

Often it is migrants, apprentices or students in their twenties who have no special pre-existing conditions or sometimes no family doctor - and therefore have poor chances of being vaccinated soon.

That should change now.

In the industry, there are calls for the staff to be given priority for vaccination if the openings are implemented in a timely manner.

Because an adjustment of the prioritization is unlikely, some municipalities act pragmatically.

Up to two million employees affected

For example in Fürth in Bavaria: By means of a “solidarity campaign” on May 15, 20 doctors invite employees from the catering and hotel industry to be vaccinated with AstraZeneca.

Instead of a classic registration system as in the vaccination center, the organizers rely on "word of mouth".

"We hope that word of the action gets around and that we can vaccinate 200 people," says Michael Hubmann.

The doctor runs the Fürth vaccination center and is not only well networked in the professional associations in the region: he recently vaccinated the operator of the guest theater "Comödie" in Fürth, where the campaign will also take place next Saturday.

From the point of view of the industry, initiatives such as those in Fürth and other individual districts should not remain an isolated case.

"Employees and entrepreneurs in the hospitality industry must now be given preferential vaccination everywhere," demands Ingrid Hartges, General Manager of the German Hotel and Restaurant Association (Dehoga).

Because it is foreseeable that restaurants and hotels will soon be able to get started again.

And then the employees would have a lot of guest contact, comparable to the employees in the food retail trade, who understandably have already been given a vaccination priority.

"We have to be put on an equal footing with those and other professional groups with a strong customer focus."

According to Hartges, around 500,000 employees are affected in a first step - all those whose workplaces are the first to be able to reopen.

In total, the industry has a good 1.1 million employees subject to social insurance, at least before the Corona crash.

Including mini-jobbers and family members, there are even around two million jobs.

"Preventing foci of infection in the company"

The Dehoga demand is supported by the Food-Enjoyment-Gaststätten Union (NGG).

"Politicians must not only focus on the guests, they must also pay attention to occupational safety," says NGG Chairman Guido Zeitler WELT.

But that has so far been neglected in the political discussion.

"It is imperative to prevent new sources of infection from developing in the company." That could happen if the employees are not vaccinated, but at the same time they have a lot of contacts: on the one hand with the guests, but above all with the likewise unvaccinated colleagues.

“In a kitchen, for example, you can't keep huge distances.” The most effective protection is a vaccination.

And that offer must be made to hospitality workers now.

Especially since the employees finally want to work again.

“Many also have high material pressure due to the short-time work,” reports Zeitler.

With its comprehensive hygiene concepts, the industry is already taking plenty of precautions beyond vaccination.

However, it still seems legally unclear whether, for example, daily tests can be required.

“We definitely recommend it,” says Zeitler.

However, the requirements are not really new.

Almost a month ago, the Dehoga in Bavaria called for employees in the catering trade to be vaccinated more quickly.

Individual appointments were made in Regensburg, for example.

Such actions usually ended at the borders of the districts.

There is already more clarity in neighboring Austria.

There, the vaccination offers for the gastronomy and tourism industry are being expanded significantly: the planned opening steps and the stable vaccine deliveries make it necessary and possible, according to the State of Carinthia, that around 8,000 employees from the gastronomy and tourism sector and around 3,000 from the Carinthian Chamber of Commerce are parallel to the prioritized groups reported key workers are vaccinated.

The invitations to the vaccination appointments would be sent out this week.