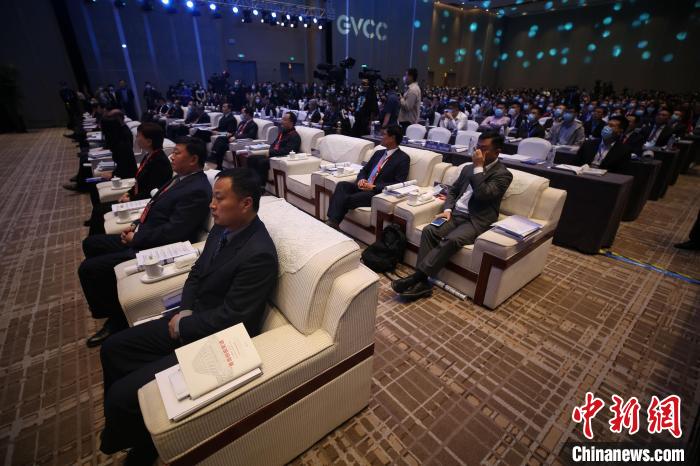 Chinanews, Qingdao, May 7 (Reporter Hu Yaojie) The 2021 Qingdao·Global Venture Capital Conference kicked off on the 7th in Qingdao.

The data shows that the cumulative total investment in the global venture capital market in 2020 is 313 billion US dollars, an increase of about 7% year-on-year.

The white paper pointed out that the total investment and volume of the global venture capital and venture capital industry reached its peak in 2018, and it has fallen back to remain at around US$290 billion in 2019.

At the same time, in 2020, the global venture capital and venture capital industry created the second-highest fundraising scale in history, reaching 111.2 billion US dollars, especially in the fourth quarter, the strongest performance, the median size of newly raised funds reached an unprecedented 8500 Ten thousand U.S. dollars.

The book’s editorial board, writing team leader, and PhD in economics, Tong Chen, said that due to the impact of the new crown epidemic in 2020, major economies other than China will experience negative economic growth. The contrast between one positive and one negative highlights China’s capital market in 2020. Great achievements have been made in the year.

During the year, the total IPO market value of mainland Chinese companies accounted for 37% of the world’s total. This was the highest share of China’s global IPO market since the 2009 global financial crisis weakened US listing activities.

Tong Chen said that in 2020, investment will be concentrated in the hard technology fields, such as information technology, semiconductors, and biomedicine. The total number of investment events in the three industries is 5,166, accounting for more than 50% of the industry.

The white paper statistics show that the number of unicorns in China and the United States accounts for nearly 80% of the world, of which the United States has 233 unicorns, China has 227, and other countries in the world have a total of 126.

At the investment level, market distribution has obvious regional characteristics. Economically developed regions including Beijing, Shanghai, Guangdong, Jiangsu, and Zhejiang have always been the most concentrated areas for venture capital.

It is reported that Qingdao·Global Venture Capital Venture Capital Conference has been held for two sessions. This conference lasts for 2 days. The theme is "Venture Capital Venture Capital Creates an Era, Innovation and Entrepreneurship Creates the Future-Creating a High-Quality Capital Gathering Highland". Guided by the Investment Fund Industry Association, sponsored by the Qingdao Municipal People’s Government, using the combination of “online + offline”, a main forum and four parallel sections including a special session for science and innovation funds of funds and a special session for CICC have been established. They come from China and Germany. More than 100 well-known industry experts, scholars, entrepreneurs and representatives of related financial institutions from countries and regions including France, Japan, Hong Kong, etc. attended the meeting.