Over the past year, food prices in the world have risen by almost a third and set a seven-year high. According to the UN, vegetable oils, sugar, meat, dairy products and cereals have risen the most. Experts interviewed by RT attribute this to the acceleration of global inflation, as well as the decline in supply on the international food market during the coronavirus pandemic. According to experts, the worldwide rise in food prices has also affected Russia. However, the measures taken by the government should restrain the rise in prices for goods, economists are sure. 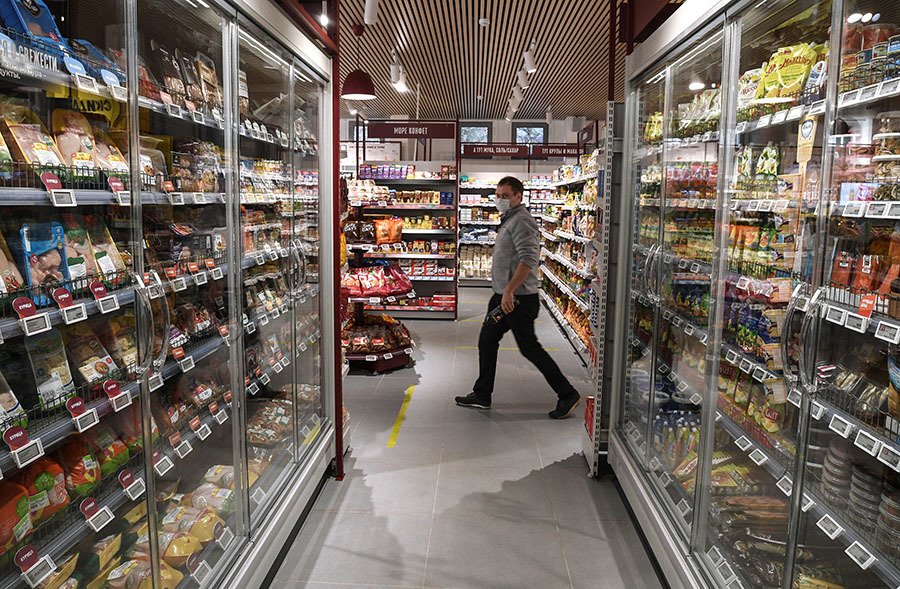 This was announced on Thursday, May 6, by the Food and Agriculture Organization of the United Nations (FAO).

According to experts, over the past year, the corresponding price index rose by 30.8% and reached 120.9 points.

The value was the highest since May 2014.

“This increase is primarily due to significant increases in sugar prices, as well as vegetable oils, meat, dairy products and grains,” the FAO said in a report.

According to the organization, food prices in the world have been continuously rising in price for 11 months in a row.

This state of affairs is largely due to the consequences of the coronavirus pandemic, said Georgy Ostapkovich, director of the Center for Market Research at the Institute for Statistical Studies and Economics of Knowledge at the Higher School of Economics.

“To stimulate their economies during the pandemic, many central banks turned on printing presses and increased their money supply.

The leaders of this policy are the United States and the EU, which are throwing money into the market to support businesses and the population.

The actions of regulators led to an acceleration of global inflation, as a result of which all real assets, including food, began to rise in price, "the interlocutor of RT explained.

In addition, as the specialist noted, the introduction of quarantine restrictions and the temporary closure of enterprises caused a decline in world food production.

In these conditions, a shortage of a number of goods was formed on the global market, which also led to an increase in prices, Ostapkovich emphasized.

In addition, one of the reasons for the increase in the cost of food was the drop in yields amid dry weather in some producing countries.

Ilya Bereznyuk, managing partner of Agro and Food Communications, expressed this point of view in a conversation with RT.

“At the same time, there are no new harvests anywhere, so so far there are no reasons for a sharp decline in world prices.

The deferred demand factor also makes itself felt to a certain extent.

In particular, after the lifting of quarantine restrictions, an active growth in food consumption began in the hotel and restaurant business, "Bereznyuk added.

On the same wave

According to experts, the general rise in world food prices affected Russia as well.

This is evidenced by the data of Rosstat.

“With a record increase in food prices in the world, agricultural holdings began to supply more goods for export in an attempt to earn extra money.

This, in turn, led to a rise in the price of food products within the country, ”explained Georgy Ostapkovich.

Moreover, the high indebtedness of producers also played in favor of the increase in domestic prices for products.

This opinion was shared with RT by the chief analyst of the TeleTrade Group of Companies Pyotr Pushkarev.

“In addition, companies have increased fuel costs for transportation.

Added to this are storage costs, equipment leasing and premises rental.

That is, manufacturers are forced to transfer their costs further down the chain to wholesalers, and those already to retail buyers, ”explained Pushkarev.

However, although world food prices are still growing steadily, already in March 2021, food inflation in Russia slowed down to 7.58%.

In many respects, experts explain this by the effect of government initiatives.

Recall that in December 2020, Russian President Vladimir Putin criticized the Cabinet of Ministers for the rise in food prices and demanded that measures be taken to solve the problem.

As a result, the authorities promptly prepared appropriate proposals.

For example, agreements on price freezing were signed between retail chains and sugar and butter producers.

In addition, the government has adjusted duties on a number of agricultural products and provided support to millers and bakers.

At the same time, the authorities have developed a bill that allows the government to introduce price regulation under certain conditions.

In addition, in March 2021, the Cabinet of Ministers introduced constant monitoring of prices for consumer goods and services.

As conceived by the government, the initiative will make it possible to promptly respond to a sharp rise in prices for products that are significant for Russians and promptly take stabilizing measures.

“The actions of the authorities to restrict exports are also working.

In particular, the other day the government approved a temporary ban on the export of buckwheat, which is very popular in South Korea and Japan.

Such measures should increase the amount of the product on the domestic market, which will help keep prices at an acceptable level, ”said Georgy Ostapkovich.

According to the economist, further dynamics of domestic food prices will depend on the volume of the harvest.

At the same time, according to the specialist, the level of food inflation in Russia will continue to slow down.

“Most likely, by the end of 2021, the consumer price index will be set at 4.7-5.2%, as predicted by the Central Bank. Food inflation is always slightly higher, so it will be around 6.5%. However, this is not a critical increase, and it is not a fact that all goods will seriously increase in price. So, last year, despite the fact that prices for sugar and sunflower oil increased, some products - such as milk and white cabbage - fell in price, ”the expert emphasized.