The new CaixaBank earns 4.786 million until March from the merger with Bankia

The new CaixaBank reached a profit of 4,786 million euros in the first quarter of the year, compared to 90 million in the same period of 2020, once it was incorporated ... 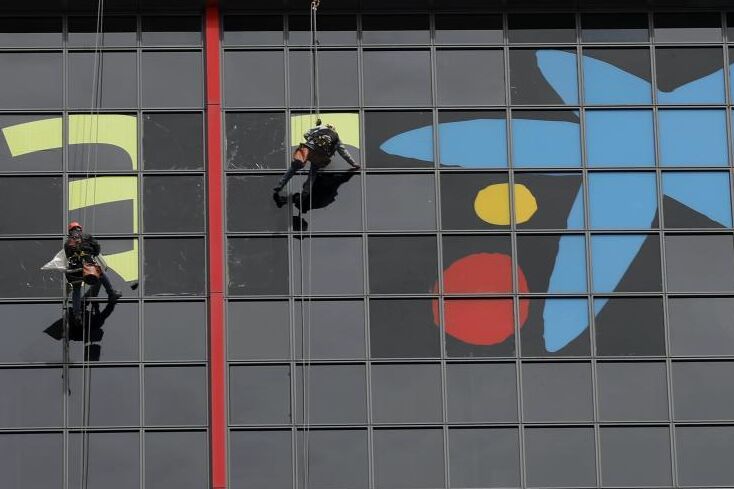 reached a profit of 4,786 million euros in the first quarter of the year, compared to 90 million in the same period of 2020, once the extraordinary impacts associated with the merger with

. Without these extraordinary items, the bank's profit would stand at 514 million, 5.7 times more than in 2020, when the results were affected by the provisions made to face the

published the first quarter results on Thursday at the CNMV, the first to include the assets and liabilities of the nationalized bank and the book capital gains resulting from the integration process on its balance sheet. The accounts do not include the results generated by

in the period, since the operation was closed at the end of March, so the merger has not had any impact on the different lines of activity.

The balance sheet, on the other hand, does reflect the incorporation of

at their fair value as of March 31, which is the date that has been taken as the reference for the merger for accounting purposes. Thus, after the incorporation of

reflects an extraordinary entry associated with the merger (negative goodwill) of € 4,300 million, which together with the extraordinary expenses of the integration and the ordinary result gives led to an accounting attributable profit in the first quarter of 4,786 million.

The negative goodwill is the result of discounting from

(5,314 million euros) and a series of accounting adjustments when putting different assets and liabilities at fair value (3,474 million euros), explains the entity chaired by

. The operation has made

In a statement, the entity's CEO,

, stressed that the recurring profit of 514 million reached until March is "a figure that already shows a clear progress towards normality."

- stood at 2,066 million euros at the end of the first quarter, which represents a year-on-year increase of 1%.

Net interest income fell 0.7%, to 1,191 million, in an environment of negative interest rates, a fall that is offset by income from insurance contracts (+ 9.3%), results associated with insurance companies (+ 39.2%) and the growth of commissions (+ 0.2%).

The gross margin stood at 2,063 million euros, 4% more, and the income of the investee portfolio grew by 34.4% compared to 2020, to 77 million euros, thanks mainly to the improvement in the attributable result of

. On the other hand, recurring administration and amortization expenses fell 3.3% in the interannual rate, to 1,149 million euros, thanks to early retirements in 2020, the management of the cost base and lower expenses incurred in the context of the

Between January and March, the entity has recorded extraordinary expenses associated with the integration of

amounting to 40 million euros. Taking into account the aggregation of the

, the proforma result without extraordinary items associated with the merger would be 580 million euros, compared to 184 million in the first quarter of last year.

As a result of the integration, managed customer funds increased 39.6% in the interannual rate in the quarter, to 579,934 million, and gross customer loans reached 363,821 million, with an increase of 49.2% in the trimester.

The non-performing loan ratio now stands at 3.6%, three tenths more than at the end of 2020, and the coverage ratio remains at 67%, with a doubtful balance amounting to 14,077 million euros.

For its part, total liquid assets stood at 147,146 million euros, with a growth of 32,695 million euros in the first quarter, mainly due to the integration of

recalls that during 2020 more than 17,000 million euros were granted in loan arrears in

Half of the moratoriums have already expired and at the end of April 8,498 million euros remain in force.

Non-performing balances represent only 0.4% of the loan portfolio.

As of March 31, the balance