The Government is considering 2024 as the date on which the pay-per-use system could begin to be implemented in the State's road network, in response to the two principles ... 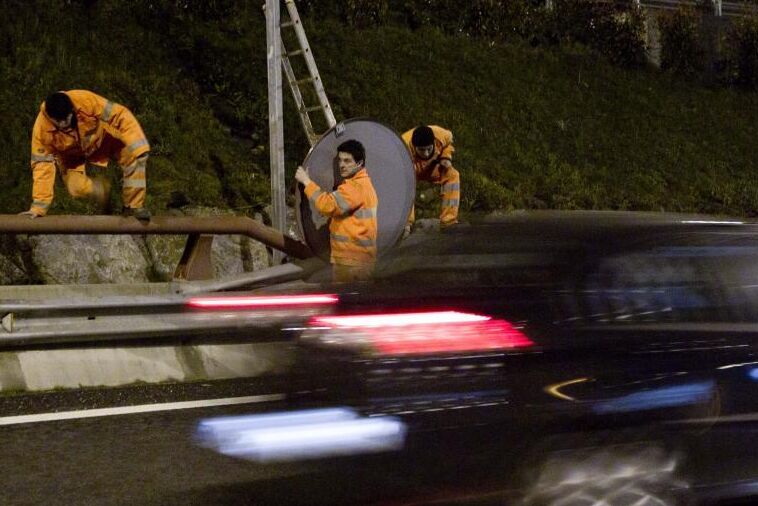 The Government considers 2024 as the date on which the pay-per-use system could begin to be implemented in the State's road network, in response to the two principles on which the use of roads will be based from that moment on. :

"Whoever pollutes pays" and "he who uses pays".

the Executive plans to carry out a "awareness and sensitization" campaign

on carriers and the population regarding the need to implement this measure, as stated in the Recovery, Transformation and Resilience Plan sent to Brussels.

Based on international experience, the Executive believes that the minimum time necessary to develop the regulatory instruments and create the precise structure to implement a pay-per-use system at the national level

is between two and three years.

the Government insists that it will seek social and political agreement

to implement this measure, consulting with professional transporters, as well as with the autonomous communities and other administrations to determine the willingness of all to incorporate tolls on the roads under their ownership.

Regarding trucks and other heavy vehicles authorized for the transport of goods by road, the text clarifies that the necessary regulatory conditions will be promoted by the Administration so that

the cost of the toll is assumed by the shippers

, thus encouraging the search for sustainability and transport efficiency.

the Government hides behind various elements to justify this measure

, some of them being the minorization of greenhouse gas emissions, the impact of the road on the environment and the efficiency of transport.

However, the main reason is the large deficit caused by road maintenance.

"With a state network that exceeds 26,466 kilometers in length

, of which about 12,000 are of high-capacity roads, which means that we have the most extensive in Europe, maintenance costs are increasing and it is not possible for them to be assumed directly by the budgetary resources ", indicates the text.

The Government also clarifies that the system

could be "scalable and progressive"

, that is, that it is initially charged only in the high capacity network (highways) and that it is progressively extended to other networks, thus opening the door to any road may be toll.

This progressivity in the application of the measure responds to the expected rejection that it will cause in the population.

For this reason, he

argues that "acceptable but guaranteeing financing" rates will be determined.

toll of between 3 and 5 cents

on average would be enough to end the deficit of 8,000 million that the conservation of the roads already accumulates.

Following the guidelines set out by Europe in the framework of the last great financial crisis, Portugal introduced tolls

throughout its high-capacity network

, not only for heavy vehicles, as required by Brussels, but for all of them, including light ones, that is, to all the citizens.

In Spain, far from introducing tolls, policies have gone in the opposite direction,

in not renewing concessions that were coming to an end

, which has made it possible to free from tolls several highways that are now free.

In addition to Portugal, in France and Italy, payment per use prevails, while in Germany all motorways are free.

a payment of 9 euros to go from Madrid to Burgos

, 12 euros to travel between the capital and Zaragoza, about 14 euros to go to Valencia, 15 to Córdoba, 16 euros to Badajoz or 22 euros to La Coruña.

Coronavirus: Spaniards suspend the government's management of the pandemic