Dubai Customs efforts aimed at protecting intellectual property rights contributed to a new achievement, which was the issuance of the Office of the Trade Representative of the United States of America, which is affiliated with the US Federal Government, a decision to remove the name of the United Arab Emirates from the control list in the report. 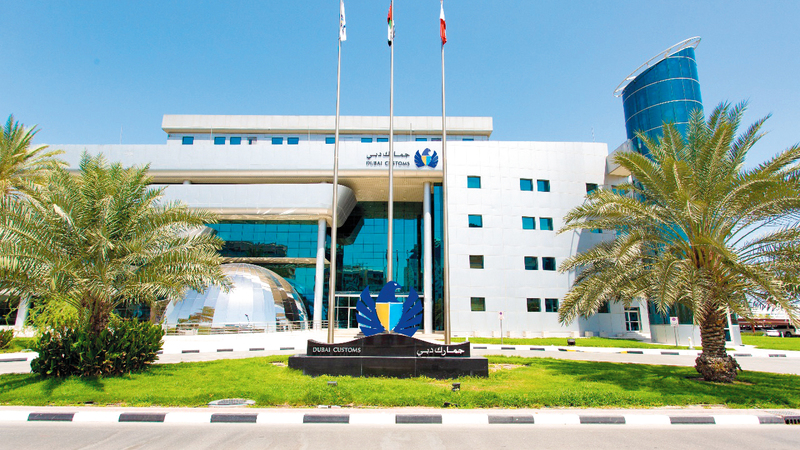 In its latest report on the global commitment to intellectual property rights, the Office of the Trade Representative of the United States of America stated that the UAE has made great progress in this field through a series of measures implemented by several government agencies in the country, as the efforts of Dubai Customs played a fundamental role in enabling the state to Exit from the control list that includes countries with the least commitment to protecting intellectual property rights.

The Office of the Trade Representative of the United States of America follows up on US trade policy and represents the US government in trade negotiations at the bilateral and multilateral levels. It also issues annual reports on states ’commitment to international laws and agreements regulating global trade, including the protection of intellectual property rights.

His Excellency Sultan Ahmed bin Sulayem, CEO and Chairman of the Board of Directors of Dubai Ports World Group and Chairman of the Ports, Customs and Free Zone Corporation ... welcomed the decision of the United States Trade Representative Office to remove the name of the UAE from the control list of countries with the least commitment to protect intellectual property rights.

He stressed that Dubai Customs is working to implement all of the UAE's obligations under international trade regulations and agreements and pays great attention to protecting intellectual property rights.

The President of the Ports, Customs and Free Zone Corporation expressed his pleasure that the efforts of Dubai Customs in this field contribute to the country's achievement of this achievement, which supports the strategic plans to promote the growth of foreign trade in implementation of the directives of the wise leadership and the vision of His Highness Sheikh Mohammed bin Rashid Al Maktoum, Vice President and Prime Minister of the State and Ruler of Dubai "May God protect him" by working to implement the Dubai five-year plan to raise the value of the emirate's foreign trade exchange to 2 trillion dirhams, as the commitment to protect intellectual property rights is one of the most important competitive advantages that support the ability of our national economy to attract more trade by providing a safe environment for traders and investors that protects them from risks Competing with counterfeit and pirated goods for their trademarks, as well as the role of protecting intellectual property rights in encouraging creativity and innovation by enabling creators and innovators to make the most of their new ideas and innovations.

He said that the department is keen on fully cooperating with American and foreign diplomatic agencies in general in following up the implementation of the best international standards in protecting intellectual property rights, and that the customs centers, in cooperation with the Intellectual Property Rights Protection Department in Dubai Customs, pursue the prosecution of counterfeit goods and infringements of intellectual property rights to ensure their control and prevention from Entering the local markets through the border outlets of the Emirate of Dubai, and the department works to develop the capabilities and skills of customs inspectors to enable them to control counterfeit goods in cooperation with partners in the private sector of trademark owners who provide all information to inspectors and customs employees about attempts to imitate the original goods of their trademarks. Customs centers in Dubai are fully prepared to confront counterfeit goods and thwart their entry into the country, and their efforts in this field have contributed to achieving the great achievements of the foreign trade sector, which we celebrate in the yearThe fiftieth in the golden jubilee of the United Arab Emirates.

For his part, His Excellency Ahmed Mahboob Musabih, Director General of Dubai Customs, said that the department established in 2005 the Intellectual Property Rights Protection Department, which is the first of its kind at the level of customs authorities and departments in the Middle East, with the aim of achieving the best level of coordination between departments and customs centers in the field of protection Intellectual property rights and works to continuously develop its performance in this field by developing cooperation with diplomatic bodies and trademark owners to enable them to protect their original goods from unfair competition for counterfeit goods for their trademarks.

He added that the total number of intellectual property dispute cases that the department resolved in the first quarter of 2021 amounted to about 81 dispute cases, the estimated value of about 11.3 million dirhams, and during this period the department recycled about 510 thousand pieces of counterfeit goods for 26 trademarks and in the year 2020 resolved 255 cases of intellectual property dispute, an estimated value of 62.2 million dirhams, and about 161.8 thousand pieces of counterfeit goods for 60 trademarks were recycled. Last year, the department organized 10 workshops to introduce inspectors and customs employees how to distinguish between counterfeit goods and original goods in the presence of 309 participants. In the first quarter of 2021, two workshops were organized, with 68 participants attending.

His Excellency affirmed that the department is working to educate and educate society in all its groups of the dangers and damages of counterfeit goods and strive to involve the public and new generations in Dubai Customs efforts to protect intellectual property rights by organizing awareness activities and events, which the department is keen on continuing during the past period, taking into account the precautionary measures to confront Covid 19 from During the organization of events via electronic communication technology, the number of awareness events organized by the department in the first quarter of 2021 to familiarize customers, partners and the public with the importance of protecting intellectual property rights reached 12 awareness events, and the number of beneficiaries of these events reached 1394 beneficiaries from inspectors, government departments employees and school students. In 2020, about 46 awareness events were organized, in which 2,358 beneficiaries from these groups participated.

For his part, Youssef Uzair Mubarak, Director of the Intellectual Property Rights Protection Department said that the department is keen to follow up permanently with American and foreign diplomatic agencies in general to know all their requirements to protect the intellectual property rights of their commercial companies and pursue, through customs centers, all attempts to smuggle counterfeit goods in coordination with trademark owners. The administration has permanent meetings and meetings with diplomatic bodies and trademark owners and strictly follows up its full commitment to international regulations for the protection of intellectual property rights to provide a model for customs authorities and departments at the global level to emulate counterfeit goods to protect societies from their risks and damages, and to provide a safe business environment for traders and investors that protects them from counterfeiting and piracy. .