Israel: two candidates to try to form a coalition government

The two main opponents of Benjamin Netanyahu on Wednesday asked Israeli President Reuven Rivlin to grant them the right to try to form a government after the failure of the idiots ... 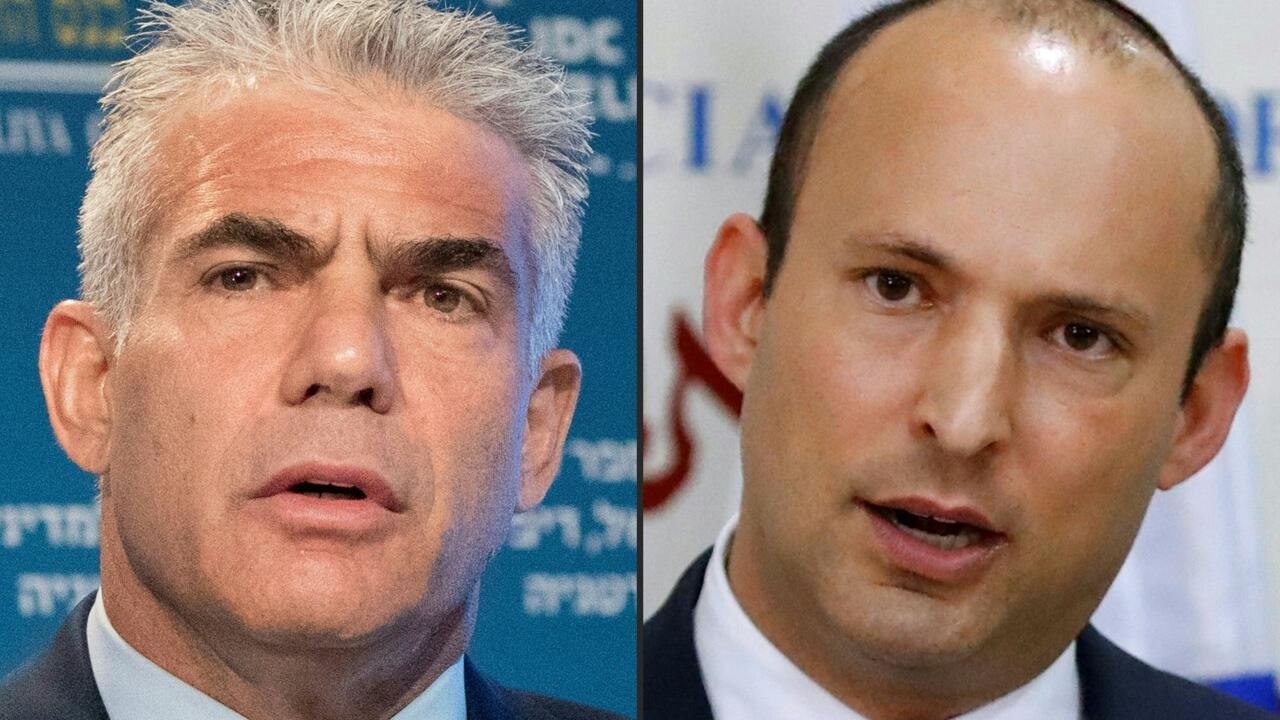 Israel: two candidates to try to form a coalition government

Yair Lapid (l) and Naftali Bennett (r) are both running for appointment by President Reuven Rivlin as Prime Minister responsible for creating a coalition government.

The two main opponents of Benjamin Netanyahu on Wednesday asked Israeli President Reuven Rivlin to grant them the right to try to form a government after the failure of the consultations started by the outgoing Prime Minister.

At the end of the 28 days allotted to him, he failed to

put together a coalition

capable of receiving the green light from the Knesset, the Israeli parliament.

The president of the Hebrew state, Reuven Rivlin, therefore made a new attempt by receiving several of the candidates.

After further consultations, two names are in the running, according to our correspondent in Jerusalem,

Naftali Bennett, the leader of Yemina, a nationalist right-wing party whose members are more divided on the idea of ​​forming an alliance with the center left.

And the centrist Yaïr Lapid, the president of Yesh Atid supported by at least 51 deputies of the hemicycle, ranging from the left dove to formations clearly to the right.

But that's not enough.

To obtain the required majority, the two camps must obtain the support of formations of the left, the center and the right, but also at least of an Arab party.

Indeed, the last elections, organized on March 23, did not allow a clear majority to be achieved either.

Another option is that President Rivlin could fire the candidates back to back by asking the Knesset to find another MP who can put together a new government.

The decision should fall within the next few hours.

If the new prime minister-designate fails to form a coalition within 28 days, the Israeli president could ask parliament to agree on the identity of a new head of government within three weeks.

In case of failure, a new ballot will take place.

►Also listen: Orient weekly - The left in Israel: failure of a utopia