OAG, an international provider of airport and airline data, revealed that airlines operating in the UAE's airports will, in total, operate more than 641.3 thousand seats on flights during the week that began on May 3 (the week before the Eid holiday). 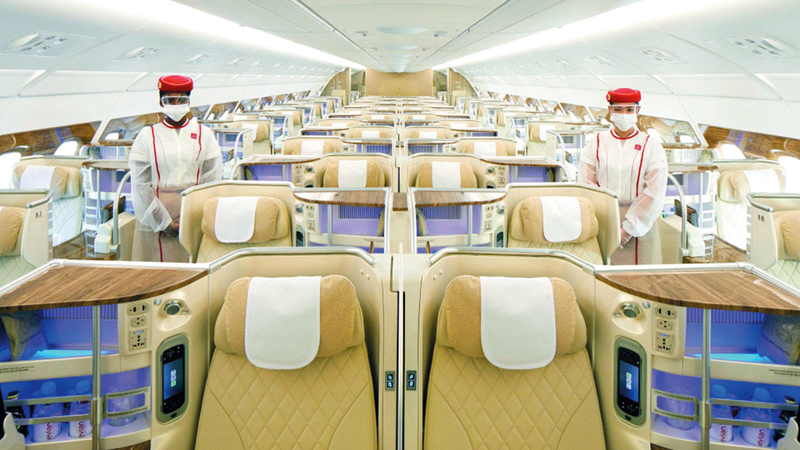 288% increase in the capacity in the local market last month

OAG, an international provider of airport and airline data, revealed that airlines operating in the UAE's airports will, in total, operate more than 641.3 thousand seats on flights during the week that began on May 3 (the week before Eid al-Fitr). ), Compared to about 619.8 thousand seats in the previous week, with a growth rate of about 3.5%.

Data of the corporation, of which Emirates Today obtained a copy, showed that the absorptive capacity in the UAE market during last April was 288% higher compared to the same period in 2020, as this significant increase in growth rates is due to the coincidence of that period last year. With the temporary suspension of scheduled passenger flights at the country's airports following the "Covid-19" pandemic, seat capacity at that time recorded low levels, mostly concentrated on evacuation flights.

According to the corporation, airlines at the country's airports occupied more than 2.65 million seats during March 2021, and about 2.72 million seats last April, indicating that the local market is witnessing a continuous increase in seat capacity as airlines operate more scheduled flights to existing and other destinations. New.

OAG stated that airlines in the Middle East region will occupy more than 2.4 million seats this week, compared to 2.3 million the previous week, pointing out that the UAE market accounts for 27% of the total seat capacity occupied by airlines in the region. .

Globally, the Corporation indicated that despite plans to ease travel restrictions in some markets, including the United Kingdom, capacity indicators are still fragile, as airlines continue to reduce their capacity over the next two months on scheduled flights, explaining that since last week, May's capacity has been reduced by about 22.5 million seats, and June 23.5 million.

OAG International, which provides airport and airline data, said that the seat capacity on flights worldwide exceeded 62.3 million this week, an increase of 430,000 from last week, with North America and Eastern Europe covering the declines recorded by many other regions.

She explained that the global capacity is still at about 60% of pre-pandemic levels, while Northeast Asia remains the region closest to a full recovery, with its operational capacity reaching about 84%.