It's a friendly economy time. Today, I will be with reporter Hyemin Kim. Reporter Kim said that today is a family month special, but today is Children's Day. 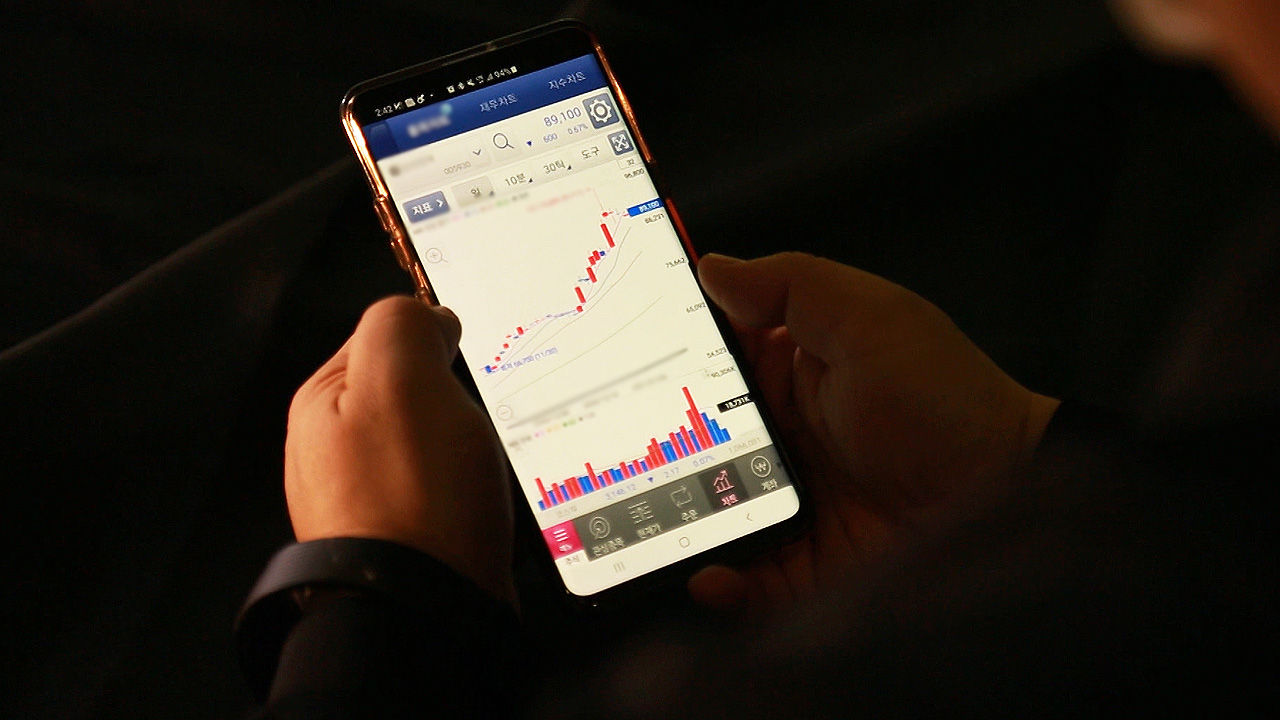 friendly economic time. Today (5th) will be with reporter Kim Hye-min. Reporter Kim said that today is a family month special, but today is Children's Day. right? (Yes, you have a daughter. Did you prepare a present?) I haven't prepared yet, and after the broadcast, I'm going to go home and buy one in the afternoon.

I don't know if my children like it, but parents say that these days, they give this gift a lot.

It's'stock', and if you want to buy stocks in the name of your children, you'll need an account first.

New accounts opened in the name of minors have been increasing rapidly in recent years.

Last November alone, there were about 34,000 cases, but at the end of the year, the number of cases exceeded 69,000, and the number increased to 134,000 cases, which is nearly double in February.

Of course, the increase in the number of new stock accounts for minors is also affected by the recent subscription to public offering stocks that have mobilized all the accounts of their families.

Anyway, if you open a child's account and put stocks or public offering stocks, the children will be interested in the stock market from a young age, so they can study the economy, and stocks of large corporations are expected to go upward in the long run, so some of them have the purpose of investment.

But stocks are invisible. So younger children may not be interested.

In that case, one of the ways is to buy stocks from companies that have brands they like.

Looking back these days, there are quite a few people who buy stocks for their children like this, but it's our real-name financial system. If you want to make a bankbook or something, you have to make it with your own name. How do you make a stock bankbook for your children? And I am also curious about the gift tax.

First of all, you can see that there are actually very few ways to make accounts for minors face-to-face.

You have to visit the branch in person, one parent and child go together, and there are quite a few documents required.

You must also have a certificate of family relations of your child, a stamp, and identification of the parents you are traveling with.

When you go to a securities company, if you want to trade foreign stocks in addition to domestic stocks, you must also tell this section, and if your parents send cash to your child's stock account, you should also pay attention to the gift tax section.

The National Tax Service considers the time of deposit to the child's account as the donation time.

Minor children can still donate up to 20 million won every 10 years without tax.

For example, if you donate 20 million won as soon as a child is born, it is calculated that you can donate 40 million won without tax until adulthood.

Even if you give your child a small amount without gift tax, you must report the gift, because the child's account can be recognized as the parent's borrowed account.

i See. But it's Children's Day today, and if you say Children's Day, you can see a lot of children playing outdoors in an amusement park. But this year, it won't be easy to see that kind of thing because of the corona, right?

Children's Day is a public holiday, I think there are many more children staying at home.

There was a survey asking parents what they were going to do on Children's Day, and more than half of them said "I just rest at home" or "I don't have any plans."

Also, even if I went outdoors, few families said that they would go to places like amusement parks, museums, and movie theaters.

Compared to five years ago, the answer of going on a trip or camping with family at that time ranked first. I will watch a movie or a musical. Or go to an amusement park. There were also quite a few families like this. Corona 19 has also changed the scenery on Children's Day a lot.

Still, I hope everyone has a happy day. We talked about Children's Day, but there are days for parents in a few days. Mother's Day. Did reporter Kim prepare a gift for Mother's Day? (I prepared cash.) I think the elderly will like gifts the most. Really, how is it?

As you expected, several companies conducted a survey on what kind of gifts for Mother's Day are being exchanged. In all surveys,'cash' gifts were overwhelming.

In one online shopping mall survey, parents who want to receive'cash' accounted for 60% of the total. Conversely, 64% of the gifts they wanted to give were'cash'.

So, recently, pocket money boxes where money comes out like tissues, or pocket money eggsboards where you can put cash one by one, are becoming popular together.

In addition, it was not a material gift but a'warm word' that parents said they wanted to receive the second most after cash. In addition to cash, the children replied that they would buy health food and clothing.