The organization Open for Business is hoping that companies in Eastern Europe will do more to promote the acceptance of LGBT people. Because according to a study, intolerance causes economic losses. The first improvements are becoming apparent. 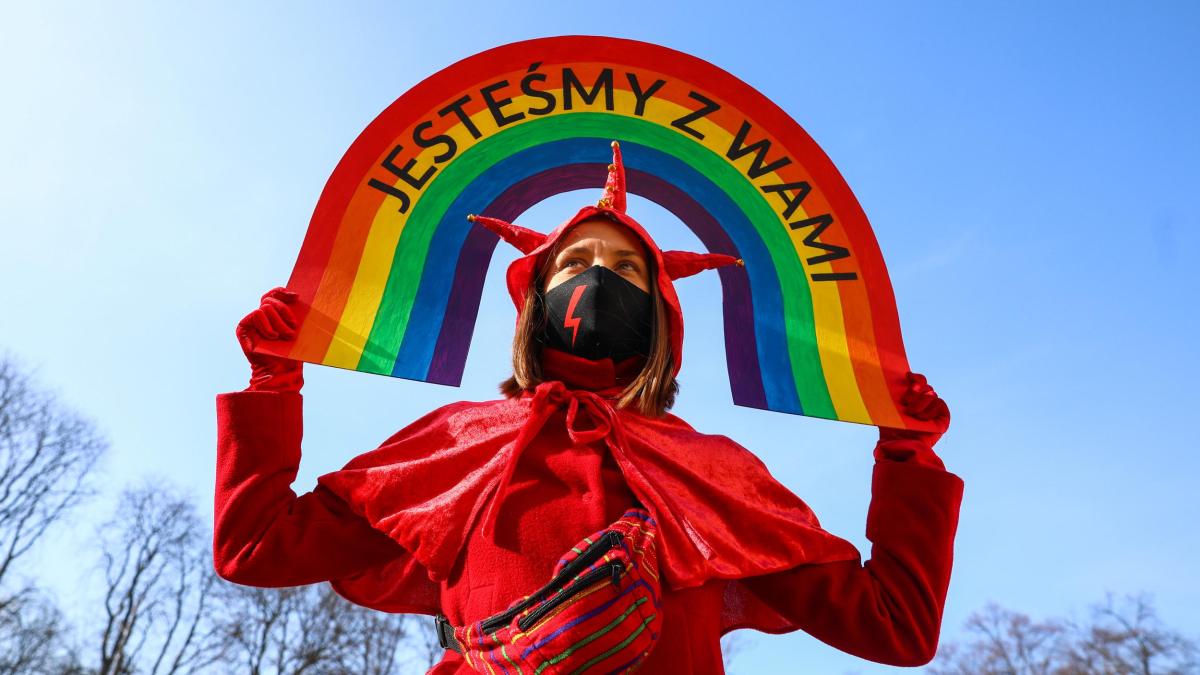 What is completely normal in Western Europe can cause an uproar just a few hundred kilometers further in the east of the EU: When Coca-Cola pasted motifs in a poster campaign in Hungary with couples who drank Coke together, a storm of indignation broke out.

One picture showed a man, a woman and a coke, another two women and the drink, and a third two men with a coke bottle.

In a country where the government regularly railed against the “LGBT ideology”, conservative politicians felt challenged: a member of parliament called for a boycott of products from the beverage giant.

Citizens started a petition to ban the posters, and the government eventually fined the company for harming "the physical, mental, emotional and moral development of children and minors."

The example shows how quickly companies get criticized if they misjudge the political mood.

In Eastern Europe in particular, the climate for lesbians, gays, bisexuals and transgender people (LGBT) is currently getting harsher.

Nonetheless, activists are counting on companies to do more for this group than before.

At least that's the strategy of the Open for Business organization, which promotes the acceptance of LGBT people in the workplace.

The organization is financed by large corporations such as Google, Ikea and Deutsche Bank.

With a current study, the organization is addressing the economy and business-related circles in politics in Eastern European countries very aggressively.

In their publication, the authors of the analysis warn of the economic losses caused by discrimination.

Disadvantage in the workplace means that LGBT people earn less than heterosexual colleagues for the same work. In addition, discrimination and stigma mean that those affected suffer more often from depression and that prevention against HIV / AIDS is far less widespread than in Western Europe, for example. Both factors put a strain on the health systems, caused loss of earnings for those affected and reduced productivity in the workplace.

Whether the discrimination causes economic losses and how high they are can hardly be reliably quantified.

The authors of the study estimate that LGBT discrimination in Hungary, Poland, Romania and the Ukraine could cost between 0.14 percent and 1.75 percent of the economic output of the four countries concerned every year.

This range alone shows how unreliable the numbers are.

At the same time, the activists' strategy of winning over entrepreneurs and companies for their own cause could work.

This is shown by a survey conducted by the organization among HR managers from 190 medium-sized and large companies in the four countries examined.

According to this, companies are very keen on diversity - a finding that stands in stark contrast to the anti-LGBT rhetoric of leading politicians.

A majority of 57 percent of those questioned indicated in the study that their company felt “obliged” or even “very obliged” to take care of a diverse workforce.

On the other hand, only 14 percent said that their employer was “not” or “not at all” committed to this goal.

The respondents mentioned above all ethical reasons, but also that diversity makes companies more attractive as employers for young applicants.

At least a third of those surveyed also believe that their own company is trying harder to achieve diversity and inclusion than it was two or three years ago - and only one percent think their employer's efforts are less pronounced.

This is remarkable because, especially in Poland and Hungary, hostility against LGBT people has increased in recent years.

In Poland, for example, more than 80 municipalities have declared themselves LGBT-free zones.

And Hungary's Prime Minister Viktor Orbán only banned the adoption of children by same-sex couples in December.

Incidentally, the beverage manufacturer Coca-Cola reacted stoically to the angry reactions to the advertising campaign.

“We believe that heterosexuals and homosexuals alike have the right to love whoever they want and how they want,” explained the company - and left the posters hanging.