Spain is not part of the G-7, the group of the seven most industrialized powers, but two Spanish companies do participate in its preparation as a sign that how ... 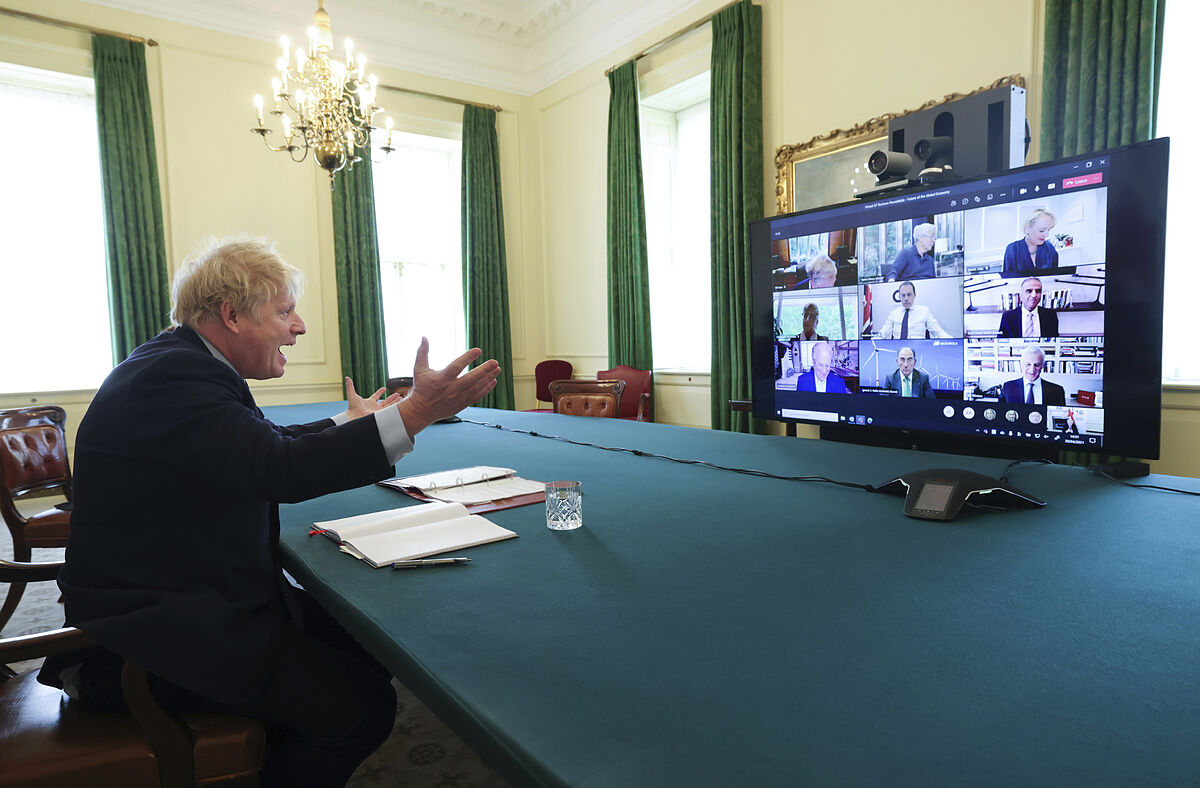 Spain is not part of the G-7, the group of the seven most industrialized powers, but two Spanish companies do participate in its preparation as a sign that multinationals exceed the weight of the country in which they are based.

selected the president of Iberdrola,

, for a reduced telematic meeting in preparation for the G-7 summit next June.

Sources from both companies declined to comment to EL MUNDO on the content of the meeting beyond confirming the participation of their respective presidents.

The invitation is due to the fact that Johnson has assumed the presidency of the G-7 this year and has called the summit for next June 11 in Cornwall.

It will also host the next climate summit.

The so-called COP26 will take place in Glasgow next November.

Johnson met last Friday with ten business leaders from around the world:

, (Microsoft founder and president of the Gates Foundation)

(Standard Chartered) and the aforementioned Galán and Álvarez Pallete.

"I spoke with business leaders

about how we can drive global economic recovery

through public and private investment, fight climate change, and develop new technologies to drive prosperity while protecting our shared values," Johnson summarizes this meeting in his profile. from Linkedin.

and is a continuous defender of the G-7 and G-20 speeding up the process with bureaucratic agility and legal certainty for investments. Johnson asked Pallete about how to increase broadband connectivity.

deployed than large capitals in other European countries and exhibits the digitization infrastructure of the fourth euro economy as a model during the pandemic.

The official version of Downing Street, which issued the invitations, is that "the

, thus talking about the crucial role that companies play in the global fight against climate change, ahead of COP26 to be held in Glasgow later this year. " The prime minister also asked present bankers such as Dimon and Fink for their opinion on the financing of the climate change process and the introduction of new technologies. According to this version, the president of the G-7 was also interested in what is "the best way in which governments and business leaders can design the role and application of new technologies in a way that promotes prosperity and competition,

while upholding the values ​​of the G7

and ensuring that social and economic inequalities are addressed, from improving broadband connectivity to fighting climate change and access to education. "

Johnson has room as host to invite non-G-7 countries to exceptionally attend the Summit.

Spain is not among them

and it does not maintain a particularly close relationship with the President of the Spanish Government,

The British Conservative leader has invited Australia, India, South Korea and South Africa to his first major international event after Brexit in an attempt to strengthen relations with new markets in the new scenario outside the European Union.