Return to balance: the euro rate for the first time in three weeks fell below 90 rubles

On Wednesday, April 28, the euro rate on the Moscow Exchange fell below 90 rubles for the first time in three weeks. Analysts explain the strengthening of the Russian currency by the high interest of investors in risky assets, as well as some weakening of geopolitical risks. In addition, the rise in oil prices and the tax period are in favor of the ruble. According to experts, in the near future, the increase in the Central Bank rate and the demand of Russians for foreign tourism will also become factors for the national currency exchange rate. How in these conditions the dollar and euro rates can change by the end of spring - in the material RT. 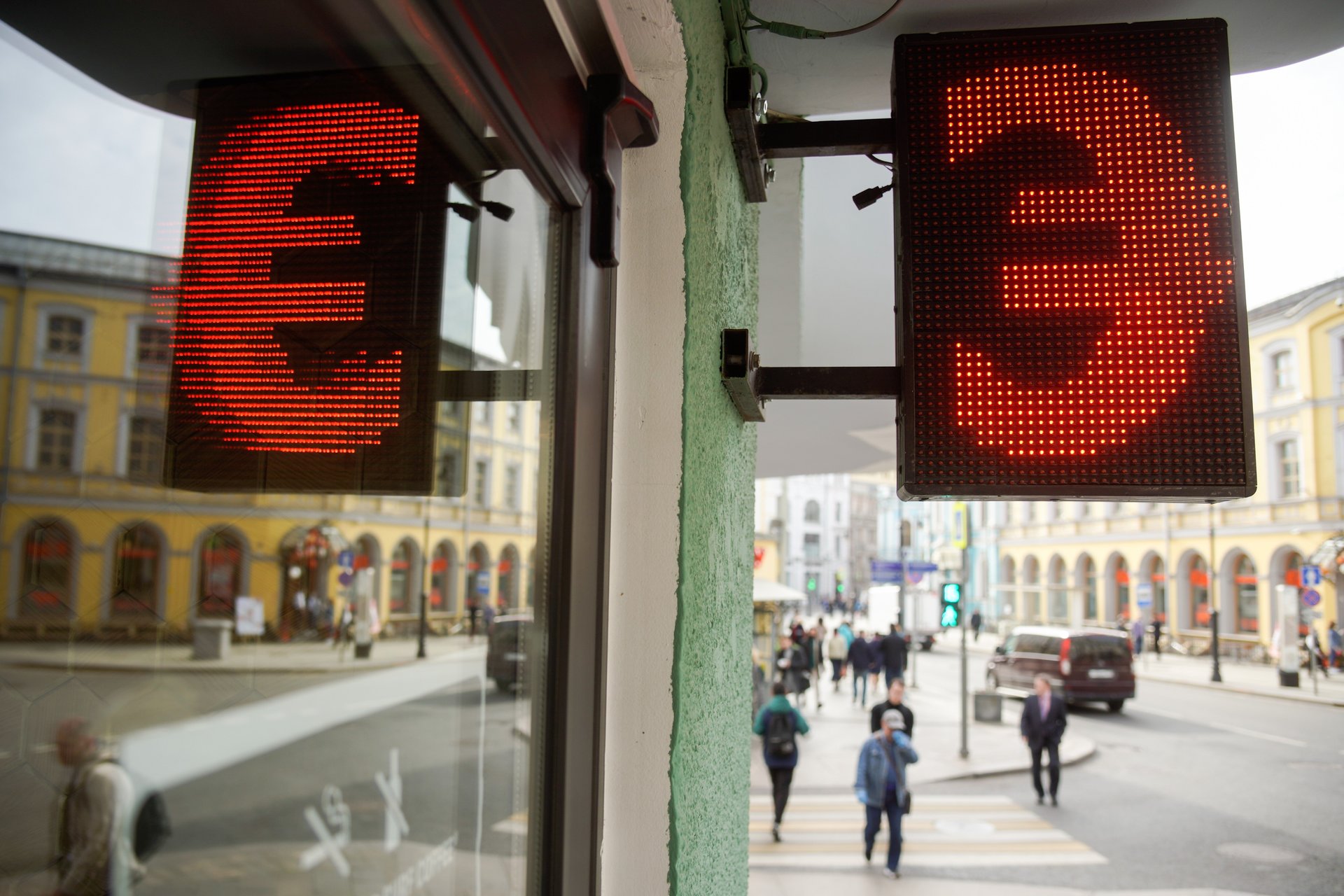 On Wednesday, April 28, the Russian currency strengthens on the Moscow Exchange.

The last time such an indicator was observed on April 6.

The value became the lowest since March 22.

The official exchange rate of the Central Bank on April 29 was set at 74.94 rubles per dollar and 90.43 rubles per euro.

The observed strengthening of the ruble is largely due to the increased interest of global investors in risky assets.

This point of view in a conversation with RT was expressed by the investment strategist "BCS World of Investments" Alexander Bakhtin.

In addition, in his opinion, some weakening of geopolitical risks also plays in favor of the ruble.

“Taking into account the expectations of a summit of the leaders of Russia and the United States, as well as a decrease in the level of tension in the east of Ukraine, we can assume a further improvement in geopolitical conditions.

All this, accordingly, strengthens the position of ruble assets, ”Bakhtin explained.

In addition, as Alexey Korenev, an analyst at the Finam Group of Companies, told RT, the anti-Russian sanctions imposed by Washington in mid-April turned out to be less harsh than expected.

This state of affairs was positively received by market participants, the expert said.

“The threat of sanctions did not result in something heavy.

Yes, the United States imposed restrictions on our government debt and prohibited its companies from buying Russian government bonds.

Nevertheless, the share of foreign investors in Russian debt is already below 20%.

In addition, the new measures concern only primary placements of bonds, and these new issues of securities are easily covered by Russian banks, ”said Korenev.

Analysts believe that one of the main reasons for the rise in the price of the ruble is the rise in oil prices.

So, at the auction on Wednesday, the cost of raw materials of the Brent reference grade on the ICE exchange in London grew by almost 2% and exceeded $ 67 per barrel.

According to Alexander Bakhtin, in the near future the quotes will continue to remain within the comfortable range of $ 60-70 per barrel for the national currency.

At the same time, as the specialist believes, the dynamics of oil prices will largely depend on the rate of recovery of global demand for energy resources.

“Signals from the world's leading oil exporters and the dynamics of hydrocarbon production in the United States will also influence the cost of raw materials.

Nevertheless, the participants in the OPEC + deal believe that the demand for oil in 2021 will remain strong, and the surge in the number of COVID-19 infections in India will not have long-term consequences for the market, ”Bakhtin added.

According to the analyst, at the moment additional support for the national currency is provided by the tax period.

The monetary policy currently being pursued by the Central Bank should become a long-term factor in strengthening the ruble.

On April 23, as part of the fight against inflation, the Central Bank raised its key rate for the second time in a row and raised it to 5% per annum.

Moreover, the regulator intends to continue to gradually increase the borrowing rate to a neutral level of 5-6% per annum.

According to experts, an increase in the key rate in the future should lead to an inflow of investments into the federal loan bonds (OFZ) market.

In turn, the active purchase of government securities by investors contributes to the rise in price of the ruble.

The yield on debt securities directly depends on the regulator's rate set in the country.

Thus, as a result of the increase in the borrowing rate of the Central Bank, investments in OFZ become more profitable for investors.

“The situation on the Russian debt market has long demanded a higher rate from the Central Bank.

The decision of the Central Bank increased the stability of the financial system of Russia, to which the ruble reacted, "explained Rozman.

According to Alexander Bakhtin, in May a certain pressure on the ruble may have a high demand from Russians for foreign currency.

First of all, the expert explains this by the discovery of a number of popular foreign destinations for tourists.

At the same time, analysts do not expect sharp fluctuations in the foreign exchange market.

According to Bakhtin's forecast, in late spring and summer the dollar exchange rate will remain in the range of 72.5-76.5 rubles, and the euro exchange rate - at 88-92 rubles.

Roseman has a similar assessment.

“If the current conditions are preserved and without new sanctions risks, the ruble will remain close to the current levels - quite comfortable for both Russian exporters and the country's budget.