His Highness Sheikh Ahmed bin Saeed Al Maktoum, Chairman of the Dubai Silicon Oasis Authority, affirmed that the choice of the integrated technology free city as a center for knowledge and innovation, within the Dubai Urban Plan 2040, will establish its role as a global laboratory for smart future societies, indicating that the oasis was able during the year 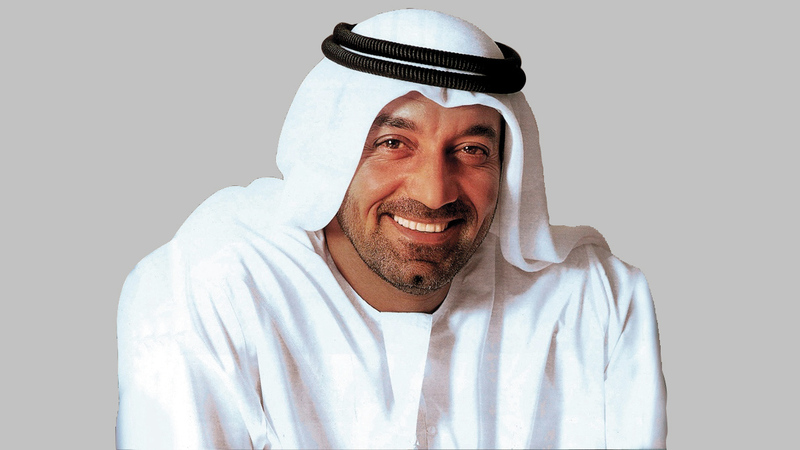 Ahmed bin Saeed: The declaration of “Oasis” as a center for knowledge and innovation establishes its role as a global laboratory for smart societies

His Highness Sheikh Ahmed bin Saeed Al Maktoum, Chairman of the Dubai Silicon Oasis Authority, affirmed that the choice of the integrated technology free city as a center for knowledge and innovation, within the Dubai Urban Plan 2040, will establish its role as a global laboratory for smart future societies, indicating that the oasis was able during the past year to achieve revenues of AED 544.7 million, an increase of 2.7%, compared to 2019.

His Highness said: “During the year 2020, the Oasis was able to attract 1731 new companies, which brought the total number of companies registered until the end of December 2020 to 4,936 companies, an increase of 54% over the year 2019.”

His Highness indicated that these results reflect the efficiency of the business continuity achieved by the Dubai Silicon Oasis Authority in various sectors, especially on the technological level.

His Highness considered that the initiatives and policies pursued by the state, under the directives of His Highness Sheikh Mohammed bin Rashid Al Maktoum, Vice President and Prime Minister of the State and Ruler of Dubai, contribute to supporting the world's fastest recovery from the "Covid-19" pandemic, and achieving future and sustainable development. For the city of Dubai.

His Highness Sheikh Ahmed bin Saeed said, “The Dubai Silicon Oasis Authority’s continuous work in accordance with the government's directives in supporting the knowledge-based economy, benefiting from the applications of the Fourth Industrial Revolution, and adopting digital technologies in new sectors has resulted in declaring the oasis a knowledge and innovation center, within the Dubai Urban Plan 2040. », Adopted by His Highness Sheikh Mohammed bin Rashid Al Maktoum».

His Highness affirmed that Dubai Silicon Oasis keeps pace with innovation and contributes to the development of the knowledge economy, to attract more global investments in this field, and to ensure a better future for future generations, through advanced expertise and skills. It also strengthens Dubai's position as a global preferred destination for investment in technology, research and development and applications. The Fourth Industrial Revolution.

For his part, the Vice President and CEO of the Dubai Silicon Oasis Authority, Dr. Muhammad Al Zarouni, stressed the pivotal role played by the Dubai Silicon Oasis Authority as an incubator for innovation and knowledge in the plan of the smartest and best city for living in the world, as well as a major attraction for foreign investments, as the value of The most prominent projects completed last year, more than four billion dirhams.

He said, "The Oasis contributes to the economic development of the Emirate of Dubai, through the distinctive services and investment environment that it provides for new companies and those that want to expand their business from Dubai."

Al Zarouni considered that the Oasis attaches great importance to attracting international companies and pioneers of innovation and knowledge, and providing them with all facilities to launch their new headquarters and projects.

He pointed out that the new features in the oasis, whether at the level of advanced technological university education, or the medical services in the most modern smart hospitals based in Dubai Silicon, contribute to enhancing the production and transfer of knowledge and promoting innovation, by stimulating research and development to set milestones. The resilient, diversified and sustainable economy of the future.

It is noteworthy that the number of startups that Dubai Silicon Oasis is incubating has reached over the past year more than 900 companies from 72 countries, an increase of 7% over the year 2019, a large number of them specializing in working on the latest technology, such as blockchain technology. And applications of artificial intelligence.

The Dubai Silicon Oasis Authority recently launched the Dubai Digital Park, with investments amounting to 1.5 billion dirhams, and an area of ​​150,000 square meters, as the complex has succeeded in attracting many international companies to open their regional headquarters from the oasis, where the lease rate has reached 80% so far. Office and boutique buildings in a record period since the complex was inaugurated.

For 500 people, as well as a shopping center and modern life facilities.

• 900 startups operating in the Oasis, most of them specialized in the latest technology.