It's nailed down! International crude oil fluctuates at a high level, and the sixth increase in oil prices this year is about to come

Sino-Singapore Jingwei Client, April 28 (Dong Wenbo) A new round of price adjustment window for domestic refined oil products will open at 24:00 today (28th). According to agency forecasts, this round of domestic oil prices is likely to rise, and this will be the sixth rise this year.   New latitude and longitude in the data map   During the current pricing cycle, the Organization of the Petro 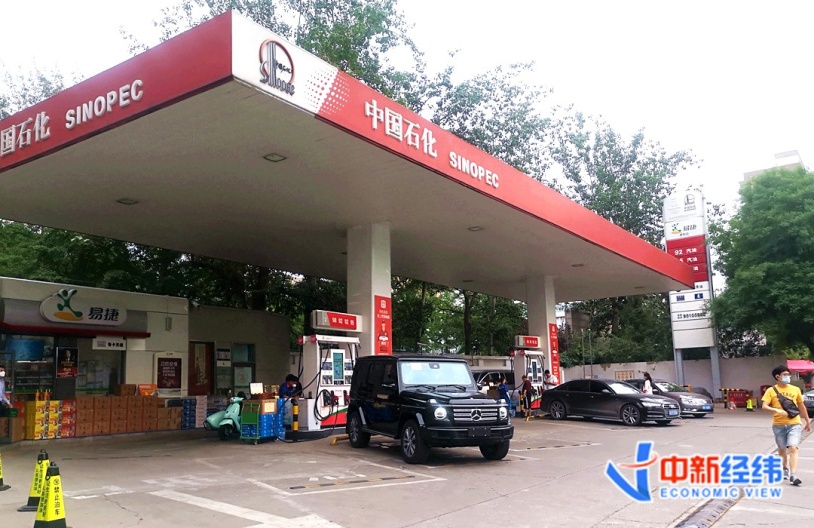 According to agency forecasts, this round of domestic oil prices is likely to rise, and this will be the sixth rise this year.

Zhuo Chuang Information analysis pointed out that the recent epidemics in India and Japan have severely strengthened the blockade, and market participants are worried about the impact of crude oil demand. Crude oil prices have experienced a short-term decline; however, there is great uncertainty in the US-Iran negotiations, and future demand in the US and Europe is expected to increase There is a certain bottom support for crude oil prices.

Under the interweaving of long and short, there is no unilateral market in international crude oil prices.

At present, the corresponding increase in the rate of change of crude oil is still above US$50/ton, so the opening of this round of upward adjustment window has become a certainty.

Zhongyu Information said that during this cycle, the world's third-largest oil consumer India got out of control, and the US Biden administration plans to consider relaxing restrictions on Iran's oil and financial industries. Crude oil futures prices have fallen again from a one-month high.

However, supported by the prospect of demand recovery in Europe and the United States, US crude oil is still trading steadily above US$60/barrel.

Affected by this, the domestic refined oil price adjustment is expected to continue to rise.

Regarding the adjustment range, according to Jinlianchuang’s calculations, as of the ninth working day on April 27, the average price of the reference crude oil product was US$65.60 per barrel, with a rate of change of 3.86%. The corresponding retail price of domestic gasoline and diesel should be increased by RMB 100 per barrel. Ton.

Longzhong Information estimates that gasoline and diesel are expected to increase by about 105 yuan/ton, equivalent to 0.08-0.09 yuan/liter.

In terms of retail, Longzhong Information stated that the gasoline prices of 92# and 95# at Sinopec gas stations in Shandong are currently 6.58 and 7.06 yuan/liter respectively, and the current round of retail price increases may be around 0.11 yuan/liter.

According to the client of Sino-Singapore Jingwei, as of now, refined oil price adjustments have gone through seven rounds during the year, showing a pattern of "five ups, one down and one stranded". Gasoline was raised by 805 yuan/ton, and diesel was raised by 775 yuan/ton.

This round of increase is a high probability event. After the price adjustment, the domestic oil product price adjustment bureau will show "six ups, one down and one stranded" in 2021.

According to the principle of "ten working days", the next round of price adjustment window will be opened at 24:00 on May 14, 2021.

Zhongyu Information said that according to the current oil price forecast, it is expected to be lowered.

Jinlianchuang refined oil analyst Ma Jiancai pointed out that in the future, the news of the international market will still face some risks. Although the epidemic in Europe and the United States has been controlled, economic growth and blockades have been eased, it is expected to stimulate the recovery of oil demand, but India The epidemic in Japan and Japan is not optimistic. With the strengthening of the blockade, the demand for crude oil in Asia will be affected. Therefore, the trend of crude oil lacks obvious rebound momentum in the short term.

Li Yan, an oil product analyst at Longzhong Information, also believes that the epidemic in India and other overseas countries is still severe, and negotiations on the US-Iranian nuclear issue are still progressing.