CCS and blue hydrogen: Now the climate lobby is breaking the technology taboo

For years, CO2 storage and blue hydrogen were among the frowned upon climate protection strategies in Germany. Now, surprisingly, some of the eco-pioneering thinkers admit: It won't work without it. The split climate protectors only agree on heating. 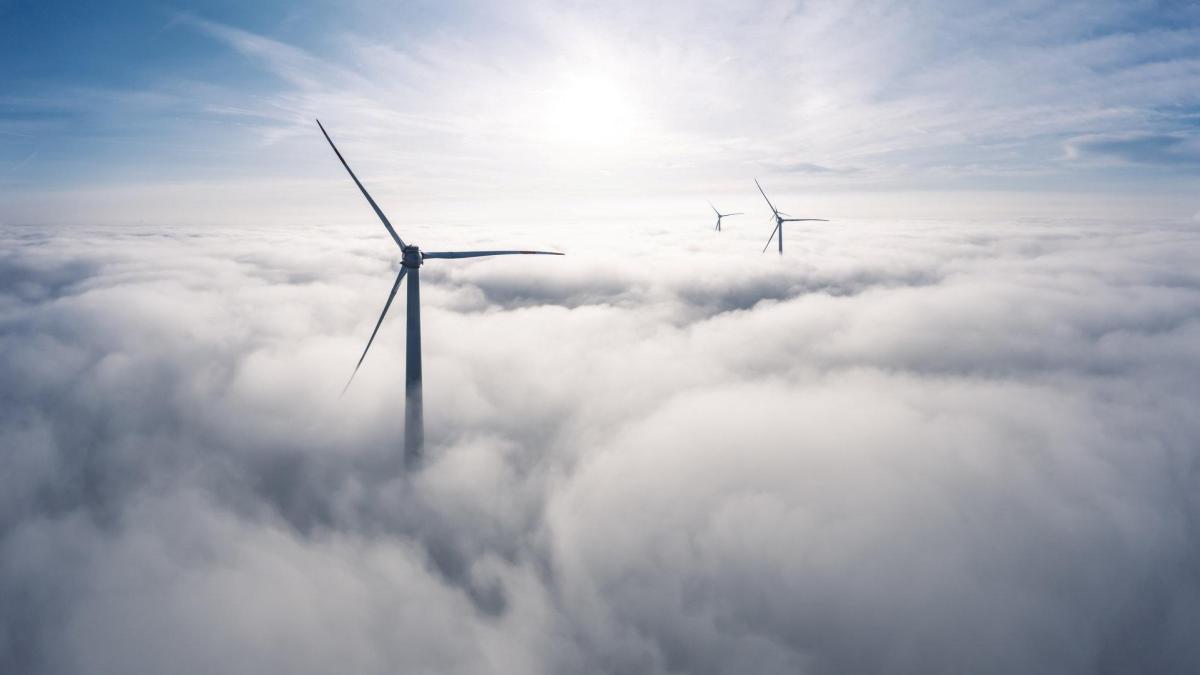 The German climate protection lobby is facing a dispute over common positions.

Technology options that have so far been almost unanimously rejected are now suddenly declared permissible by influential protagonists in the energy transition.

Among other things, it is about the storage of the greenhouse gas CO2 in the soil.

The corresponding technology, carbon capture and storage (CCS), was previously considered taboo in the environmental scene.

CCS was "a sham," said Greenpeace.

CCS is “not a solution”, seconded the Munich Environmental Institute.

The technology is risky.

No one can guarantee that the CO2 pumped deep into the old oil or gas fields will stay there, argued the opponents.

The federal government then largely restricted the use of CCS by means of a law.

Now, however, important protagonists of the energy transition, such as the Agora Energiewende think tank and the Climate Neutrality Foundation, consider technology to be indispensable: In a new study entitled “Climate-neutral Germany 2045”, CCS plays a not insignificant role in being able to completely decarbonise certain industrial sectors or agriculture.

"Climate neutrality cannot be achieved without CCS", stated the head of the Climate Neutrality Foundation, Rainer Baake, when presenting the study.

Baake, once the state secretary responsible for energy in the Federal Ministry of Economics and practically the architect of the German energy transition, suspected that he was going on a confrontational course.

"Then I'll burn my fingers," he said.

There is also less fear of contact with another technology that has hitherto been frowned upon: the use of blue hydrogen cannot be ruled out, said Baake.

Blue hydrogen is obtained from natural gas, whereby the resulting CO2 is stored underground - also a no-go for large parts of the environmental and climate protection movement.

The technology is "a deception of the climate-damaging natural gas industry," said Hans-Josef Fell, one of the inventors of the Renewable Energy Sources Act.

Now, however, Ökovordenker Baake does not want to rule out that the comparatively cheap blue hydrogen will have to be used if there is not enough green electricity to produce green hydrogen in electrolysis systems in the coming years.

However, Agora boss Patrick Graichen expressed the hope that the preferred green hydrogen could be produced more cheaply than blue in 2030.

As a component of climate-neutral fuels, hydrogen is considered to be indispensable, for example for air, ship and heavy goods traffic.

In their study, the institutes, some of which are funded by the federal government and some by philanthropic foundations from abroad, argue that Germany could become climate neutral as early as 2045, five years before the target date set out in the Paris Climate Agreement.

The prerequisite for this, however, is to halve Germany's primary energy consumption by around 2035 and to multiply the rate of expansion of renewable energies.

According to the authors of the study, owners and tenants would have to make a huge contribution to accelerating the process.

You would have to renovate energy-efficient faster and increase the renovation rate from 1.6 to 1.75 percent of the building stock per year.

It is currently around 0.9 percent.

So it would be necessary to double the renovation of the existing building.

“The heat pump in particular will play a central role,” said Baake.

"Today you can install a heat pump in every single or two-family house without it having to be costly and energetically renovated beforehand."

By 2030, the stock is expected to grow from two to six million heat pumps, and later to 14 million units.

The electricity for this should come from wind and solar power plants at all times.

"Only in a few exceptional cases" should heating systems based on heating oil or natural gas be put into operation from 2025, is the demand.

In addition, one wants to limit the service life of all remaining devices to 20 years through regulatory law.

If the authors of the study had their way, homeowners should be encouraged to replace gas heaters more quickly by means of an incentive mechanism that is very reminiscent of the principle “the dogs bite the last one”: “The major dismantling of the gas heaters in the building will spread the costs Operation and maintenance of the gas network for fewer and fewer end customers, ”says the report.

"This makes the use of gas increasingly uneconomical for the remaining customers." Sooner or later, it is to be expected that "the operation of the distribution networks for natural gas will not be maintained if only a few customers are served, but that network parts will not be able to operate if only a few customers are served The utilization threshold will be gradually shut down. "

While Great Britain, for example, wants to convert the existing gas networks for hydrogen transport and thus also enable hydrogen heating at home, the Climate Neutrality Foundation and Agora in this country are relying on a complete shutdown of the supply of green hydrogen for households.

The report explicitly demands: “No hydrogen in the decentralized heat supply.” Hundreds of thousands of existing gas pipes would rot.

The only energy source for heating would then be electricity in the future.