Deadly hospital fire in Iraq: a wind of anger blows over Baghdad

In Baghdad, at least 82 people died in a fire at Ibn al-Khatib hospital on the night of Saturday to Sunday, April 25. Oxygen cylinders, stored without respecting safety measures… 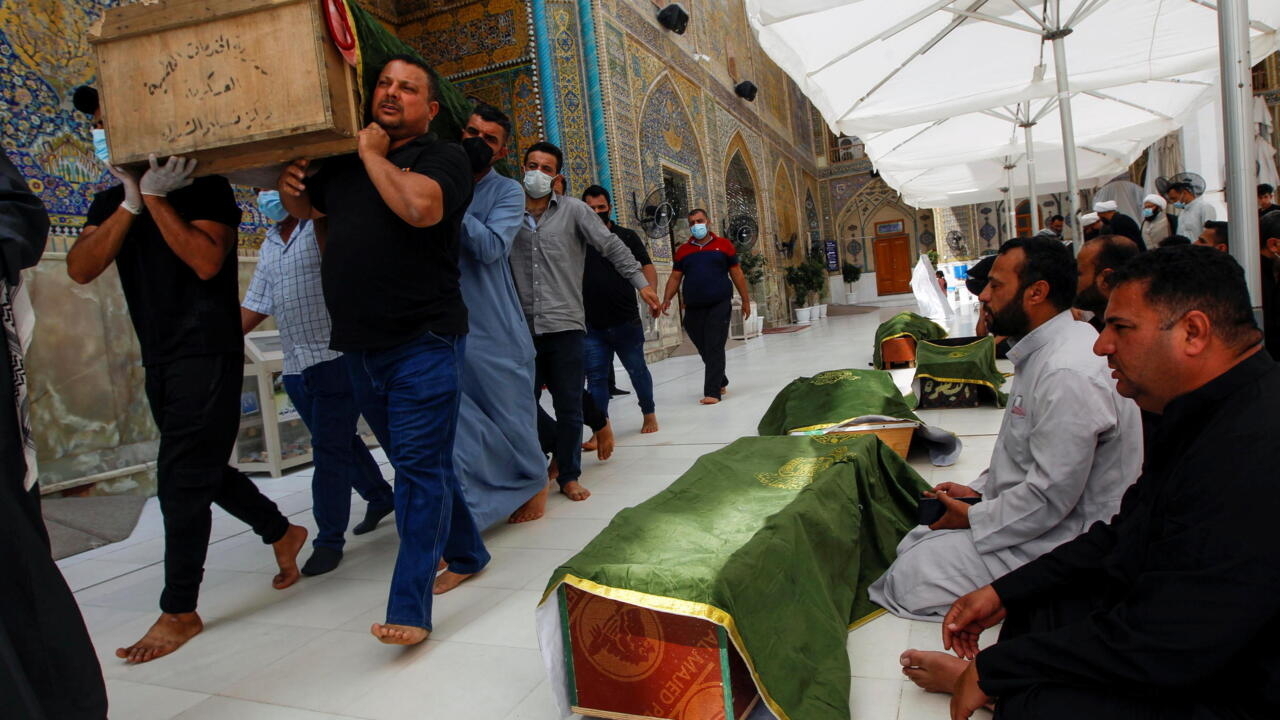 Deadly hospital fire in Iraq: a wind of anger blows over Baghdad

The funeral of those killed in the fire at a hospital in southeast Baghdad that had been equipped to house Covid-19 patients, in Najaf, Iraq, on April 25, 2021. REUTERS - ALAA AL-MARJANI

In Baghdad, at least 82 people died in a fire at Ibn al-Khatib hospital on the night of Saturday to Sunday, April 25.

Oxygen cylinders, stored without respecting security measures, would have caused the start of the fire.

Since then, a wind of anger has blown over Baghdad.

The inhabitants denounce the negligence of the authorities.

How could such a tragedy take place?

The Iraqis today want to know, and they are angry.

For them, it is mismanagement and corruption that caused this terrible accident.

The health care system has been dilapidated for decades, they say, and authorities are doing nothing to put it back on its feet.

The first elements of explanation, provided by the civil defense, only reinforced their discontent.

The hospital did not have a fire protection system

Read also: Covid-19: getting sick, a punishment in Iraq

On Twitter, the hashtag "Resignation of the Minister of Health" was the top keyword in Iraq.

A few hours after the accident, demonstrations broke out in the capital to demand his departure.

In response, the head of the Iraqi government, Moustafa al Kazimi, announced

the suspension of the minister

and the opening of an investigation in which he will be heard, as well as, among others, the head of the district health department and the director of the hospital.