Repsol comes out in defense of its president, Antonio Brufau, and his secretary counselor, Luis de Suárez de Lezo, after their indictment in the Cenyt case for their alleged links with the ... 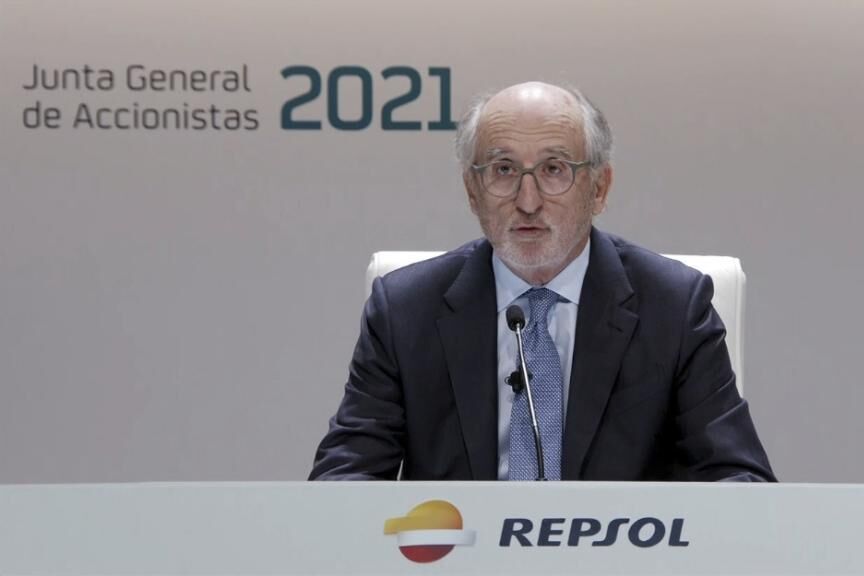 Repsol comes out in defense of its president,

, and his secretary counselor,

In a relevant fact communicated to the

the oil company argues that it has carried out "exhaustive internal investigation work" on the hiring of the police while it was active and its conclusion is that "there is no illegal conduct whatsoever or contrary to the Code of Ethics and Conduct by any director, manager or employee of the company, current or past ".

In this sense, the oil company confirms that the hiring was carried out by the "expert and competent area" and complying with the law and its internal regulations. For this reason, the statement culminates by publicly highlighting "their firm support, as members of this body, to the president and the secretary for their impeccable professional performance and their total confidence in their full personal honor, and the company's commitment to fully collaborate with Justice for the clarification of the facts ".

Last Friday, the head of the Central Court of Instruction Number 6 of the National Court,

, agreed to the accusation of Brufau and the president of La Caixa

in the piece that investigates the espionage of the former president of Sacyr,

during the latter's assault on the capital of the Spanish oil company together with the Mexican Pemex.

Both directors of the Ibex 35 must declare on April 29 at the Hearing.

BancaBanco de Valencia, a hot potato that CaixaBank inherits after its merger with Bankia