When "unpopular" meets "hot": Why is "plastic waste pollution" not "cold" in the epidemic?

(Focus on Boao) When "unpopular" meets "hot": Why is "plastic waste pollution" not "cold" in the epidemic?   China News Service, Boao, April 21 (Liu Liang) The Boao Forum for Asia Annual Conference 2021 is drawing to a close. In the popular sub-forums every day, the discussion on the issue of plastic waste pollution seems to be a little unpopular.   Previously, popular economic topics such as di 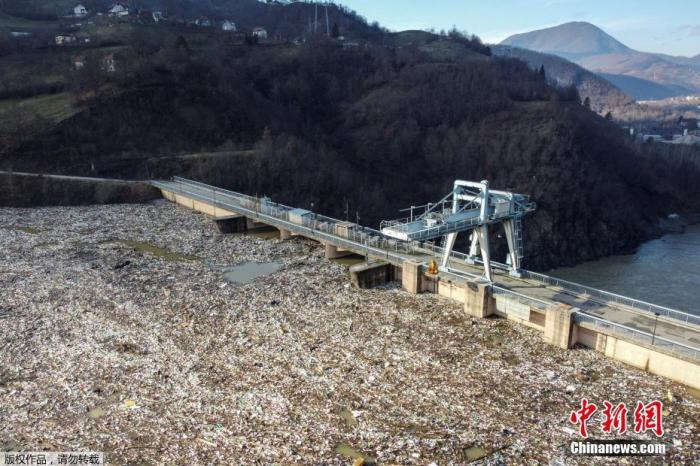 (Focus on Boao) When "unpopular" meets "hot": Why is "plastic waste pollution" not "cold" in the epidemic?

In the popular sub-forums every day, the discussion on the issue of plastic waste pollution seems to be a little unpopular.

Previously, popular economic topics such as digital currency, aging society, financial cooperation and openness, and Internet celebrity economy have received eager attention from reporters. In some venues, even an hour before the start, reporters had brought cameras and video cameras. A long line of small interview equipment lined up in front of the meeting room.

Data map: There are plastic garbage floating near the dam, and the scene is shocking.

In contrast, the topic sub-forum on plastic waste pollution seems a bit "unpopular."

In the "Building a Sustainable Plastic Recycling Market" sub-forum held a few days ago, there were only sporadic audiences. Occasionally someone came in and listened for a while. After looking around, they shook their heads and walked out again.

Until today, there are few media reports on the Internet.

Although the topic of plastic pollution is somewhat "unpopular" at the meeting, it does not mean that the topic is unimportant or "unpopular".

In fact, under the new crown pneumonia epidemic, a new "crisis" about global plastic waste pollution is quietly brewing.

According to reports, at present, streets, beaches and oceans all over the world are affected by the pollution of epidemic waste, including plastic masks, gloves, and hand sanitizer bottles.

According to data from the United Nations Conference on Trade and Development, global sales of disposable masks alone have soared from US$800 million in 2019 to US$166 billion in 2020.

It is also estimated that more than 70% of plastic products in the epidemic will turn into rubbish, putting tremendous pressure on the marine and terrestrial ecological environment.

"Human plastic consumption is increasing, and it will enter our water circulation system. Some plastics will even be absorbed by human skin, leading to diseases such as brain, cancer and tumors." Boao Forum for Asia Advisory Committee, Fortescue Metals, Australia Andrew Forest, founder and chairman of the group, reminded everyone that global plastic waste pollution has become a "must answer" in front of the international community.

In recent years, many countries are also actively responding to the continuous increase of global plastic waste.

Some coastal developed countries such as Norway have also taken action.

According to reports, from July 3, 2021, Norway will ban the use of disposable plastic products such as plastic straws and tableware.

"Developed countries and developing countries have slightly different views on plastic issues." said Wang Yi, vice president of the Institute of Strategic Consulting of the Chinese Academy of Sciences. "As a developing economy, when we look at plastic issues, apart from plastic issues, There are also health, food, and climate change issues."

A report from the United Nations Conference on Trade and Development pointed out that developing countries account for a large proportion of the global plastics economy, accounting for nearly 60%. Two-thirds of the global plastic manufacturing industry is in the southern hemisphere.

This also means that developing countries will be a key entry point to solve the global plastic pollution problem.

Using China’s experience as an example, Wang Yi said that in recent years, China has taken frequent actions in dealing with plastic waste. For example, it has begun to implement "waste sorting" in many cities.

For another example, China’s Hainan Island may be expected to achieve a “ban on plastics” throughout the island, providing a model for China and even the international community in dealing with plastic pollution.

Andrew Forest also said that China has also accumulated some practical experience on the issue of plastic waste recycling, which can provide lessons for other developing countries in plastic recycling in the future.

"China is capable of leading the global recycling of plastic waste and is expected to become a destination for global circular economy investment."

John Duncan, head of the WWF "Plastic-Free Nature Initiative", said that the disposal of plastic waste is an urgent matter and must be acted upon.

"Plastics can be recycled to a large extent. We can start with upstream and downstream production in the industrial chain, such as focusing on downstream food packaging, and linking upstream energy consumption with plastic production. These perspectives make it easier to convince stakeholders."

"This may be a long process." Wang Yi said frankly that this involves the problem of how to gradually reduce and improve the efficiency of plastic products related to the production of fossil raw materials during the conversion process. It is urgent for countries to adopt more effective policies to improve plastics Recycling, replacement and recycling of products.