The May Day "explosive" outing is here! Airline spring is here?

The May Day "explosive" outing is here! The number of single-day ticket bookings on a platform hit a record high in nearly 16 years   China-Singapore Jingwei Client, April 21 (Zhang Yanzheng) "I am used to the cabbage ticket price during the epidemic period. Recently I searched for the air ticket during the May 1st holiday, and I decided to stay flat." Many netizens posted on social media. It r 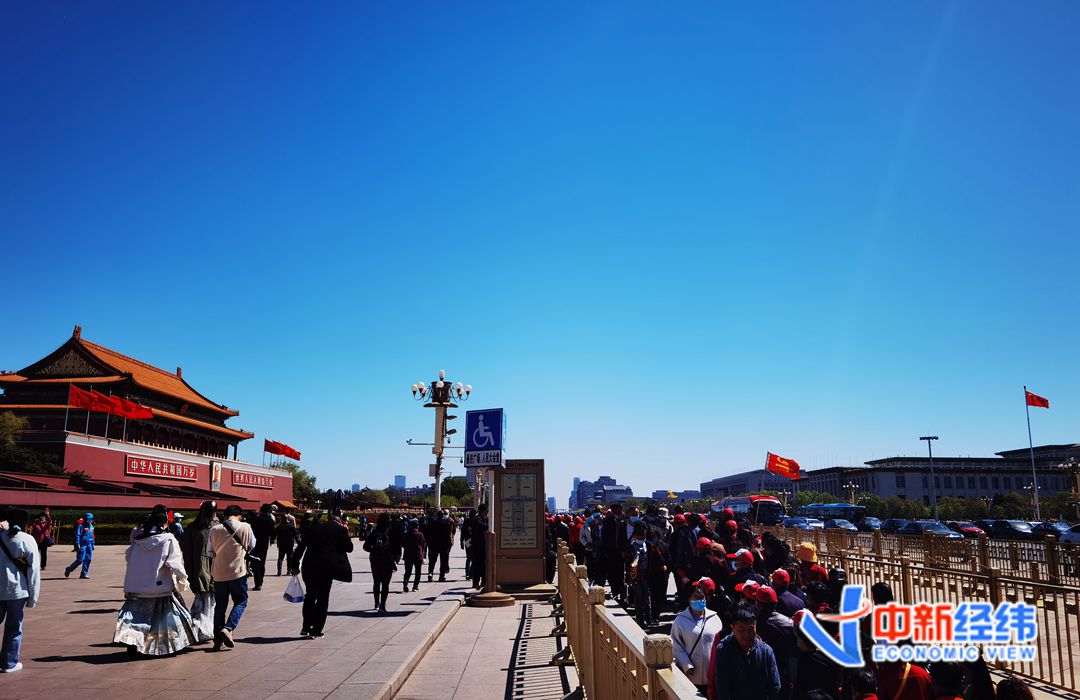 The May Day "explosive" outing is here!

China-Singapore Jingwei Client, April 21 (Zhang Yanzheng) "I am used to the cabbage ticket price during the epidemic period. Recently I searched for the air ticket during the May 1st holiday, and I decided to stay flat." Many netizens posted on social media. It reflects that the price of air tickets during the May Day holiday this year has increased significantly, and some flights are still difficult to grab.

How hot is the May Day Golden Week tour?

Judging from the ticket booking status of platforms such as Ctrip, Qunar, Tongcheng, etc., at present, some of the economy classes of flights in more than 51 cities have been sold out.

The Ctrip platform predicts that the number of travellers on May 1st this year is expected to exceed the level of May 1st in 2019 and reach a new high of 200 million.

Photographed by Zhang Yanzheng, new latitude and longitude in the travel information map

“My friends and I plan to go to Chengdu to check in Kuanzhai Alleys during the May 1st holiday. Looking at the ticket prices, it seems to be back before the epidemic.” Ms. Wang from Beijing told the Sino-Singapore Jingwei client that she had booked a round trip from Beijing to Chengdu. The ticket price is 3200 yuan, and another friend booked the ticket one month in advance, and the same round-trip ticket only cost 1500 yuan.

"I really regret that I didn't book the air ticket early, otherwise I would save a night of hotel money."

"In order to save some money for air tickets, I plan to take a vacation a few days in advance and come back on May 7. With this calculation, I can save more than 1,400 yuan."

On social platforms, many netizens also said that air tickets during the May Day holiday this year increased significantly, and some netizens even bought tickets for National Day in advance.

@小灰珍珠桃: The air ticket between Chengdu and Sanya during the May 1st holiday rose to more than 4,000 yuan, which is too exaggerated. Fortunately, I bought it early.

@难游旅行家: Airlines: How much you lost before, now you have to earn as much.

@英子Rene: After a long vacation during the Ching Ming Festival, the crowd was crowded and I was scared!

@ainizyy: I bought all the tickets for China's festival, just because I was afraid of price increases.

According to data from the Ctrip report,

during the May Day this year, the number of air ticket orders has surpassed the level of the same period in 2019, an increase of 23%.

On April 30 and May 1, some economy class flights between Beijing and Sanya were sold out. Currently, only business class worth tens of thousands of yuan is on sale.

On April 20, Lan Xiang, president of Qunar Big Data Research Institute, said that since April, the number of bookings for domestic airlines has risen sharply.

Last week, the number of single-day ticket bookings on the platform hit a record high since the company was founded 16 years ago.

The popularity of the May 1st train ticket sales has further promoted the growth of ticket sales. The number of sunrise tickets increased by more than 30% year-on-year.

Lan Xiang said that although many tourists visited relatives and traveled during the Qingming holiday that just ended, due to the length of the holiday, most of them would still choose to travel during the May 1st holiday.

However, many travelers choose to travel on a staggered peak, which has also led to the emergence of new travel peaks.

The big data of air tickets for the same journey shows that the May Day air ticket bookings as of mid-April show that the demand for domestic civil aviation travel is strong from April 30 to May 5, and the average air ticket price is about 800 yuan (excluding airport construction fees and Fuel costs), among which, the average fare for the last two days of the holiday will exceed 1,000 yuan, exceeding the level of the same period in 2019 and 2020.

Fang Zeqian, an industry analyst at Ctrip Research Institute, said that with the effective control of the domestic epidemic and the continuous release of travel restrictions by government departments, the attitude of encouraging and promoting the development of the tourism industry, the upcoming May Day holiday is expected to usher in an "explosive travel". The long-lost "people follow the crowd" grand occasion will return again!

Ctrip's current May Day air tickets, hotels, tickets, and car rental orders have significantly increased by 23%, 43%, 114%, and 126% respectively compared to the same period in 2019. This year, the number of travellers on May 1st is expected to exceed the level of May 1st in 2019 and reach a new high of 200 million.

Shang Kejia, Deputy Director of the Transportation Department of the Civil Aviation Administration mentioned on April 16 that from the perspective of air ticket bookings, it can be described as "both volume and price rise", which is significantly higher than the Qingming holiday that has just passed, and is expected to be higher than the May 1 holiday in 2019. At the same level, the increase in mid-to-long-distance travel passengers is relatively large.

In terms of peak travel time, except for the first and last holidays, that is, April 30, May 1, and May 5, there will also be a relatively concentrated return passenger flow on May 9.

Photographed by Zhang Yanzheng, new latitude and longitude in the travel information map

It is worth mentioning that since the outbreak of the new crown pneumonia in early 2020, airlines’ domestic air tickets have repeatedly shown "cabbage prices", with discounts once reaching 0.2%, and some domestic routes have fares less than 100 yuan.

According to statistics from the Sino-Singapore Jingwei Client, in 2020, the three state-owned airlines Air China, China Southern Airlines, and Eastern Airlines will have a combined loss of 37.082 billion yuan and a daily loss of about 101 million yuan.

In terms of stock prices, the three major state-owned airlines all hit their lowest share prices in the past five years last year.

As the epidemic is gradually brought under control, the airline's performance has begun to improve.

Recently, Bao Yi, deputy director of the Development and Planning Department of the Civil Aviation Administration, said at a press conference that from the perspective of airline operating efficiency indicators, airlines still incurred losses in the first quarter of this year, but the extent of losses has narrowed compared with the same period last year.

New longitude and latitude in the aviation data map, photo by Zhang Yanzheng

It should be pointed out that the

Everbright Securities pointed out in the analysis of research reports that

domestic aviation demand recovered rapidly in March, and the passenger traffic of some airlines and airports has exceeded the level of the same period in 19 years. The booking volume and price of May 1st air tickets have risen, which is significantly higher than the Qingming holiday and is expected to exceed 2019. At the level of the May Day holiday, the trend of concentrated release of domestic aviation demand is clear

; overseas travel restrictions are expected to be gradually released, and overseas aviation demand will enter the recovery channel.