Symbol of decline: Donald Trump leaves his Boeing 757 to rot

Donald Trump once jetted around the world in a private Boeing 757. The machine was the ultimate symbol of his wealth. Now the luxury jet is rotting away on a provincial airport. Apparently also because an hour's flight costs $ 18,000. 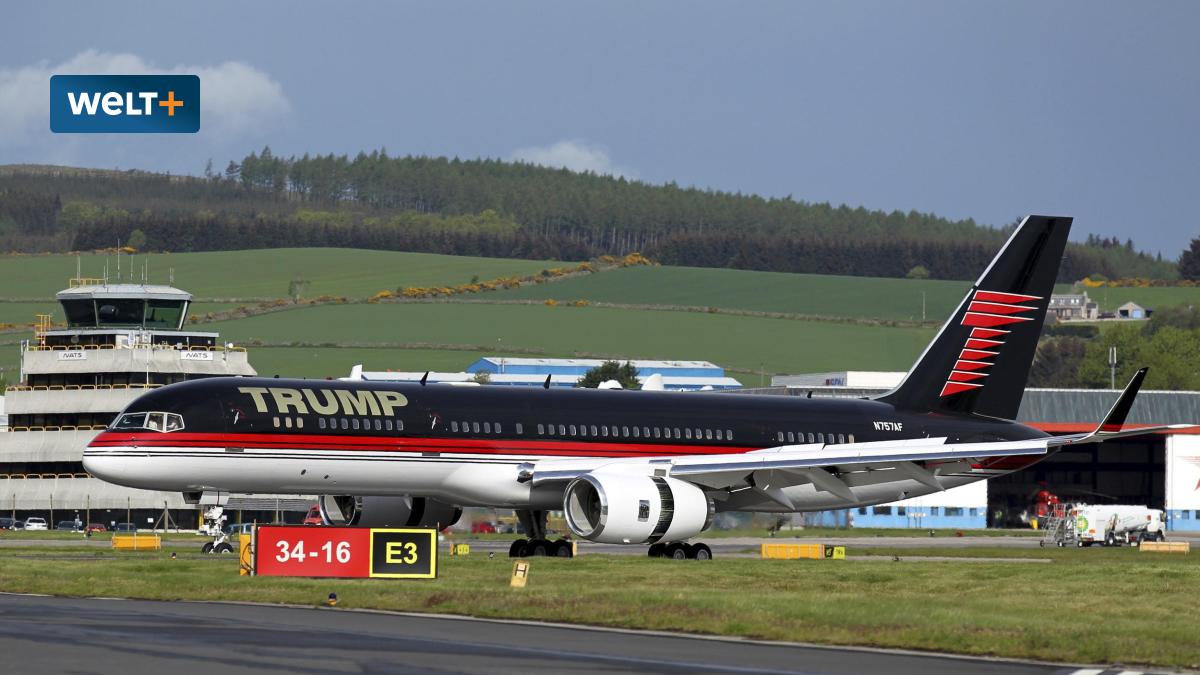 The Trump family's former pride stands at the end of a bumpy road outside of the small town of Newburgh.

It's a spooky place.

The journey leads past a cement works that has been shut down for years, its chimneys are sooty, its windows are broken.

You can see a warehouse of the parcel service UPS and a car dealer who sells old pick-ups.

And then, behind a barbed wire fence, an aircraft appears, navy blue, with a red "T" on the tail unit: the Trump Force One.