In the new working world after Corona, digital progress in Germany is only making slow progress, while international competition is increasing the pace. If you really want a breakthrough, you have to give up the outdated low-wage strategy. 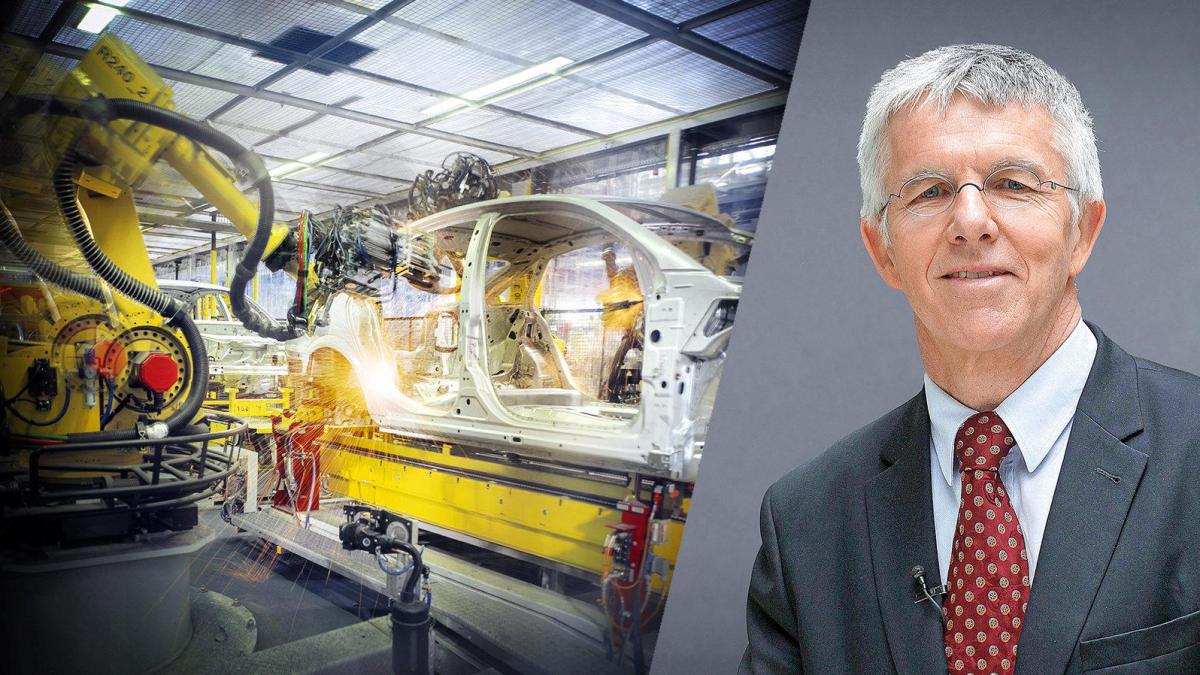 Corona is changing the world of work.

Video meetings eliminate the need for long trips to workshops, seminars and congresses.

Digitization is advancing across the board.

Even cash is on the decline and is being replaced by credit cards and electronic payment methods.

Some things should be corrected after the pandemic.

Much, however, will remain.

Some in hybrid form.

Part of the work will be done in person, the other from home.

Certainly there are employees who urge a quick return to the offices, the field service, to production facilities and assembly halls.

But not everyone wants it, and others don't want it as exclusively as in the old days.

Rather on-site on a daily basis, the rest of the time at home - that should become the desired new employment norm.

In many places, people on site are no longer necessary

Annoying commuting only as much as necessary, but as little as possible.

Instead, whenever possible, flexible work from rural suburban regions, where more housing is cheaper than in the big cities with density stress and high rental costs.

Working from home and exchanging information at a distance often not only make you more productive, but usually also happier.

They allow (especially parents) to reconcile professional and private life, work and family better than ever.

Anyone who looks around with open eyes during Corona to see where digitization is leading can actually only come to one conclusion: The people on site will be superfluous in many places - in industrial production anyway, now also in services.

This process of repression should not be reversed postcorona, but accelerated.

The majority of economic activities will neither have much to do with continuing as before, nor will new jobs be created in the manufacturing industry on a massive scale.

When it comes to services, big data and artificial intelligence complement and replace people, cleaning robots and digital advisory services as well as assistance systems such as Alexa or Siri do the work for them - around the clock, 24/7.

The need for personal services will be immense, especially in nursing and healthcare, education and consulting, or in the hospitality industry and private households.

There is a lot that is not so easy to digitize and rationalize away.

But precisely because of this, productivity will increase comparatively weakly in these person-intensive activities.

As a result, wages in the service sector are unlikely to rise as much in some places as elsewhere in the manufacturing sector.

A problem that one should be aware of sooner rather than later in view of the recognizable social polarization tendencies.

The paradox now is that in Germany two goals are being pursued at the same time, which are diametrically opposed to each other.

On the one hand, almost everyone has now understood that digitization can neither be stopped nor should it be stopped.

Anyone who builds vehicles or planes together with a robot as a buddy can do more than alone.

In this way, high wages can be earned for the employees.

On the other hand, however, in the Corona crisis, an automatism took effect reflexively.

With the short-time work regulation, which was highly praised by all sides, it was possible to keep existing jobs.

Before the pandemic broke out in February 2020, 134,000 people were receiving short-time work benefits.

Within a month the number soared to 2.6 million and after two months by the end of April 2020 to six million.

Short-time work then fell, but has remained at a high level a little below three million to this day.

The bad news is that you can't have both: grandfathering AND digitization.

It does not take place if, through the short-time working regulation and similar measures to protect existing employment relationships, a large number of work-intensive jobs are retained that could be automated.

Because of and during Corona, many jobs were artificially kept alive that for completely different reasons - namely structural and technological - have no long-term chance of survival.

Before the outbreak of Covid-19 in March 2020, the US unemployment rate was 4.4 percent.

A month later it was more than three times higher - namely 14.8 percent.

As early as the summer of 2020, unemployment began to fall continuously - first to seven percent in autumn 2020 and now to six percent in March 2021.

Never before in the post-war period - not during the oil shocks in the 1970s or 1980s and not even during the financial market crisis at the end of the noughties - has the rise and fall of employment in the USA been so extreme and rapid as it was during Corona.

Even notorious pessimists expect a positive effect for the USA that the enormous labor mobility in connection with the corona-induced digitization push will lead to faster productivity growth and thus to higher wages and, in total, to the “rushing” 2020s.

Just as the economy will not lose its job completely, all new jobs in the USA will not have anything to do with digitization.

But that's not the point either.

Rather, it is crucial that in the new working world after Corona, digital progress in Germany is creeping forward, while elsewhere it is shifting to the fast lane.

That shouldn't and doesn't have to be.

The federal government, which will be in charge from autumn, should focus on productivity advances and not grandfathering.

The key to implementing this intention lies on the one hand in the education system and on the other hand in a digitization offensive.

At best, both can be combined to create the best education thanks to greater digitization.

Rising wages beckon as a reward.

This makes further automation of labor-intensive activities even more attractive.

As a result, fewer but better paid people will generate a higher national product together with more digital support.

Whether it will actually be so wonderful depends on whether a new federal government actually wants a fresh start.

The digital ministry, brought up again by Federal Minister of Economics Peter Altmaier at the end of his term of office, is at most sufficient as a fig leaf - nothing more.

If you are really serious about a breakthrough, you have to give up an outdated low-wage strategy in which as many people as possible should work to let people produce things even when machines could do it better and cheaper.

It takes the determination to overcome the break of old traditions caused by Corona by embarking on a new labor market policy.

It is important, wherever possible, to let machines work instead of people.

The goal must be more digitization, better education, higher productivity and higher wages - not more work.

Thomas Straubhaar is professor of economics, especially international economic relations, at the University of Hamburg.