Boao New Vision: Economic development and environmental protection must "choose one"? Carbon neutrality should be a "must"

(Focus on Boao) Boao New Vision: Economic development and environmental protection must "choose one"? Carbon neutrality should be a "must"   China News Service, Boao, April 21 (Wu Kan, Jin Yizi) What are the challenges on the road to carbon neutrality? How to achieve the goal of carbon neutrality through international cooperation?   Ban Ki-moon, chairman of the Boao Forum for Asia, pointed out t 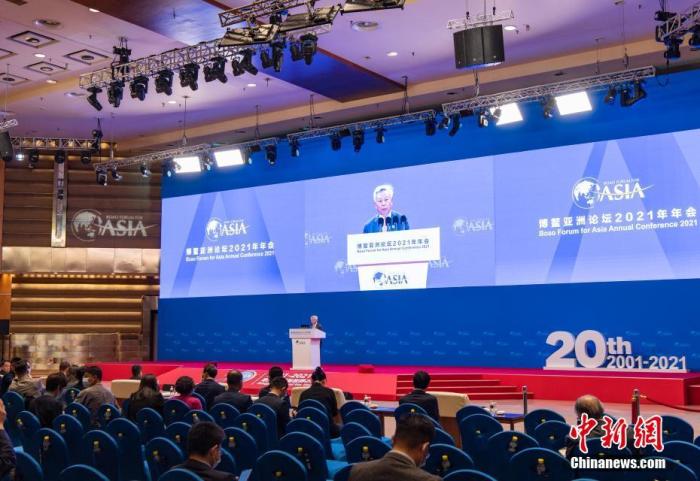 Carbon neutrality should be a "must"

China News Service, Boao, April 21 (Wu Kan, Jin Yizi) What are the challenges on the road to carbon neutrality?

How to achieve the goal of carbon neutrality through international cooperation?

Ban Ki-moon, chairman of the Boao Forum for Asia, pointed out that people once believed that there was a trade-off between economic development and environmental protection. Now climate action and carbon neutrality initiatives are no longer an option, but a must. 2020 is a starting year, and all countries are beginning to move towards carbon neutrality.

Ban Ki-moon said that on the issue of carbon neutrality, it is necessary to establish a global partnership, work together, strengthen cooperation, rebuild strong multilateralism, deal with the climate crisis, and ensure that all mankind can work together towards this goal and achieve sustainable development.

Jin Liqun, president of the Asian Infrastructure Investment Bank, said that in the past, many people had a deep-rooted trade-off thinking on climate issues, that is, carbon emissions and economic slowdown were one of two choices.

This negative way of thinking has affected the international investment transition from high-carbon to low-carbon.

Jin Liqun said that China is committed to the transition from high-carbon to low-carbon and even zero-carbon. In the past 30 to 40 years, China has developed rapidly in related areas and has actively cooperated with other countries in technology.

"I am full of confidence in China's carbon reduction goals."

On April 21, Zhang Yue, Chairman of Broad Group, attended and participated in the discussion.

According to Zhang Yue, chairman of the Broad Group, doing a good job in urban planning and reducing ineffective commuting are effective measures to achieve carbon peaks and carbon neutrality.

"For example, the distance between development zones, industrial zones, business districts, and residential areas in some cities is very long. People consume a lot of energy when commuting to and from get off work every day, so this issue should be considered when making urban planning."

Elizabeth Gaines, CEO of FMG Group, said that achieving carbon neutrality requires not only capital and technology, but also the actions of the entire industry and cross-border cooperation. We can share technology, promote technological progress, and truly treat carbon with an urgent attitude. Neutralization can ultimately achieve the goal.

"Climate change is a big global challenge. We have to make long-term decisions." Cindy Hooker, CEO of Deloitte Asia Pacific, pointed out that countries need to adjust their policies and invest funds for emission reduction and carbon reduction to ensure The economic recovery after the epidemic is resilient and resilient.

How to play the synergy of global cooperation in the process of promoting carbon neutrality?

Janos Padzto, executive director of the Carnegie Climate Governance Initiative and former United Nations Assistant Secretary-General for Climate Change, believes that the financial and technological capabilities of large countries to conduct research and development should play the leading role of major powers and promote the participation of other countries. Use a multilateral approach to deal with climate emergencies.