"Minimize the threat of poverty": Putin instructed the Cabinet of Ministers to prepare a program to support families with children

On Wednesday, April 21, in a message to the Federal Assembly, Vladimir Putin instructed the government to prepare a system of measures to support families with children by July 1. Moreover, the head of state announced the provision of benefits to single parents and pregnant women in difficult financial situations in the amount of 5650 and 6350 rubles per month, respectively. In turn, families with schoolchildren and future first graders will receive 10 thousand rubles per child at a time. In addition, the Russian leader announced the extension of the tourist cashback program until the end of 2021. The President also asked the Cabinet of Ministers to prepare new measures to help business and provide the regions with infrastructure loans at a rate of no more than 3% per annum. 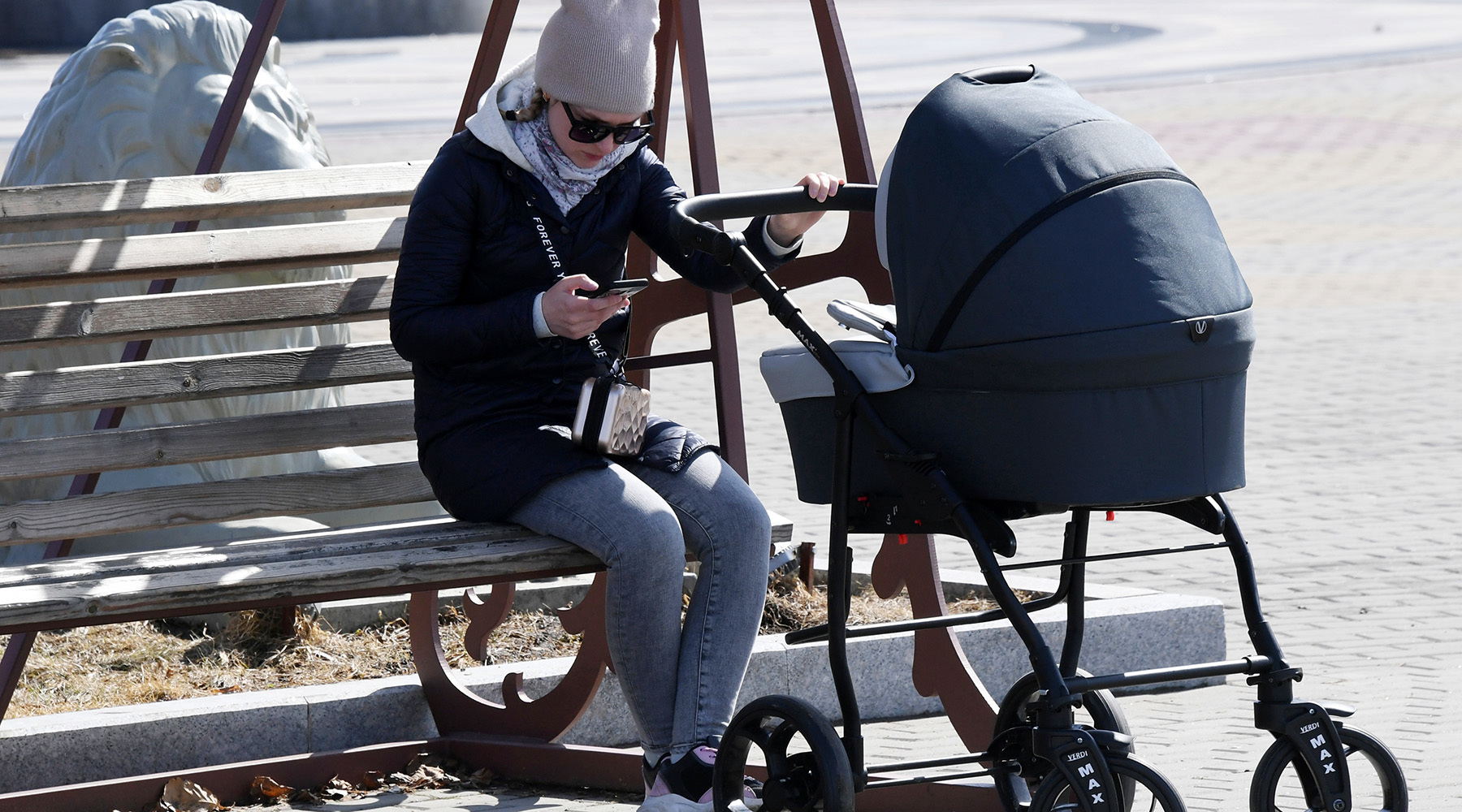 The Russian government needs to prepare an integrated system of measures to support families with children by July 1, 2021.

The corresponding instruction was given by the President of the country Vladimir Putin on Wednesday, April 21, in the annual message to the Federal Assembly.

As the head of state emphasized, "the task is to minimize the threat of poverty for such families."

According to Putin, Russia faced the coronavirus pandemic at a time when the demographic shock of the 1940s and 1990s coincided.

Against this backdrop, the Russian leader called the preservation of the people a top national priority.

“This priority determines all the provisions of the updated Constitution on the protection of the family, on the most important role of parents in the upbringing of children, on the strengthening of social guarantees, the development of the economy, education and culture.

Our strategy is to re-enter sustainable population growth, to achieve that in 2030 the average life expectancy in Russia is 78 years, ”Putin stressed.

According to him, first of all, the state should provide direct support to families with children who are in a difficult situation.

As the head of state recalled, at the moment the country already has a system of payments in the amount of 11.3 thousand rubles per child under three years old.

The money is received by families whose income does not exceed one living wage per person.

In addition, in 2020, the authorities introduced payments for children from three to seven years old inclusive.

The amount of the benefit is differentiated and on average across the country ranges from 5650 to 11.3 thousand rubles per month.

“From July 1 of this year, children aged 8 to 16, inclusive, growing in such families, will be assigned a payment.

Its size on average in the country will be 5650 rubles, ”the Russian leader noted.

At the same time, the president called on to help pregnant women in difficult financial conditions and to provide them with a monthly payment of 6,350 rubles.

As the Russian leader emphasized, "it is important that the expectant mother feels support from the state."

In addition, Vladimir Putin spoke about the need in the near future to legislate the payment of sick leave for caring for a child up to seven years in full, regardless of the length of service.

In addition, the president ordered additional financial assistance to families with schoolchildren.

“I propose to make one more lump sum payment to families where children of school age are raised, namely: 10 thousand rubles for all schoolchildren.

And moreover, to extend this measure to future first-graders, to children who will just go to school this year, ”Putin said.

According to him, the money will be transferred to families in mid-August.

So, parents will have time to get their child to school.

According to the Ministry of Finance, the authorities will allocate about 400 billion rubles for the implementation of the president's social initiatives in the next two years.

This was announced on the air of the Russia 24 TV channel by the head of the department, Anton Siluanov.

“This does not carry inflationary risks, all this will be done within the framework of the funds available in the budget, without any additional tools for raising funds in the market,” the minister emphasized.

The set of measures to support families with children announced by the President has become unprecedented.

Georgy Ostapkovich, director of the Center for Market Research at the Institute for Statistical Studies and Economics of Knowledge, NRU HSE, shared this opinion in a conversation with RT.

“The President considers the main task to be the development of children who will constitute our future, knowledge and competence.

These are labor resources, which in 15-20 years will enter the market and begin to create GDP at the expense of their knowledge.

The head of state understands this very well and therefore devoted a significant part of his speech to children, ”the expert noted.

As Ostapkovich emphasized, the payments will help restore the material balance in families.

As a result, parents will be able to calmly raise their children and continue their studies or work, the specialist believes.

Moreover, according to him, financial assistance to families should support consumer demand and thereby accelerate the economic recovery from the effects of the pandemic.

“People will receive money and carry it to the market for goods and services.

Even if they place funds on a bank deposit, the bank will provide a loan to someone for this amount.

That is, the money will work.

Naturally, these amounts will increase either consumer activity or investment.

Both are the main factors of economic growth, ”added Georgy Ostapkovich.

In favor of tourism

During his speech, Vladimir Putin also announced the extension of the tourist cashback program.

Recall that under the terms of the initiative, 20% of the cost of the tour is returned to Russians for traveling around the country, but not more than 20 thousand rubles.

The next stage of the program started in March 2021, and initially it was possible to buy a ticket at a discount until June 15, and go on a trip until June 30.

Meanwhile, the head of state called for an increase in the duration of the initiative.

“So that as many people as possible can improve their health in sanatoriums and resorts, I propose to extend the program at least until the end of the year, according to which a citizen gets 20% of his travel expenses in Russia back,” the president emphasized.

The proposal of the head of state can not only help the tourism sector in a pandemic, but also support a number of other sectors of the economy.

This point of view in a conversation with RT was expressed by Dmitry Gorin, vice president of the Association of Tour Operators of Russia (ATOR).

“The fact is that the cashback program allows you to expand the travel season and increase the availability of travel for Russians.

Moreover, the initiative helps to restore related sectors of the economy: one tourist often creates up to four new jobs in the region.

This enables the development of the restaurant business, transport and aviation industries, ”Gorin explained.

At the same time, Vladimir Putin urged to pay special attention to the health of children and make their rest as affordable as possible.

Against this background, the Russian leader proposed in 2021 to return half the cost of the voucher when children travel to a summer camp.

In addition, the head of state announced the need to create additional opportunities for student and youth tourism.

According to Dmitry Gorin, in this way the authorities are making a contribution to the development of the younger generation.

As the expert emphasized, the set of measures has a positive effect for the entire tourism industry, which employs at least 2.5 million people.

In his message to the Federal Assembly, the head of state also drew attention to measures to support business.

As the president recalled, in 2020, one of the most popular tools for helping entrepreneurs from the state were soft loans to pay salaries to employees.

The loan could be written off in whole or in part if the companies retain their staff.

In total, the initiative has supported more than 5 million jobs.

In addition, in 2020, insurance premiums for small and medium-sized businesses were reduced from 30 to 15%.

As Putin stressed, this decision will be applied on an ongoing basis and is not subject to revision.

At the same time, the President instructed the Cabinet of Ministers to develop new measures to help business in the near future.

“I instruct the government to submit additional proposals to support small and medium-sized businesses within a month, including tax incentives, affordable loans, expanding product sales, including through purchases from large state-owned companies,” the president said.

The Russian leader also called on to support non-resource exporters and to remove all restrictions in the field of currency control for them from July.

In addition, Vladimir Putin spoke about the possible adjustment of tax legislation to stimulate business investment.

“I am waiting here for specific proposals from the government.

I will say, as they say, without a protocol: dividends - someone withdraws dividends, and someone invests in the development of their enterprises and entire industries.

We will encourage, of course, those who invest, ”Putin stressed.

The president also instructed the government to submit proposals by June 1 to ensure the long-term sustainability of regional and municipal finances, and to increase the independence of the regions.

According to him, first of all, it is necessary to help subjects with a high level of commercial debt.

“I propose here the following: the entire volume of commercial debt of a constituent entity of the Federation, exceeding 25% of its own revenues, will be replaced by budget loans maturing until 2029,” the head of state emphasized.

At the same time, the President proposed to restructure the budget loans provided to the regions to fight the pandemic and extend their maturity also until 2029.

In addition, as noted by the Russian leader, the regions will receive "a fundamentally new development tool."

The so-called infrastructure budget loans at a rate of no more than 3% per annum and a maturity of 15 years.

Until the end of 2023, we plan to allocate such infrastructure loans for a total amount of at least 500 billion rubles, ”Putin said.

As the chairman of the Youth Parliament under the State Duma Maria Voropaeva noted in an interview with RT, the provision of infrastructure loans at a reduced rate will allow regions to build projects for a more comfortable and modern life of citizens.

In particular, the money can go to the construction and repair of roads, leisure centers, educational facilities, enterprises.

“Thus, the funds spent will create a foundation for the development of a particular region in the future.

Moreover, these funds will, to a certain extent, reduce the outflow of young people from their regions.