On their shores: how the cost of travel in Russia has changed for the May holidays

Over the past two years, the average check for air travel in Russia for the May holidays has decreased from 6.6 thousand to 6.4 thousand rubles. Such data were presented to RT by travel planning services specialists. According to experts, at this time, Russians inside the country most often prefer to fly to Sochi, Simferopol, Kaliningrad and St. Petersburg. At the same time, as experts emphasize, the suspension of flights with Turkey and Tanzania only increased the interest of citizens in Russian destinations, but at the same time did not lead to a noticeable rise in the price of air tickets. 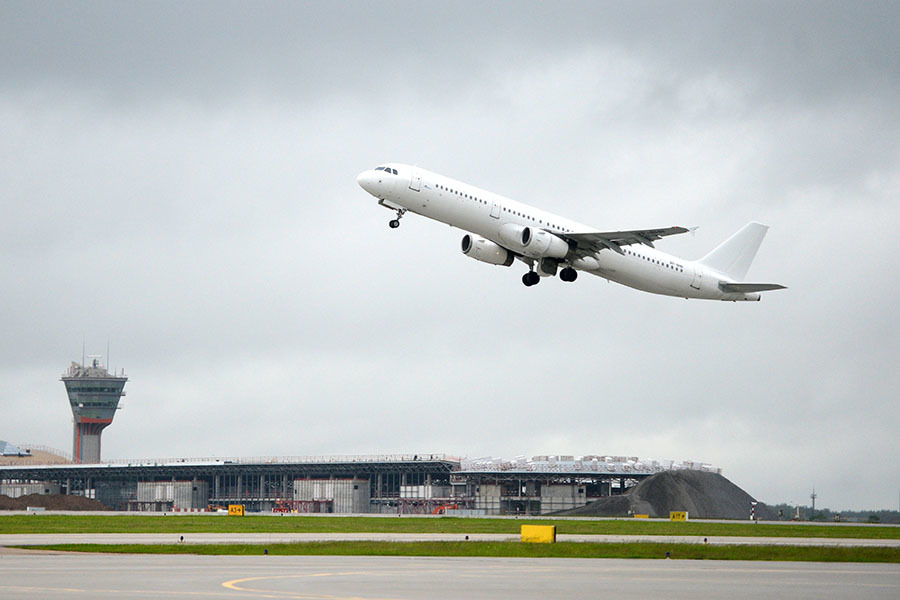 The average cost of one-way air travel to popular Russian destinations during the May holidays of 2021 is 6.4 thousand, representatives of the travel planning service OneTwoTrip told RT.

As the company emphasized, in 2019 the same indicator was at the level of 6.6 thousand rubles.

According to the organization, over the past two years, the most noticeable change in the price of flights to the south.

So, flying to Simferopol from different regions of Russia has become on average 10% cheaper: the cost of an air ticket per person in one direction for the May holidays has decreased to 7 thousand rubles.

In turn, the flight to Krasnodar fell in price by 5% - to 5.2 thousand rubles.

“At the same time, prices for flights to St. Petersburg and Sochi increased by almost 5% - up to 5.6 thousand and 6 thousand rubles, respectively.

At the same time, the average cost of air tickets to other popular destinations has not changed: a flight to Moscow costs 5.2 thousand rubles, to Kazan - 5 thousand, to Anapa - 8 thousand, to Kaliningrad - 6.4 thousand, and to Makhachkala - 5.4 thousand ", - said the head of the press service of OneTwoTrip Elena Shelekhova.

Note that the average bill on the most popular route among Russians for the May holidays Moscow - Simferopol has slightly increased over two years - by 4%, to 6.6 thousand rubles for a one-way flight.

Such data were provided to RT by experts from the travel and travel service analytical center Tutu.ru.

As noted in the company, the three most demanded Russian directions also included the routes Moscow - Sochi and Moscow - Krasnodar.

According to experts, a noticeable rise in the price of air tickets on key routes did not occur even after the suspension of air traffic between Russia and Turkey and Tanzania.

Recall that the corresponding restriction came into force on April 15 and will be valid until June 1, 2021.

According to Tutu.ru, in the week from April 12 to April 18, the average receipts for flights to Sochi, Kaliningrad and Moscow for the May holidays decreased by 4-6% compared to the previous week.

“A slight increase in prices is observed only on routes to Simferopol.

Meanwhile, this dynamics is explained not only by the closure of Turkey, but also by the fact that the date of the trip is approaching and there may be a natural increase in the average check in certain popular destinations.

At the same time, if you look at the average receipts for the summer, then there is no growth: for example, the average price for a flight to Simferopol both last week and the week before last when booking for the summer was at the level of 9.7-9.8 thousand rubles one way " , - emphasized in the press service of the company.

Seats by the sea

Meanwhile, as analysts note, the temporary suspension of flights to Turkey and Tanzania has significantly increased the interest of Russians in the resorts of the Russian Federation.

So, according to OneTwoTrip, they began to search for tickets in Sochi by 25.3% more actively.

A similar trend is observed by hotel aggregators.

In addition, tourist routes in Karelia, the Russian Baltic, as well as sightseeing tours to St. Petersburg are in high demand, Dmitry Gorin, vice president of the Association of Tour Operators of Russia (ATOR), told RT.

At the same time, as the expert emphasized, although the ban on flights to Turkey and Tanzania did not lead to a sharp increase in prices for air tickets in Russia, the cost of living in hotels of domestic resorts still increased.

“The sharp increase in bookings affects the cost of the tour.

This is especially true for hotels of the highest category.

For example, for some five-star hotels on the Black Sea coast, the cost of living has increased by 50-100%.

At the same time, prices in the segment of economy class hotels of two and three stars are also increasing, although not at such a high rate, ”Gorin added.

According to experts, the steady growth of Russians' interest in domestic destinations is largely due to the actions of the authorities to support the development of the tourism industry. In March 2021, the third stage of the tourist cashback program started in Russia. Under the terms of the initiative, 20% of the tour cost is returned to Russians for traveling around the country, but not more than 20 thousand rubles. You can buy a discount ticket until June 15, and go on a trip until June 30.

“If we take all the tours purchased by the Russians this year, then 55% of them were purchased as part of the cashback program. In general, compared to last year, citizens began to take vouchers in Russia by 22% more often. Not all travelers in 2020 were able to afford a vacation and will try to make up for lost time this year, "Pavel Sigal, first vice president of the all-Russian public organization of small and medium-sized businesses" Support of Russia ", told RT.

At the same time, citizens' interest in foreign destinations has grown.

According to the data of ticket services, flights to Egypt were searched for 70% more often after the news about the closure of Turkey.

Prices for flights to Cyprus began to be checked 63% more actively, and in Morocco - by 55%.

“After the closure of Turkey and Tanzania, the demand for overseas routes was evenly distributed in favor of the UAE and Cuba.

Egypt has a very big potential, although so far we can only deliver tourists to Cairo.

Seychelles and Maldives are also available in the premium segment.

Further development of foreign destinations will depend on the actions of the authorities to remove flight restrictions and on the epidemiological situation in the world, ”Gorin concluded.