91% of the national banks ’share of local market financing

Data issued yesterday by the Central Bank revealed that national banks are the biggest supporter of the local market, as they acquire the largest share of the financing of companies, individuals, government and private institutions and institutions. 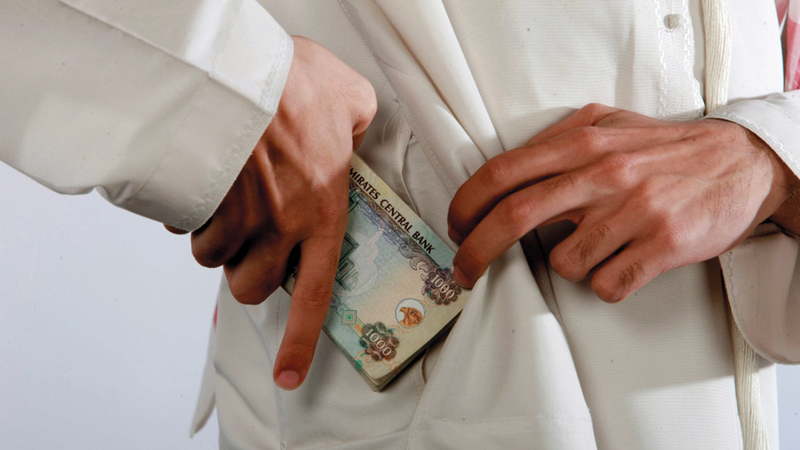 It amounted to 1.455 trillion dirhams as of the end of February

91% of the national banks ’share of local market financing

Yesterday, data issued by the Central Bank revealed that national banks are the biggest supporter of the local market, as they acquire the largest share of the financing of companies, individuals, government and private institutions and institutions.

The number of national banks in the UAE is 21, while the number of their foreign counterparts is 27, according to the latest statistics of the Central Bank.

According to the data, the assets of banks in the UAE rose to three trillion and 179.4 billion dirhams by the end of last February, an increase of 7.1 billion dirhams compared to the previous January.

In response, the banking expert, Ahmed Youssef, said that national banks were able to develop their products and provide global services, as they gained the confidence of customers, so the majority of customers, whether individuals or companies, prefer to deal with them, whether by opening bank accounts in them or taking funds from them.

Youssef added to "Emirates Today": "Therefore, we find national banks acquire the largest share in all banking indicators in general, such as deposits, loans, the number of clients, etc."

He pointed out that national banks play a major role in the growth of the UAE's gross domestic product and are one of the major pillars in building its financial and economic structure, a major factor in the development and development of various sectors and a major partner in development.

And Youssef indicated that the achievements of national banks were not limited to locally, but rather have succeeded in the past years in expanding and spreading widely outside the country, to transform from being regional banks to global ones.

He pointed out that during the year of the pandemic, national banks were the biggest supporter of the economy, as they submitted, under the direction of the Central Bank and the government of the UAE, many initiatives that greatly alleviated the impact of the spread of the Coronavirus and its impact on the economy.

Over the past 10 years, national banks have been able to unify their efforts and establish huge and giant entities capable of competing internally and externally, through a number of mergers such as Abu Dhabi Commercial, National Union and Al Hilal Bank under one umbrella, following the successful merger of Abu Dhabi National Bank. »And« First Gulf »under one entity in the name of First Abu Dhabi Bank, in addition to the acquisition by Dubai Islamic of« Noor Bank », which established the bank’s position as one of the largest Islamic banks in the world with combined assets of 276.5 billion dirhams.

National banks play a major role in the growth of the UAE's GDP.