The UAE is among the top 10 in 18 energy indicators

The UAE has won international leadership positions in the competitiveness indicators of the energy sector in general, and clean energy in particular, after seven international references agreed to classify it among the list of the top 10 countries in the world in 18 sector-specific indicators during the year 2020. 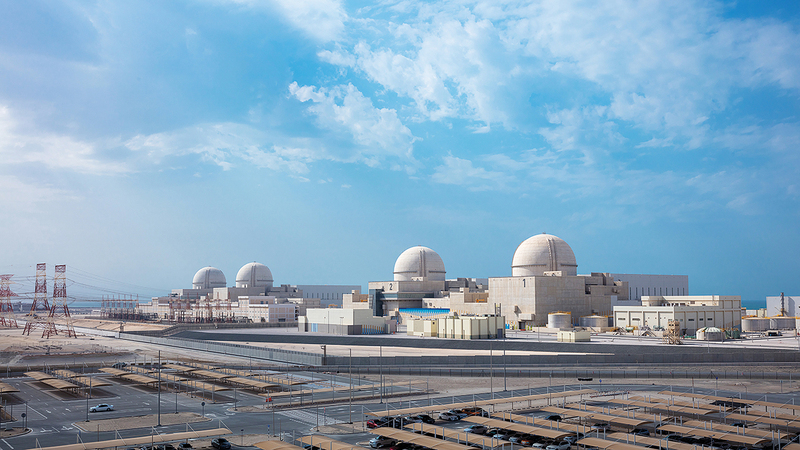 7 international references agreed to classify it in 2020

The UAE is among the top 10 in 18 energy indicators

Emirates Nuclear Energy announced the start of the commercial operation of Barakah.

The UAE has won international leadership positions in the competitiveness indicators of the energy sector in general, and clean energy in particular, after seven international references agreed to classify it among the list of the top 10 countries in the world in 18 sector-specific indicators during the year 2020.

The data documented by the Federal Competitiveness and Statistics Center shows that the World Bank has listed the UAE in the first place on the list of global competition in the topic of "getting electricity", in its last periodic report on the ease of doing business for 2020.

In turn, the Legatum Institute awarded the UAE first place in the world as well in terms of the percentage of residents' access to electricity and its procedural ease, as well as the “reliability of the supply system”, while the country ranked sixth in water production and 10 in the design capacity for electricity production.

For its part, INSEAD College of Competitiveness Report 2020 awarded the UAE the eighth place in electricity production, and the 10th in the sanitation sector. In its last periodic report, the Inevitability of Social Progress, the UAE was ranked first in the world in the Population Access Index. Electricity, and the same in the issue of using clean fuels in cooking, which is the same leadership position that the country occupied for several years in the reports of the "Bertelman Staving" Foundation and the "Sustainable Development Solutions Network" of the United Nations.

The statistical data monitored by the Federal Center for Competitiveness and Statistics document the indicators of competitiveness in the energy sector, as issued by the World Economic Forum for the year 2020, as the UAE ranked second in the world in population access to electricity.

As for the "Global Competitiveness Yearbook" issued by the International Institute for Administrative Development, it gave the UAE the first international rank in the rate of water consumption intensity, the seventh in gasoline prices, and the fourth in the total domestic energy production relative to the population.

This convergence between international institutions specialized in competitiveness, to include the UAE in the list of the top 10 in energy efficiency, represents an international recognition of the efficiency of the comprehensive development strategy that the UAE adopted early, and strengthened it by diversifying resources and strengthening the infrastructure, with a leadership in the production of clean energy. To a green economy.

These international certificates culminated in the Emirati competitiveness list in the field of clean energy, which has been repeated over the past years with the country's success in producing electricity from nuclear energy through the UAE Peaceful Program.

On April 6, the Emirates Nuclear Energy Corporation announced the start of commercial operation of Barakah, the first peaceful nuclear power plant in the Arab world, according to a program that includes four stations in a system, the first of its kind in the Middle East.

The commercial launch of Barakah 1 is the culmination of a program whose first construction work was established in 2012 and continues with institutional stability, and is now among the largest peaceful nuclear energy projects in the world.

The historic project of the UAE Peaceful Nuclear Program adopted a catalytic approach to training, honoring initiatives that help in rationalizing energy, improving its efficiency and developing alternative sources to reduce the effects of climate change.

The agreement of the indicators of international competitiveness in the field of energy on the Emirates’s membership in the Big 10 Club, and the recent inauguration of electricity production from nuclear energy, constitute a documentation of the success of the “UAE Vision 2021” and a close foundation for the “Vision 2071” at the beginning of the second half of the country's centenary. .