Combined ticket for train and plane: Now domestic planes are to take the rails

Domestic flights have long been a political issue. Now the Deutsche Bahn and the aviation industry seem to be serious: in the medium term, every fifth passenger should switch to rail. But the railway in particular still has a lot of work to do. 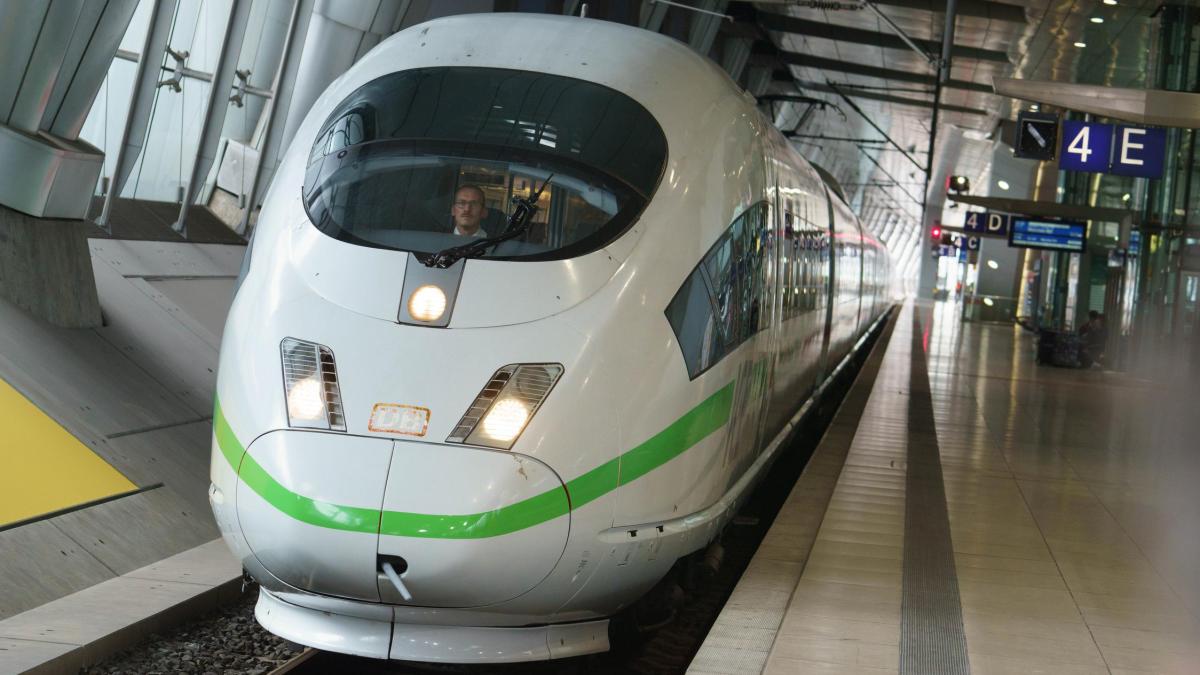 They were once considered competitors - in the future they will work closely together against the backdrop of the climate debate.

Deutsche Bahn and the Federal Association of the German Aviation Industry (BDL) with airlines and airports want to put almost every fifth domestic passenger on the train in the medium term.

Before the Corona crisis, there were around 23 million travelers annually in Germany, eight million of them on feeder flights for international trips and 15 million purely domestic trips.

Of these, 4.3 million could switch to rail in the future, it is now said when presenting an action plan for the two modes of transport.

Above all, passengers who use airport hubs such as Frankfurt should travel by train more often.

Through its Rail & Fly program, Deutsche Bahn has already cooperated with numerous tour operators and airlines, such as Emirates.

With Lufthansa there is even the special Express-Rail offer.

The change from plane to rail is to be made possible by expanding rail connections with faster trains, new routes and easier transfers between train and flight and vice versa.

The more passengers then travel on the train, the fewer flight offers there should be.

BDL President Peter Gerber left it open whether if every fifth passenger switched to rail, every fifth domestic flight would also be canceled.

In any case, the airlines could use fewer and possibly larger models.

Afraid of no flights

"Economically and for the climate, it is beneficial to swap for slightly larger tubes overall," said Gerber.

However, for travel times of more than three hours, passengers would prefer the plane.

Domestic air traffic in Germany is a relatively small segment with a mere ten percent share of all flight movements, but pollutant emissions are to be reduced here too, according to the industry association BDL.

The plan now announced amounts to a kind of voluntary exchange from plane to train.

On the other hand, there is the recently issued flight ban in neighboring France for routes of less than 2.5 hours travel time.

BDL President Gerber points out that the regulation in France only eliminates three routes between local locations.

Conducting interventions are not useful.

Rail Infrastructure Board Member Ronald Pofalla has a similar view.

“I always consider prohibitions to be the worst way to go.” It is more important to create attractive offers so that customers can choose the train of their own accord.

In March, Deutsche Bahn announced an expansion of its cooperation with Lufthansa, including the components that have now been announced again, such as the expansion of the infrastructure, shorter flight times and better interfaces at the airports.

Now it is about an even broader approach, says Bahn CEO Berthold Huber.

"Now it affects not only Lufthansa, but also other airlines." It is an action plan for the entire German industry.

The infrastructure would also be available to other airlines.

In fact, practically all airlines flying to Germany would benefit if the railways expanded their network and improved airport connections.

However, the railway itself does not want to start selling flight tickets through its sales channels.

However, many airlines and tour operators are already offering rail-flight combined products (Rail & Fly), such as TUI, Condor, Lufthansa, Eurowings, but also, for example, Emirates and Singapore Airlines.