Chinanews client, Beijing, April 16 (Reporter Li Jinlei) According to the schedule, the National Bureau of Statistics will announce the first quarter GDP and other heavy economic data on April 16. At present, the market generally predicts that due to the low base figure last year, the GDP growth rate in the first quarter rebounded sharply, and there may be a double-digit growth rate. Data map. 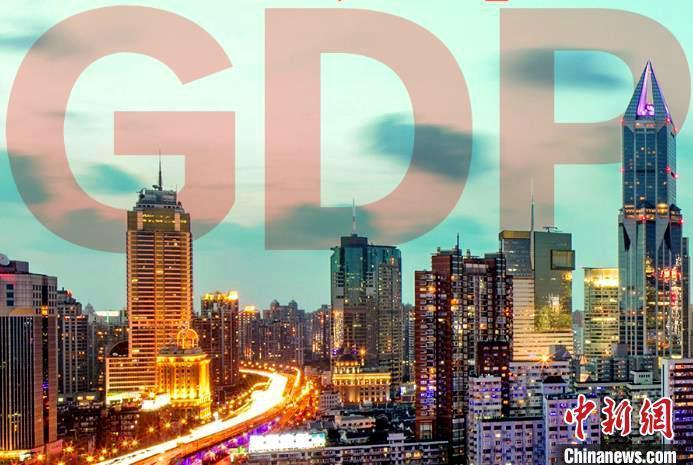 Chinanews client, Beijing, April 16 (Reporter Li Jinlei) According to the schedule, the National Bureau of Statistics will announce the first quarter GDP and other heavy economic data on April 16.

At present, the market generally predicts that due to the low base figure last year, the GDP growth rate in the first quarter rebounded sharply, and there may be a double-digit growth rate.

Affected by the epidemic, GDP has experienced negative growth in the first quarter of 2020, a year-on-year decrease of 6.8%.

Since then, China's economy has taken the lead in returning to positive growth among the world's major economies, with an annual growth rate of 2.3% in 2020.

What the outside world is concerned about is that 2021 is the beginning of the "14th Five-Year Plan" period. How about China's economic growth in the first quarter?

Can you get a good start?

Liu Aihua, a spokesperson for the National Bureau of Statistics, said on March 15 that from the specific indicators, last year was a low base of 6.8%, which was reflected in the year-on-year growth rate. In the first quarter, year-on-year growth is likely to occur, or even a sharp rebound.

The reporter noticed that the main indicators of China's economy in the first two months were quite dazzling, with the year-on-year growth rates of consumption, investment, and imports and exports exceeding 30%.

A report issued by the Bank of China Research Institute in April pointed out that the Chinese government effectively coordinated epidemic prevention and control and economic and social development in the first quarter. The economy as a whole continued the steady recovery since the second quarter of 2020. It is expected that GDP growth in the first quarter will be about 16.7%. .

Some economic indicators released earlier have confirmed the momentum of sustained and stable recovery of the Chinese economy.

From the perspective of import and export, foreign trade achieved a good start in the first quarter.

According to customs statistics, the total value of imports and exports of goods trade in the first quarter was 8.47 trillion yuan, an increase of 29.2% over the same period last year.

According to data from the National Bureau of Statistics, China’s manufacturing purchasing managers’ index, non-manufacturing business activity index, and comprehensive PMI output index were 51.9%, 56.3%, and 55.3% in March, up 1.3, 4.9, and 3.7 percentage points from the previous month. , my country’s economy as a whole continues to expand.

According to data from the National Energy Administration, from January to March, the total electricity consumption of the whole society was 1921.9 billion kWh, a year-on-year increase of 21.2%.

Due to the sharply weakened negative impact of the tail-raising, the CPI in March turned from a 0.2% drop in the previous month to a 0.4% increase.

In the first quarter, the national CPI remained unchanged from the same period last year.

Recently, major international institutions have raised their expectations for the Chinese economy.

On April 6, the International Monetary Fund released the latest "World Economic Outlook Report", which predicts that the global economy will grow by 6% in 2021, an increase of 0.5 percentage points from the January forecast.

China's economy is expected to grow by 8.4% in 2021, 0.3 percentage points higher than the forecast in January.

The "East Asia and Pacific Regional Economic Semi-Annual Report" recently released by the World Bank pointed out that with the gradual recovery of the global economy, China's economy will grow stronger in 2021 and is expected to achieve 8.1% growth.

Fitch, an international credit rating agency, raised China's GDP forecast for this year from 8.0% to 8.4%, and said that China is currently the only major economy that has begun to normalize macroeconomic policy settings, and its overall economic performance has been better than expected.

However, we must also note that the new crown pneumonia epidemic is still spreading globally, the world economic situation is complex and severe, the imbalance in the domestic recovery process is still prominent, and the foundation for economic recovery is not yet solid.

Therefore, in front of beautiful numbers, we must stay awake.

The Bank of China Research Institute pointed out in the report that many risks in the economic and financial fields are worthy of attention, including short-term imported inflation risk, the risk of excessively rising macro leverage, the risk of continuous exposure to credit risk, carbon peak, carbon neutral Potential risks brought by the green transformation under the target, etc.