Germany has just banned the plastic bag. But now, of all times, a delivery service is relying on the same plastic bag - a company that delivers with e-cars and places great emphasis on sustainability. Reasons are a circular idea and environmental policy that is too short-sighted. 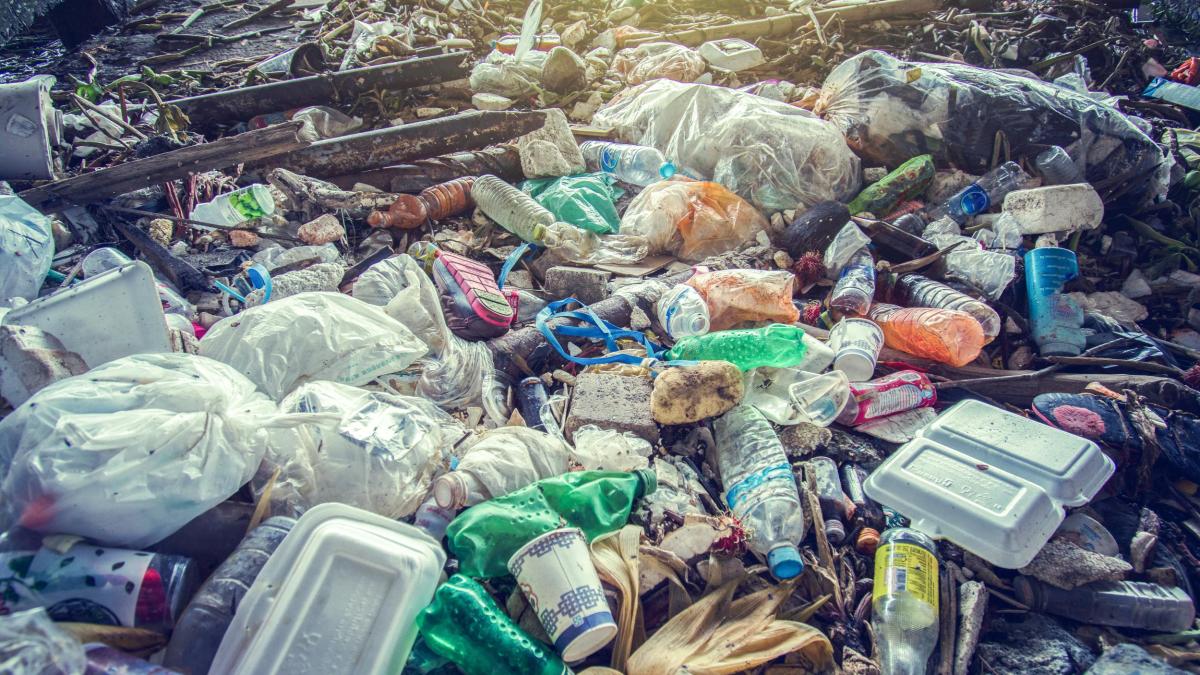 Actually, the plastic bag seemed to be a thing of the past, the topic was ticked off, and the years of struggle between environmental organizations had been successfully concluded.

Use has been falling for a long time.

The recently announced ban on plastic bags on January 1, 2022 in the Federal Law Gazette marks the end of this "sad symbol for the littering of the environment" (Greenpeace).

The Federal Environment Ministry cites the main argument for this step: "One-way plastic bags are a classic throw-away product."

But what if the plastic bag is kept in a safe material cycle as a frequently reused transport container instead of ending up in the bin?

This is exactly what the food supplier Picnic is aiming for: It is considering introducing a deposit on plastic bags.

Probably the fastest growing, larger online service in Germany for the supermarket range, deliveries to customers are generally carried out with electric delivery vans.

The messengers then hand over the ordered items in the controversial plastic bags to the customer - if possible with recycling.

“The recycling rate is already over 80 percent.

"A bag is always best if it is used several times," agrees Katharina Istel, resource expert at the environmental organization Nabu, in principle.

However, this is "not necessarily the case" with a deposit solution.

In the case of plastic, the material is usually shredded and, in the best case, reused for the same purpose.

"The plastic bag leads to question marks at first glance, but if you look at it more closely, it is the better option," believes Picnic boss Knaudt.

Paper bags require more energy to produce and can usually only be used once.

Compared to alternatives such as folding boxes or cotton bags, the ecological balance of plastic bags that are used repeatedly is better.

The Düsseldorf company is based on the example of the Dutch parent company.

Customers there have long been paying a deposit of 35 cents per bag for home delivery.

The money will be refunded when you take it back or offset against the next purchase.

The “deposit plus reuse” concept is “better for your wallet, but also for the environment,” argues Picnic in the Netherlands.

The German Trade Association (HDE) has not yet made peace with the bag verdict, which will come into force in nine months.

"People pretend to fix a grievance that retailers have long since put an end to."

The industry has already reduced the number of plastic bags in retail by 70 percent with the help of a voluntary commitment.

In fact, according to figures from the Society for Packaging Market Research, usage fell from an average of 68 pieces per capita in 2015 to 18 last year.

But the ban is too short-sighted: “The paper bag is no less problematic.” Istel also refers to the high energy consumption and the fact that the paper bags are usually only used once.

Their sales are clearly increasing with the disappearance of the plastic variant, but there is hardly any data available, she criticizes.

This is a failure of the Federal Environment Ministry.

Picnic wants to avoid falling into the wrong light with environmentally conscious buyers with a plastic bag deposit.

"Sustainability is one of our core concerns," assures Knaudt.

For example, the company is careful not to dispose of any food and to work in a climate-neutral manner.

The use of plastic bags has also been carefully checked for their ecological footprint.

Company decisions can have an impact across Germany in the medium term.

Although Picnic has only been active in the west of North Rhine-Westphalia so far, the industry is closely following developments - if only because food market leader Edeka has joined.

In 2019, the supermarket operator acquired a 35 percent stake in the German subsidiary and an additional ten percent in the Dutch parent company.

The fact that Edeka also announced the sale of its own online service Bringmeister to the Czech investor Rockaway four weeks ago is seen by market observers as a vote in favor of Picnic and a sign of greater commitment from Edeka.

Capacities cannot keep up with demand

These expectations are fueled by top personnel.

Edeka recently hired the Italian Gianluigi Ferrari as head of the Everest company, which handles shopping for both supermarkets and picnics.

Ferrari is known as a kind of star among buyers and a “tough negotiator”, according to the trade journal “Lebensmittelzeitung”.

The head office of the Amsterdam company, which was only founded in 2015 by four entrepreneurs, was at times considered the fastest growing company in the Netherlands.

“Corona has significantly increased awareness of our offer.

Many just tried it out, ”says Knaudt.

Picnic describes its delivery system as the "milkman principle".

Orders are only made via the app.

If the order is received by 10 p.m., delivery will be made on the following day, free of charge from an order value of 35 euros.

However, the rapid growth brings problems.

The expansion of capacities is barely keeping pace with demand.

"Not every customer could be served at any time," says Germany boss Knaudt.

The waiting list in Germany currently includes around 100,000 households.

“Our goal is not to keep anyone waiting for more than a few weeks,” he says.

According to the manager, Picnic almost quadrupled its sales in Germany last year, which is well over 100 million euros.

At the moment, an additional 50 to 70 employees are being hired every week.

Ongoing investments are consistently flowing into expanding the delivery infrastructure.

“We have already opened four new distribution locations this year.

We are currently examining possible locations in over 20 cities, ”announced Knaudt.

It is also to be expected that one or two large distribution centers in North Rhine-Westphalia will go into operation this year.

“We are specifically looking for the Cologne / Bonn area,” said the Germany boss.

His company currently reaches around 45 cities with a total of 2.3 million households in North Rhine-Westphalia.

But one is also looking at expanding beyond North Rhine-Westphalia.

Food is considered to be the fastest growing segment in e-commerce, but on a low basis: The share of online trade in Germany is still only in the lower single-digit percentage range.

There is still “a lot of room for improvement” on the market, says Knaudt.

He puts Picnic's market share in the online food trade at 70 to 80 percent, based on the regions in which the company operates.