Dubai recorded an exceptional influx of foreign direct investment during the past year, as it received 455 projects with a total value of 24.7 billion dirhams, according to data from the Dubai Foreign Direct Investment Observatory, and published by the Dubai Investment Development Corporation, an economic institution. 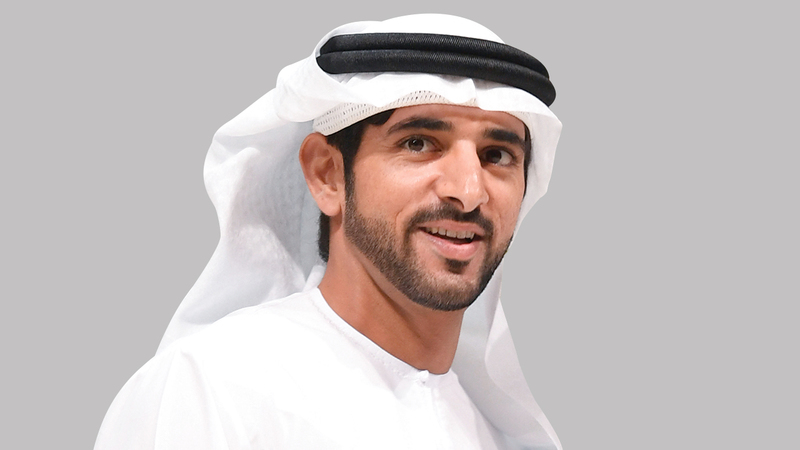 Dubai recorded an exceptional influx of foreign direct investment during the past year, as it received 455 projects with a total value of 24.7 billion dirhams, according to the data of the Dubai Foreign Direct Investment Observatory, and published by the Dubai Investment Development Corporation, one of the Dubai economic institutions, while the observatory data showed that It adopts the methodology of the Organization for Economic Cooperation and Development in tracking the data, that the number of jobs created by these incoming investments is estimated at 18,325 jobs.

With this distinguished performance, Dubai continues to be a global leader in the ranks of the most prominent destinations for foreign direct investment, as in 2020 it ranked first in the Middle East and North Africa region, and fourth in the world in attracting foreign direct investment capital, according to the Financial Times data on investment markets. Foreign Direct Exchange, which is the most prominent global source of data in this field.

It is the fruit of the wise vision of His Highness Sheikh Mohammed bin Rashid Al Maktoum, Vice President and Prime Minister of the UAE and Ruler of Dubai, thanks to which strong foundations have been laid and a clear path has been laid to transform Dubai into a smart and sustainable future city, and confirm its position as the leading gateway to emerging markets in the region and a major center for the economy. Global".

His Highness added: “The sustainability of foreign direct investment flows to Dubai and its advanced position in the region and the world as a leading destination for foreign direct investment during 2020 reflects the continued attractiveness of the investment environment in Dubai, and the confidence of the investor community in its promising economic potential and promising future, as Dubai’s success in containing the (Covid-19) pandemic. The start of the recovery phase in record time is a sure testament to our commitment to provide the best investment environment in the world, and to transform global challenges into new opportunities for growth supported by innovation and technology, and with the participation of Emirati and global talents to make Dubai the best place to work, live and invest. ”

The exceptional performance of foreign direct investment in Dubai in 2020 came despite extremely difficult investment conditions around the world resulting from the spread of the Corona virus and the economic repercussions it caused.

For his part, Director General of Dubai Economy, Sami Al Qamzi, said: “Thanks to the wise leadership of His Highness Sheikh Mohammed bin Rashid Al Maktoum, Vice President and Prime Minister of the UAE and Ruler of Dubai, and the wise guidance of His Highness Sheikh Hamdan bin Mohammed bin Rashid Al Maktoum, Crown Prince of Dubai, President The Executive Council, the Dubai economy has shown great resilience, diversity, and speed of adaptation to the surrounding changes and developments, supported by advanced infrastructure, favorable legislation, and guarantees that ensure ease of doing business. ”

Regarding the most prominent achievements of Dubai in achieving advanced regional and global centers as a leading destination and a global city for the future during the years 2021 and 2022, Al Qamzi added that “Dubai has become an important pivot center in the global economy, providing opportunities for growth and expansion for investors in strategic and future sectors such as financial services, logistics, hospitality and trade. In addition to the technologies of the Fourth Industrial Revolution and accelerating digital transformation in all sectors, industries, and smart city services.

In turn, Fahad Al Gergawi, Executive Director of the Dubai Investment Development Corporation, said: “While we are proud of Dubai’s achievements and its presence in the ranks of the most prominent global cities for foreign direct investment in the future for the year 2021-2022, we are also drawing ideas from hundreds of investors who choose to invest in Dubai to grow their future business. In a sustainable way despite the unprecedented global conditions witnessed in the year 2020. ”

He added, "Thanks to the vision of the wise leadership and Dubai's readiness for the future, global investors and entrepreneurs have been able to achieve success and growth in it over the years."

The most prominent source countries

The most important sectors

The five most prominent sectors in terms of receiving foreign direct investment, which together accounted for 69% of total foreign direct capital inflows to Dubai in 2020, are as follows: accommodation and food services (40%), electric power generation (13%), services Other information (8%), health care and social assistance (4%), in addition to wholesale and retail trade (4%).

Dubai also ranked first in the Middle East and North Africa region in foreign direct investment and capital reinvestment projects, and fourth and eleventh globally in these two categories according to data from "fDi Markets".

Venture capital: Dubai's dynamic ecosystem of innovation, entrepreneurship and venture capital has enabled startups in the city to attract capital estimated at 2.36 billion dirhams through 31 investment deals in 2020.