In the United States, an attempt to organize an Amazon warehouse in Alabama failed. With 1,798 votes against unionization and only 738 in favor, this failure is a victory for the e-commerce giant. Faced with working conditions, employees want to continue the fight. &amp; Nbsp; 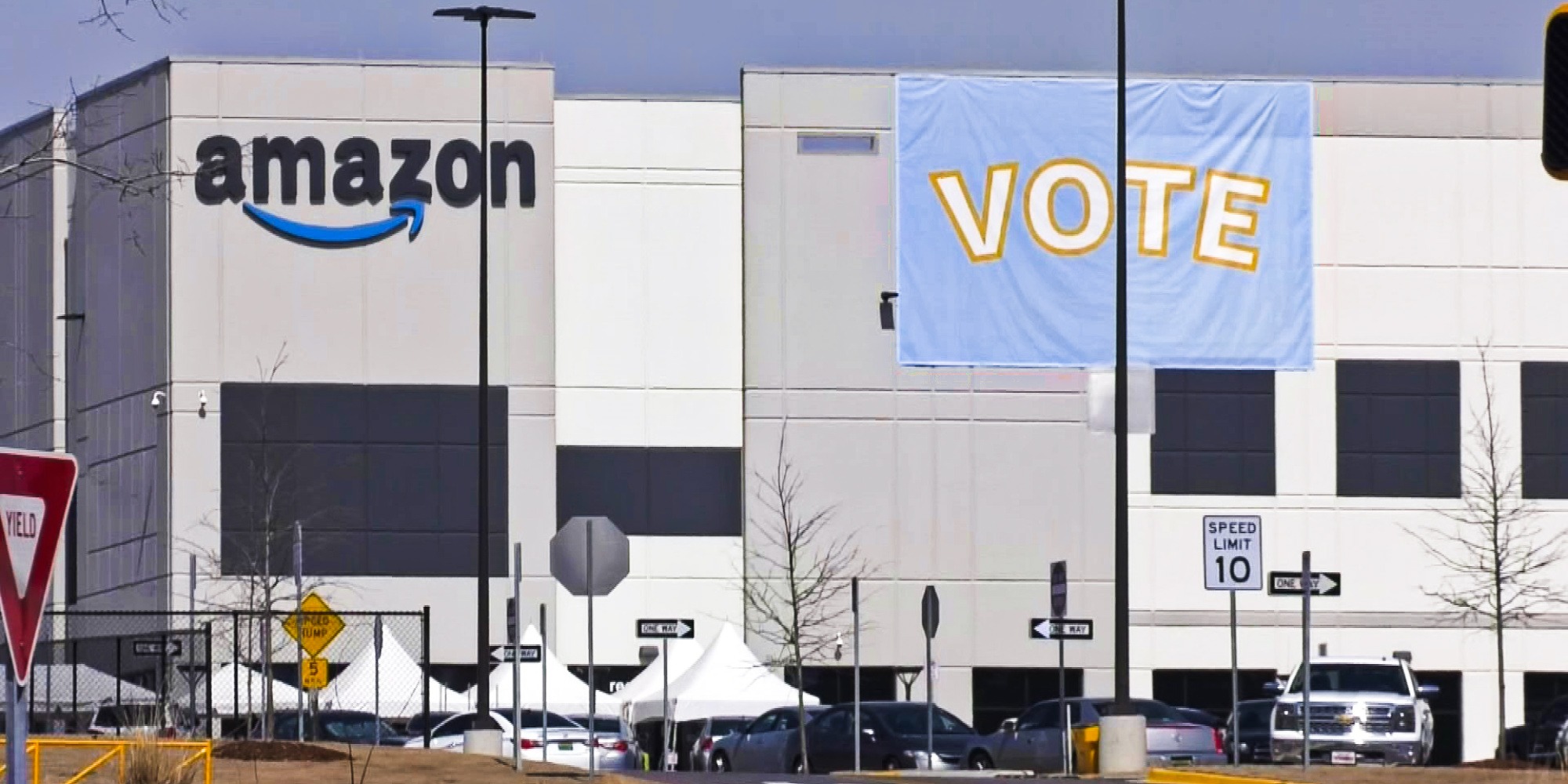 In the United States, an attempt to organize an Amazon warehouse in Alabama failed.

With 1,798 votes against unionization and only 738 in favor, this failure is a victory for the e-commerce giant.

Faced with working conditions, employees want to continue the fight.

Amazon workers' movement to create a union in an Alabama warehouse, which would have been a first for the group in the United States, ended in failure at the polls on Friday.

Of the 3,215 ballots received from the Bessemer warehouse, 1,798 were against unionization versus 738 in favor of RWDSU, the national distribution union that employees wanted to join.

Several hundred ballots were contested or deemed invalid, but the "no" camp is already assured of obtaining a majority of the votes.

The result marks a clear victory for the e-commerce giant.

"Union representation is a choice for employees, but many of them clearly preferred the opportunities of a labor market offering good wages and benefits to the anonymous nature of a collective agreement," responded David French of the national distribution federation, representing professionals in the retail trade.

Interrupted Thursday evening, the vote count, overseen by the National Labor Relations Board (NLRB), the federal labor law agency, ended Friday morning in Birmingham, the capital of Alabama, a conservative state and poor people in the southern United States.

Support across the country

"Amazon has spared no effort to drive its own employees mad," reacted Stuart Appelbaum, president of RWDSU.

"We will not let Amazon get away with their lies, deceit and illegal activities," he added.

The union announced that it would file a complaint with the NLRB "against all the scandalously and blatantly illegal actions taken by Amazon during the union vote."

The union had won a first victory last year, gathering enough signatures to organize a vote.

Bessemer's movement then took on a national dimension.

He has seen backing against union workers - artists, Democratic and Republican parliamentarians, and even President Joe Biden - and Amazon, whose businesses flourished during the pandemic.

The Seattle group and the RWDSU clashed online.

On the ground, Amazon has been making its case against unionization with texts, posters and weekly briefings in the warehouse for months, while unionists canvassed employees at the entrance to the warehouse. warehouse day and night.

"We will keep trying"

Pro-union employees complain of hellish rates, lack of time to go to the toilet or to eat, the lack of safety protections (especially against Covid-19) and insufficient wages for the work required.

For its part, Amazon defended itself by recalling that wages start at $ 15 an hour (more than double the minimum wage in Alabama) and that it provides social benefits, such as health coverage.

The group ensures that its employees have the necessary breaks.

Amazon, the second largest employer in the United States with 800,000 employees, is regularly criticized on the front of social and environmental responsibilities by associations and some of its employees.

"We will continue to try," Sondra Hill, a part-time warehouse worker, told AFP who was very disappointed with the result of the vote.

"But I don't think I will continue to work there for much longer."

Despite the defeat at the polls, Darrell West, an expert at the Brookings Institution, believes that "Amazon's vote is a major milestone for the labor movement in the United States, as it is one of the first attempts to organize part of the digital economy. "

"Our labor law is biased"

In early January, Google employees announced the creation of a union after disagreements with their leaders over the dismissal of researchers working on ethical issues related to artificial intelligence.

For Rebecca Kolins Givan, associate professor at Rutgers University in New Jersey, "our employment law is biased against the people it is meant to protect."

"It is extremely difficult for employees to organize a union and incredibly easy for employers to brutalize them to prevent them from doing so," continues the academic.

"Amazon has spent a lot of money in Bessemer hiring the best anti-union lawyers in the country and fiercely sowing fear and uncertainty in the workforce. Their investments have paid off."