Release of the South Korean oil tanker by Iran: the underside of a diplomatic quarrel

The Iranian Foreign Ministry has confirmed the release of the South Korean oil tanker seized on January 4 for marine pollution in the Persian Gulf region. This is the epilogue of a ... 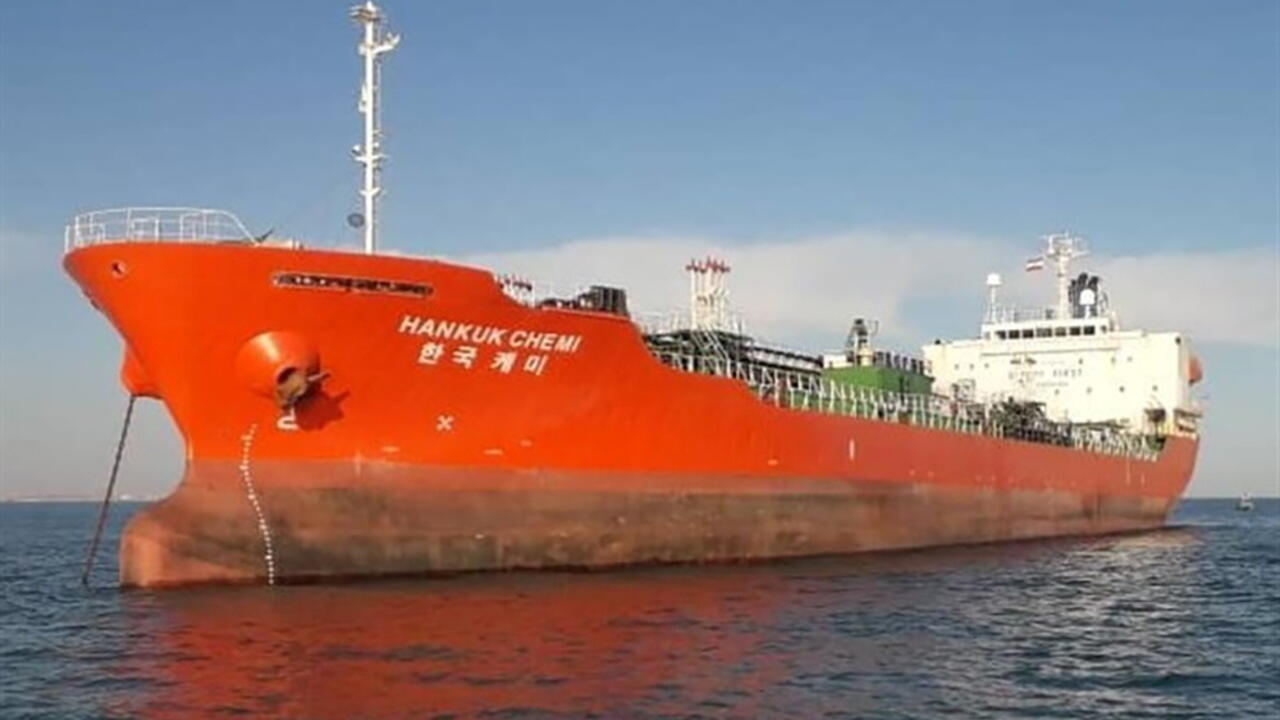 Release of the South Korean oil tanker by Iran: the underside of a diplomatic quarrel

The Hankuk Chemi, the South Korean ship seized by Iran and released on April 9, 2021 .. VIA REUTERS - WANA NEWS AGENCY

The Iranian Foreign Ministry has confirmed the release of the South Korean oil tanker seized on January 4 for marine pollution in the Persian Gulf region.

This is the epilogue of a diplomatic crisis between Iran and South Korea and in which the United States has not only figured.

From our correspondent in Tehran,

After the end of the investigation (...) and at the request of the shipowner and the South Korean government, the prosecutor ordered

the release of the ship,

The captain and the ship had no precedent of (marine pollution) crime in the region, which favored the prosecutor's decision

The ship had been escorted to the port of Bandar Abbas with its twenty crew members.

Very quickly, the Iranian media then raised a dispute between Tehran and Seoul over several billion dollars to have Iranians blocked in South Korean banks in accordance with the American sanctions imposed by former President Donald Trump since 2018, date to which the United States left the 2015 nuclear agreement with the great powers.

In February, Iran had allowed all crew members except the captain to leave the country on humanitarian grounds, but most remained on board to maintain the tanker.

Iran was one of South Korea's main suppliers of oil and derivatives, but under pressure from the United States, Seoul ceased its imports and blocked Iranian assets, which are between seven and nine billion dollars. dollars.

For its part, South Korea exported cars or electrical and electronic products to Iran and controlled part of the Iranian market.

Which has since ceased, with the Iranian government running out of money to import foreign goods, including foreign cars that are banned from entering the country.

Iranian assets, estimated at several billion dollars, are also stranded in other countries under pressure from the former US government which had opted for a policy of "

" against Tehran to force the country to reduce its nuclear program and ballistics and change its regional policy.

But Tehran refused to give in and, contrary to the expectations of the Americans, relaunched its nuclear program, in particular by making 20% ​​enrichment while according to the 2015 agreement it must be limited for at least ten years to enrichment. less than 4%.

Unofficial negotiations have taken place in recent months between Tehran and Seoul to find a solution both to free the South Korean oil tanker but also to allow the release of Iranian assets.

In early March, South Korea announced that it had found a solution to unlock part of Iranian assets but was awaiting the green light from Washington.

The Iranian media then spoke of a billion dollars.

But US Secretary of State Antony Blinken had said Washington would oppose it unless the Islamic Republic again fully complies with the Iranian international nuclear deal.

Tehran also rejected such a solution by demanding the release of all Iranian assets.

: Iranian nuclear: Tehran inflexible on the lifting of sanctions

Iran has been hit hard by the US sanctions imposed since 2018. New US President Joe Biden, who during his election campaign said he was in

favor of the United States returning to the nuclear deal

, has yet to lifted the sanctions imposed by his predecessor despite the hopes his election had created in Iran.

The Iranian economy is bloodless.

The country's exports, which were in the order of two and a half million oil per day after the 2015 agreement, had fallen to less than one million, or even 500,000 barrels, last December.

Inflation has reached 50% and the value of Iranian currency has fallen sharply in recent years.

A vertiginous fall which had inflationary effects on all products, in particular everyday consumption, directly affecting the most disadvantaged sections of the population.

The negotiations currently being conducted in Vienna between Iran and the powers of the 4 + 1 group (Russia, China, France, United Kingdom and Germany) and indirectly with the Americans who are present in the Austrian capital, have they made it possible to unlock the situation to allow the release of the South Korean ship and at the same time the Iranian assets in the South Korean banks?

Indeed, without the agreement of the United States, Seoul does not want to take the risk of such a decision.

The question is whether the release of the South Korean ship is part of a larger deal between Iran and the United States on the nuclear issue.

Indeed, Tehran badly needs access to its assets blocked abroad to help loosen the grip on its economy.

If this information is confirmed, Tehran could hope for a release of its assets.