Real estate investors in Dubai and Sharjah demanded that the service fee clause be included in the initial contracts for real estate sales, indicating that this would allow them to determine the expected investment return on their investment, in light of the exaggeration of imposing these fees by some developers. 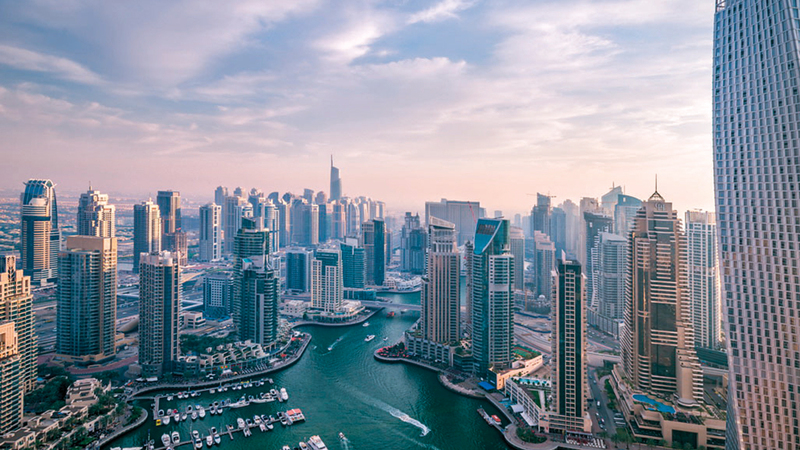 Experts have confirmed the possibility of application according to certain controls and conditions, including that it is based on "careful study."

Real estate investors in Dubai and Sharjah demanded that the service fee clause be included in the initial contracts for real estate sales, indicating that this would allow them to determine the expected investment return on their investment, in light of the exaggeration of imposing these fees by some developers.

They told «Emirates Today», that this will have a good impact on real estate investment, pointing to the treatment of these fees in terms of increase and decrease, as the rental matters are dealt with according to the market situation.

For their part, real estate experts evaluated the investors ’proposal, confirming that it can be applied according to certain controls and conditions, including that the fees are based on a careful study of the property.

They noted that implementing the proposal will have a positive impact on the real estate market, as well as enhance confidence between the developer and the investor.

In detail, the real estate investor in Dubai, Salem Al-Ali, said that if service fees were placed in sales contracts, it would have an interest on investors.

He added, "As a real estate investor, I must know the expected investment return after deducting expenses and fees, including service fees, which are my biggest concern as an investor. I want to increase my investments in the sector."

For her part, the investor (Habiba K.) said that she has a real estate investment in the Emirate of Sharjah, but she suffers from high service fees after the purchase process, demanding that these fees be clearly written in the sale contract, and that they be treated in terms of increase and decrease as they are dealt with Rental matters, according to the market situation, to be reviewed every three years, and they must be clear to investors.

He explained, "We, as real estate investors, prefer that things be clear from the beginning, in addition to the fact that the investor calculates his investment returns before starting the investment, and leaving these matters without control may affect the investment in the future."

The investor in one of the large projects in Sharjah, who identified himself as (A.A.), said that if service fees are not mentioned in the sales contract, the investor will have problems with the developer after receipt, confirming that this happened with him as he was surprised that the service fees Overpriced and not commensurate with what he had expected from services.

In addition, the real estate expert, Chairman of the Board of Directors of "W Capital" Real Estate Brokerage, Walid Al-Zarouni, confirmed that implementing such a proposal will have a positive impact that will help move the real estate market, because such ambiguous matters put obstacles in front of the real estate investor and must be clarified until He reassures his investments.

Al-Zarouni said that the real estate developer must mention the service fees imposed in the sale contract, in order to enable the investor to calculate the return and be aware of all the fees that he will pay, pointing out that the annual service fee is one of the obstacles to investing in the real estate sector at present.

Al-Zarouni added that the investor's first inquiry is about the value of these fees, pointing out that the application of a decision from the Real Estate Regulatory Agency or the Property and Land Department in Dubai to determine the price of fees is not difficult, as it determines the fees in each region, and then the developer must mention them exactly or at the approximate value. As if it ranged between 10 and 12 dirhams per square foot, for example.

In turn, the real estate expert, CEO of Standard Real Estate Management, Abdul Karim Al-Mulla, said that finding a mechanism to solve this matter would increase confidence in the local real estate market and increase the standards of transparency required for the interest of investors and the growth of the market as a whole.

Al-Mulla stressed that it is better to determine the service fees in the sale contract, as the investor is surprised by an additional cost that he did not consider before considering the purchase, which affects the expected return on the investment.

In the same context, real estate expert Muhammad Abu Harib said, “Some real estate developers do not disclose the service fees before signing the sale contract, and do not mention the old price and claim that they cannot specifically mention the price of a square foot, under the pretext that the owners’ association has not yet decided the price per square foot. ».

Abu Harib stated that, of course, this violates contract laws and conditions with the developer, pointing out that this constitutes an obstacle for investors in determining the return on investment or the expected loss upon receipt of the property.

Abu Harib suggested that the project manager contact the competent authorities in the Owners Association and determine the actual construction value and the quality of the actual finishing, in order to produce a mechanism to correctly calculate the annual service fees, and then these fees are included before the project is launched, and the investor is aware of the total price of the real estate unit fees. In which he invests, stressing that adopting such a mechanism will support the real estate market and enhance investor confidence to pump their money into the sector.

The real estate expert and managing director of "Harbor Real Estate", Muhannad Al-Wadi, also considered that writing the service fees in the sales contract as the contracting law is considered a good proposal, so that the owner or investor can calculate the expected return on investment from his purchase of the property.

He explained that there are three types of buyers in this regard, the first one does not know at all about the service fee, then he is surprised by it, and then complains about paying fees that he did not know about what is considered a lack of awareness, while the second is the buyer who did not give him the value of the service fees and was surprised by its assessed value Later on, while the third type, it is the one who agreed with the developer on a specific value and was asked for a higher value.

He indicated that there are some conditions that must be met for a successful implementation of this proposal, the most prominent of which is that the writing of service fees is based on a careful study of the property and not a number written in the contract only, as the consultant working on the project must have an owner association management company, and an expert in Real Estate Department, to assess the value of the assessed service fees

He added that among those conditions also, taking into account the change in the value of fees in the event of emergency, for example when applying a tax, or when a major problem, breakdown or fire occurs, which increases the value of insurance, as there are urgent matters that must be changed and repaired, in addition to changes in laws.

For his part, the real estate expert, Abdullah Kazem, considered that the proposal to write service fees in the sales contract is an important step to build confidence between the developer and the investor and enhance transparency between the two parties, indicating that the reality of the market today shows that although many developers are putting the terms of the contract into dozens of Pages, except that the provision of service fees is a rare case in the market.

He added that the implementation of this proposal is a good initiative by some developers, which requires legislation to unify the contract system, so that there will be a unified sales contract for all developers.

The real estate developer and CEO of Al-Waleed Investment Company, Muhammad Al-Mutawa, said: “In general, there is a difficulty in estimating and determining the value of service fees, as some companies add them in the contract, but it is a matter of tempting buyers at first as they set low prices in the first year, then the buyer is surprised that the year The second prices are according to the market.

Al-Mutawa pointed out that maintenance prices change from one year to another, so it is difficult to determine the fees in the long term, adding that they can be set for at least two years only, as a maximum.

The legal advisor specializing in real estate affairs, Muhammad Al-Qawasmi, said that the service fees in the sales contract are not fixed, because they depend on the nature of the services provided in the project, for example there are "five stars" and "two stars" or "one star", and the level of services in them varies, Therefore, we find a project that puts a service fee of 30 dirhams per square foot and another that puts only 10 dirhams.

He added that determining the value of fees also depends on the actual cost of the service, pointing out that the Dubai Real Estate Regulatory Agency (RERA) provides an indication of service fees that shows the prices traded in the market, and there can be an annual budget that defines fees, whether increase or decrease accordingly.