The controversial airline Plus Ultra has broken its silence and has issued a statement in which it defends its public rescue of 53 million, because `` it is a strategic company ... 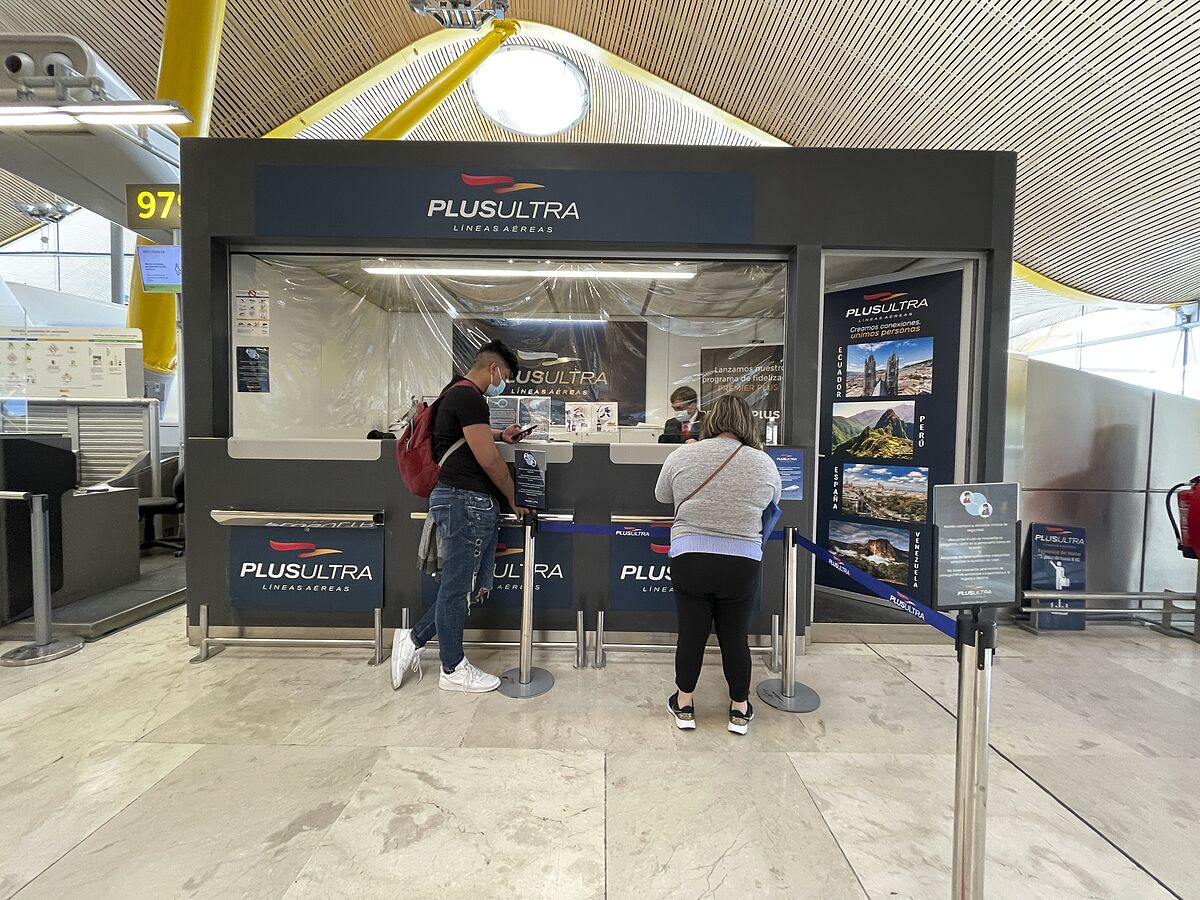 The controversial airline Plus Ultra has broken its silence and issued a statement in which it defends its public rescue of 53 million, because

"it is a strategic company for the Spanish market

It argues that it "guarantees the proper functioning of the Spanish market as regards the non-alteration of competition. If it disappears, a monopoly would be established in the market since many of its routes would only be operated by Iberia-Air Europa in if the merger operation in progress is closed, as everything seems to indicate that it will happen soon ".

He also maintains that the maintenance of Plus Ultra is "strategic to advance one of the key objectives of the Spanish State: to position the Adolfo Suárez-Madrid Barajas Airport as one of the main

of Europe, in competition with countries like Germany, France or the United Kingdom ".

It also states that "it

" and, although the Venezuelan Rodolfo Reyes is listed in the Mercantile Registry at the head of the shareholder companies that control more than 50% of the capital, he assures that the The State Air Safety Agency has taken into account to give it a license that "most of the capital and that more than half of the members of the company's board of directors are Spanish or EU."

Plus Ultra does not deny that it has received 53 million in state aid, even though it had no benefits before the pandemic, but plays down the importance because it considers it normal in its sector to take up to five years to be profitable. "Plus Ultra was on its way to making a profit. operating in 2020, which places it within the average for the aviation sector. According to different sources, most newly created airlines take between three and five years to be profitable. "

Nor does it deny that, in order to be solvent before the State Industrial Participation Society (Sepi), "an equity ratio close to 70% was calculated, taking into account both external financing and the capital of the associates."

accounting for the strange

loan from a Panamanian bank, Panacorp

, linked to the company's own Venezuelan shareholders.

In any case, he points out that the 53 million

"is also a loan that Plus Ultra will repay within seven years and, in no case, a non-repayable aid.

It will be used to guarantee the continuity of the company. , to preserve competition by avoiding a monopoly on several routes, benefit the thousands of users who use those routes, and to help maintain the direct and indirect jobs of more than 2,500 Spanish families generated by the airline that, in one important part, they would be doomed to disappear ".

Plus Ultra does avoid mentioning its current monopoly situation on flights to Caracas and focuses on ensuring that in the past "all repatriation flights on said route have been operated by the three Spanish airlines -Iberia, Air Europa and Plus Ultra Lines. Air - according to your requests to the authorities ".

Spain Ignacio Molina: "Juan Carlos I has repercussions on the external image of Spain, but it will not be something permanent"