"Central": Extending the period of facilities available to banks until the end of 2021 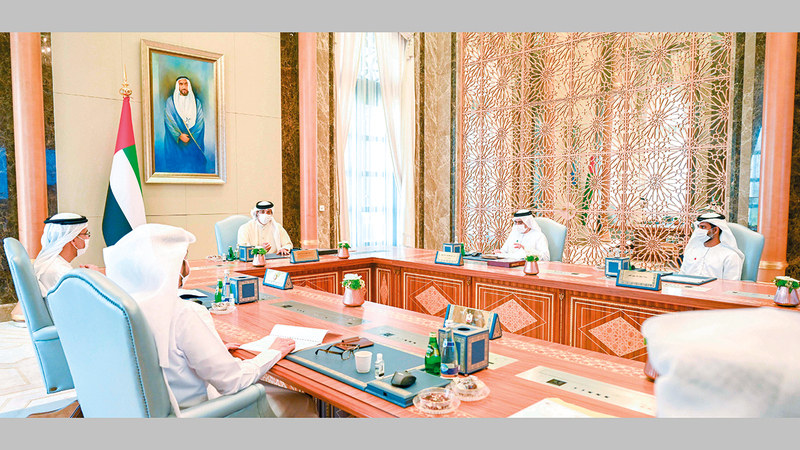 "Central": Extending the period of facilities available to banks until the end of 2021

Mansour bin Zayed during his chairing the meeting of the Board of Directors of «Central».

The meeting reviewed the topics on the agenda, most notably a note submitted by the Banking Supervision Department, which included proposals on financial activities and policies for licensing financial institutions, in addition to a memorandum on enforcement measures taken against establishments that violate the instructions and regulations of the Central Bank.

The Council approved the requests to establish national banks and institutions in the country, while also approving the issuance of a license to establish a specialized bank operating under the low-risk banking system.

The attendees were also briefed on the report of the comprehensive economic support plan, and its role in alleviating the financial and economic pressures resulting from the "Covid-19" pandemic, as well as the decision to extend the period of zero-cost facilities in the amount of 50 billion dirhams available for the use of banks and financing companies, as part of the postponement program. Payments of customer loans from individuals and sectors affected by the repercussions of the pandemic until the end of 2021, with these facilities being included in the recovery program to help banks grant new loans to these dealers until the end of June 2022.

The Council also approved the third and new issuance of the paper currency, in line with the state’s preparations for the "50th" year, as the new currency includes the latest security marks for printing paper currency, in accordance with international standards.

Governor of the bank

At the end of the meeting, His Highness Sheikh Mansour bin Zayed Al Nahyan thanked Abdul Hamid Mohammed Saeed Al-Ahmadi, who decided to leave his post to retire, after accomplishing the task entrusted to him, as he praised his efforts during his tenure, under exceptional circumstances during which he successfully accomplished the task, and worked during His period of work to absorb the negative repercussions resulting from the pandemic, and to ensure that the monetary and financial system in the country is not affected by the repercussions of the crisis, and he also worked to remove many of the obstacles that were facing the banking sector, mainly during the crisis period.

His Highness Sheikh Khalifa bin Zayed Al Nahyan, President of the State, issued a decree appointing Khalid Muhammad Salem Balam Tamimi, Governor of the Emirates Central Bank, as he has more than 30 years of experience in the field of banking, and he also held the position of Deputy Governor of the Central Bank, before taking over His new position.

- “The Central Bank” approves a license for a bank that operates according to a “low risk” system.